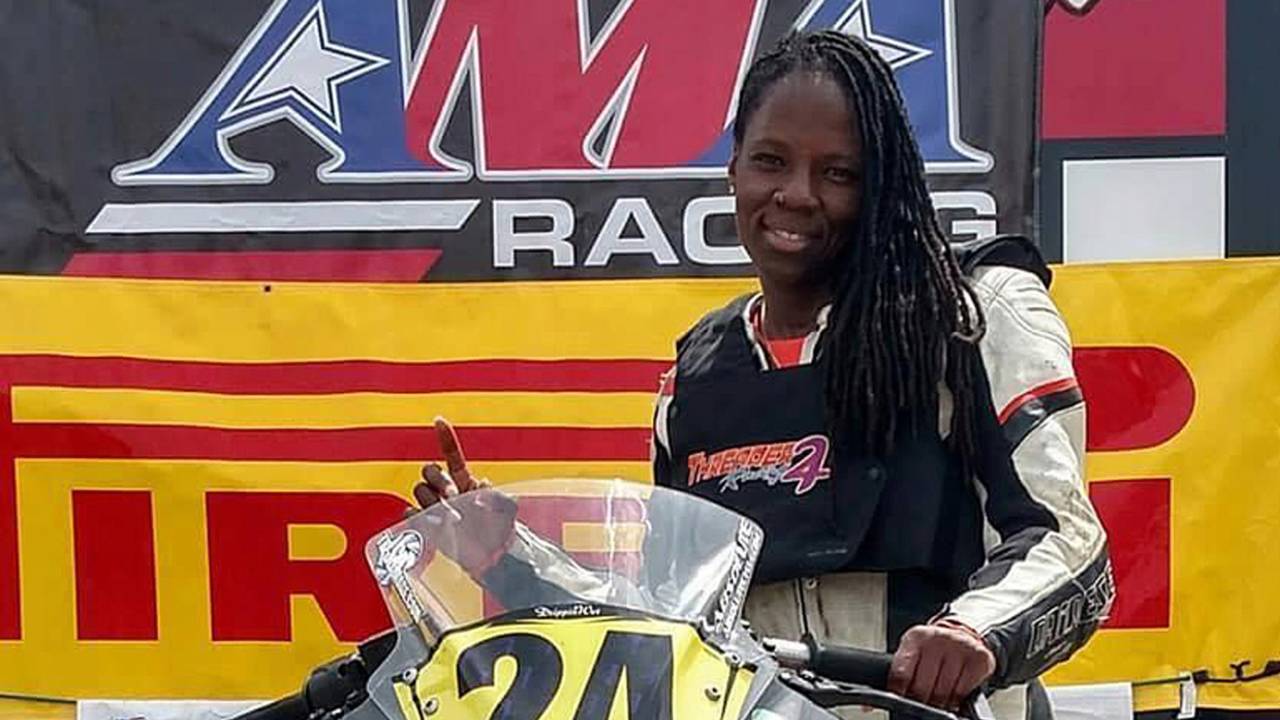 Joi Harris was killed Monday while filming a motorcycle stunt for the movie "Deadpool 2" in Vancouver, British Columbia.

Road racer Joi “SJ” Harris died Monday in Vancouver, B.C., while attempting a motorcycle stunt for the film “Deadpool 2.” Reportedly the first African-American professional female road racer in the US, the Brooklyn native lost control of the motorcycle and crashed into a building. She had practiced the stunt successfully several times prior to the accident.

Harris, who began riding in 2009, was featured in a 2015 profile in Black Girls Ride magazine.

"Sisters on the track are few and far in between. I want to show them that there's more for them to be exposed to," Harris said. "I want to get kids interested through experience."

According to BBC News, Harris trained at New Jersey Motorsports Park, and began racing professionally in 2014 in the American Sportbike Racing Association Championship Cup Series. She was sponsored by the Absolute Cycle Experience Track Day Organization.

The movie role was her first as a stuntwoman, doubling for the character named Domino, played in the film by actress Zazie Beetz. Harris was not wearing a helmet during the filming, since the character was not wearing one in the scene. Film production has been suspended, and the accident is under investigation by the Vancouver police.

Harris recently addressed a question about the fear of crashing on her website. (“I’m) not quite scared, but it crosses my mind at times, but a racer can’t let it stop us.” She had last raced on June 2 and took first place in the ASRA Moto3 Amateur class. “Two podiums and three top finishes,” she wrote on her Facebook page.

A production team member reported that there had be two full days of rehearsals, and that the stunt had been completed at least five times before filming began. "Deadpool" star Ryan Reynolds said he was "heartbroken, shocked and devastated" at Harris’s death. Cast member Josh Brolin said on Instagram, “We are mourning the death of a beautiful woman who died tragically this morning on our set. I never met her, but I know she was a friend, a sister, a daughter and a mentor. And the heart breaks and will slowly mend together as time sews beautiful memories honoring her."