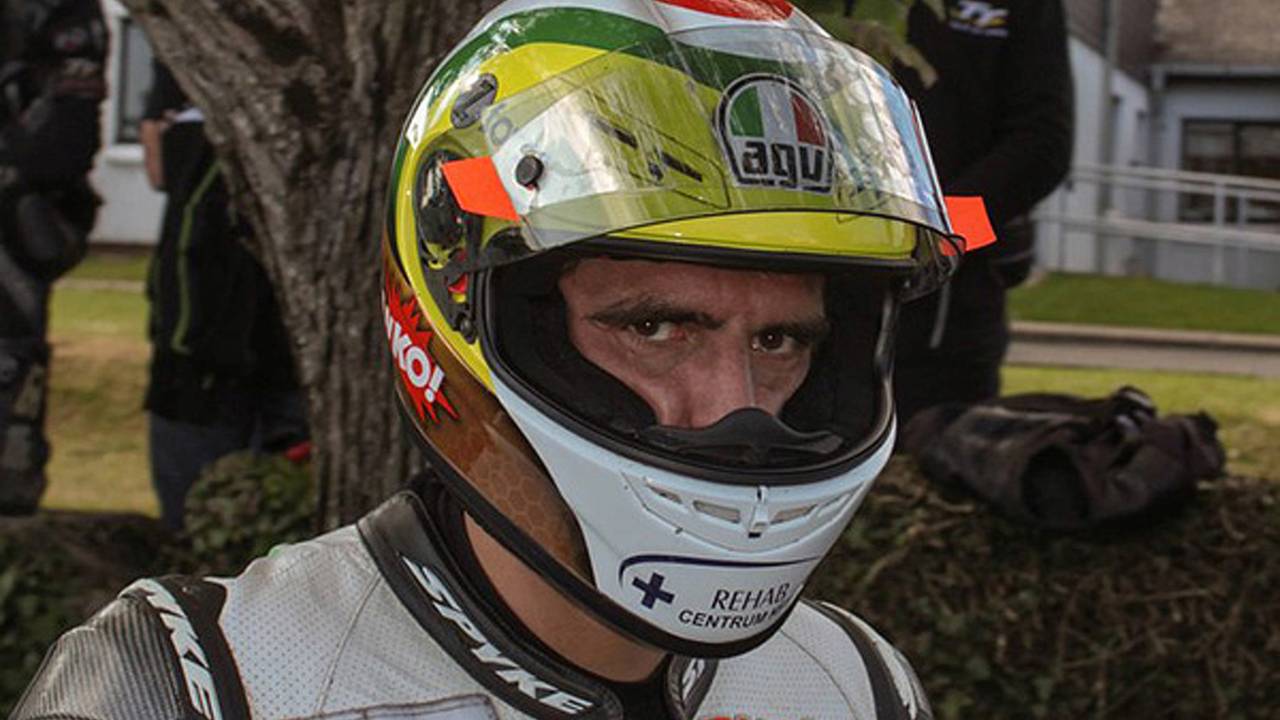 Hungary's only real road racerEarly in January, my phone rang. Sandor Bitter was on the line, the only real Hungarian road racer. By “real” I mean...

Early in January, my phone rang. Sandor Bitter was on the line, the only real Hungarian road racer. By “real” I mean the Isle of Man TT, Northwest 200, Ulster and Macau. He wanted to tell me that he’d just signed for Britain’s legendary Ice Valley Team, racing for them at this year’s TT, Northwest 200 and even some BSB races. After the obligatory datura, I asked him a few questions.

HFL: It seems like this season, with this team, could be your best yet.

Bitter: From the technical support side and the qualities of the Ice Valley Team, I share your opinion. I mean, the S1000RR is a good choice too, it’s a really good bike. I’ll be racing last year’s model.

On the other side, real road racers aren’t just dependent on the bike. The people accustomed to each other on my team, they know first thing in the morning what they have to do to be successful on that day. This is essential on the Isle of Man, even if you have a lot of money, you can’t be successful there without a fast rider.

I’m excited to race with Simon Andrews too. Together, we can catch the top guys, which he proved at the Macau GP with 3rd place.

HFL: How many bikes will you use? Will they be Superbike or Superstock spec?

Bitter: I’ll ride with a Superstock bike in all classes (Superstock, Superbike, Senior TT). But, I’m not in trouble, it’s powerful enough. My BMW is an FIM homologated stock bike, which runs in the World Championship. When Hutchy won in all classes in 2010, he used a Superstock too. For me, it will be a little different just because I’ll use the 17-inch wheels instead of the 16.5s.

Otherwise, the NorthWest 200 will be great this year too. The organizers plan night races. I want to make that and maybe a few Superstock races in the British championship.

HFL: Is it true that some racers practice during the night at the Isle of Man?

HFL: But we heard a few years ago about the cops catching some riders.

Bitter: Yeah, I heard that too. It’s true that many years ago we rode in the early morning, like 4am, with street legal bikes. But, unfortunately, two Swedish newcomers died during one of those early rides and, after, the organizers banned these rides and keep a close eye on us.

The last few years, we’ve developed a new form of practice with my friends like McGuinness and Gary Johnson. One of us drives a car, the other, next to him, is the co-driver and the last sits in the back blind folded and dictates the route — corners, braking distances and gears. McGuinness plays with us sometimes, he doesn’t brake or change gear until we tell him to, so the situation can get really…hot.

We use our own notation too. We stop with the car at critical points of the course and climb on a big tree to put up warning signs. Everybody uses their own color. It’s very important, because every rider uses his own personal line, where he performs at his best. The signs help us assess turn in points. You can’t allow yourself to leave five or six seconds in a long chicane.

Otherwise, we just analyze my fails. I don’t crouch enough on the long straights and sometimes keep a little too much throttle in reserve. Maybe I’m trying to save myself.

HFL: Where will you finish in this year’s TT?