Kalishnikov Branches Out From Rugged Guns to Rugged Bikes 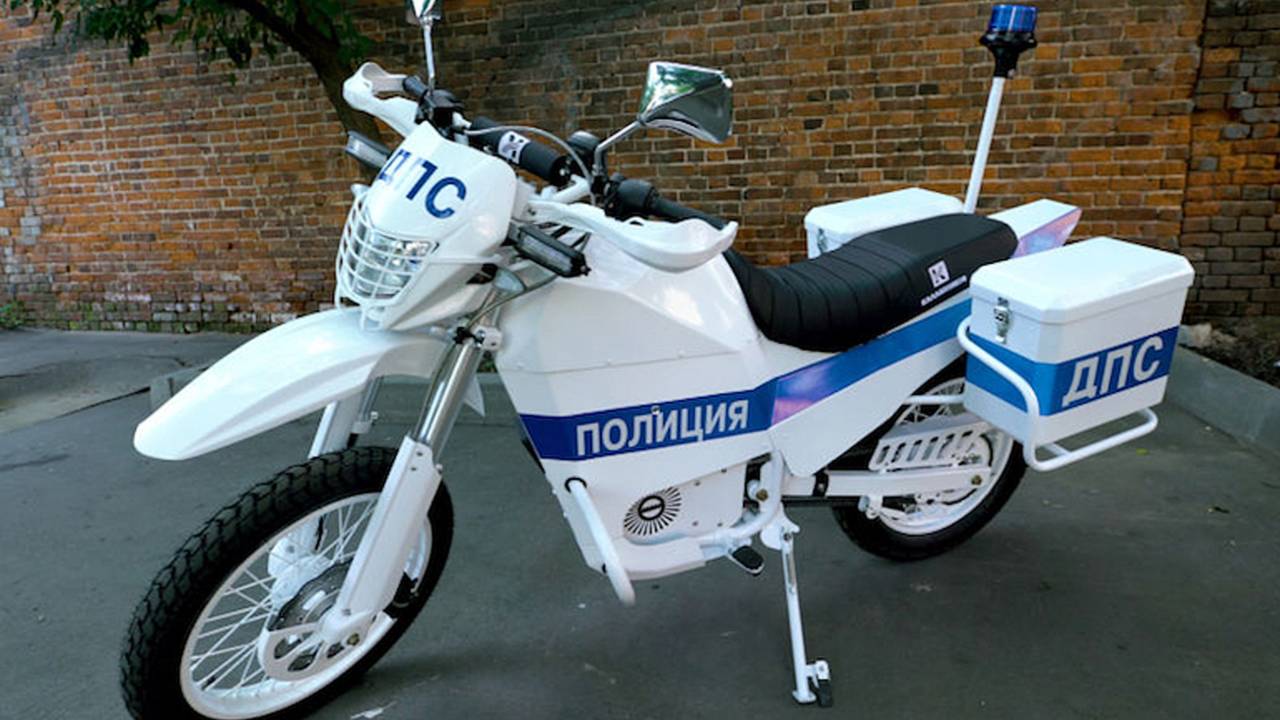 Weapons manufacturer Kalishnikov is expanding into the electric motorcycle business for police and military applications.

Avtomat Kalashnikova-series rifles – the venerable AK-47 and its numerous progeny like the AKM and AK-74 – are the weapon of choice for various armies, militias, and revolutionaries throughout the world. Now, after decades of weapons manufacturing, Kalishnikov Group is expanding its shot pattern with a new electric motorcycle. Introduced last month at the International Military-Technical Forum in Russia, the sparkster is reportedly slated for use by the Moscow police during the World Cup soccer games next year.

According to our pals over at Lanesplitter, the thus far unnamed (Kalectrikov?), the machine is built by Kalishnikov subsidiary IZH, which began producing motorcycles in 1928. Production ramped up after World War II, when the Soviet government acquired a DKW plant in east Germany as part of the allies’ war reparations agreement, and moved the tooling to the Ural Mountains. IZH is not associated with the motorcycle and sidecar manufacturer MZ-Ural, which began production in 1941.

The police version of the new electric reportedly has a range of around 100 miles. The report contained no information on the motor’s power output, battery capacity, or charging data. The machine is apparently a fully-faired version of the military model, with a conventional fork, single front disc brake, and crash bars. It lacks the camo-model’s rather rudimentary looking handlebar rifle rack, which is presumably built to hold an AK.

The Lanesplitter story also included a blurb on the American-made SilentHawk hybrid, built under military contract by Logos Technologies of Virginia. Now in its second generation, the SilentHawk uses the Alta Redshift MX platform, incorporating a multi-fuel generator to recharge the battery in field conditions where another power source is unavailable. The company is also developing a two-wheel drive version.

READ MORE: You're In the Army Now - Motorcycles at War

“When the rider is out of harm’s way, and the range extension system is engaged to charge the motorcycle’s propulsion battery, and to provide auxiliary power for equipment, it’s still only as loud as a vacuum cleaner,” said Dale Turner, SilentHawk program Manager.

Will the development of electric and hybrid drive off-roaders cause a renaissance of military motorcycles? Who knows. If it does, we'll make sure to keep you abreast of the situation.