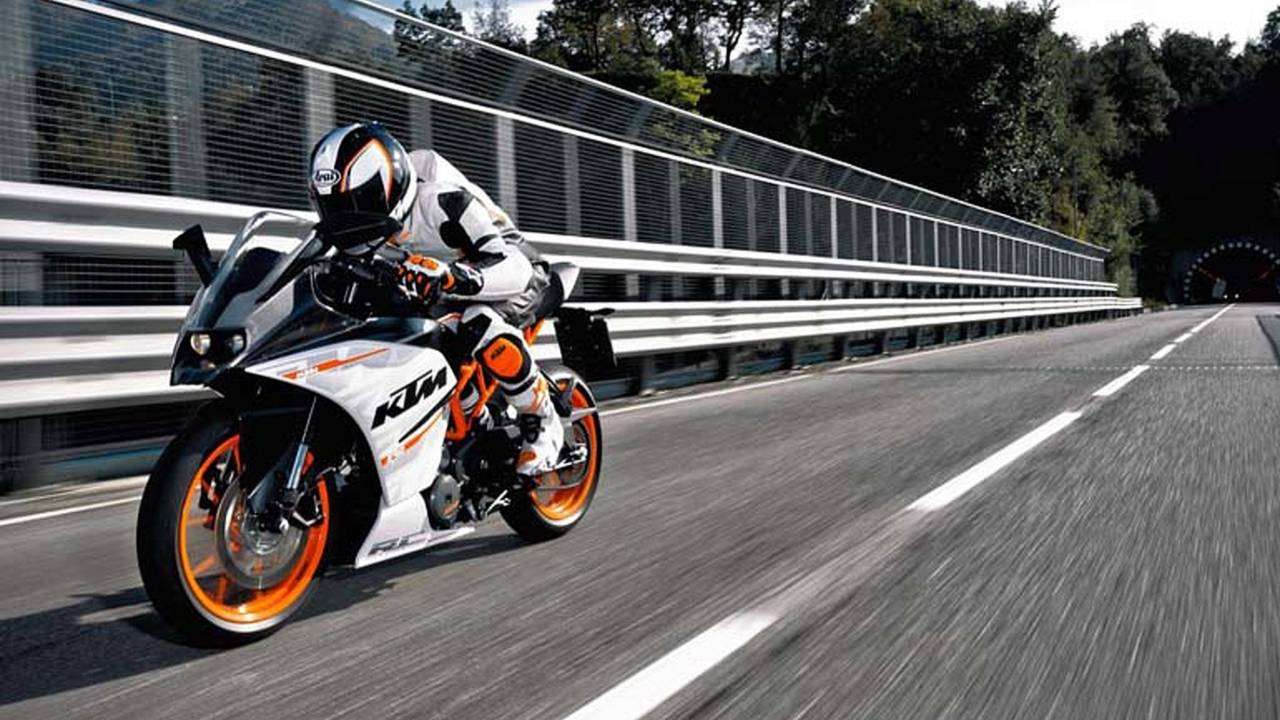 Ready To Race KTM has pulled the cover off its updated small-displacement sport bike to reclaim its crown in the entry level sport class.

Austria's KTM aims to take the top spot in the small-displacement sport bike marketplace with an updated RC390. To accomplish this herculean feat, KTM threw a host of updates at the little two-wheeler, a few of which were developed in and then borrowed from the pricey Race-Spec RC 390 that is exclusively used in dozens of race leagues, such as MotoAmerica’s RC Cup.

Among the probable racing-derived changes made for 2017 are the new side-mounted exhaust, a new power-assist slipper clutch, and a new ride-by-wire throttle. KTM claims that the latter upgrade allows for noticeably smoother acceleration from the top to the bottom of the rev range while also boasting superior fuel efficiency than the previous generation. The RC 390’s naked counterpart, The Duke 390, also received a myriad of updates for 2017 and, with so many interchangeable parts, it’s only natural for many of them to find their way onto the little sport bike.

Like the 2017 baby Duke, the new RC 390 gets updated ergonomics with a new seat and new adjustable clutch and brake levers. The 2016 RC 390 was a blast to ride on both the street and track, as the old “It’s more fun to ride a slow bike fast than a fast bike slow” ethos very much applies to these small-displacement machines. Mortals like myself who will never be able to fully exploit the potential of today’s liter-bike offerings can actually push the RC 390 to close to its limit. That being said, riders like Brandon Pasche and Jackson Blackmon prove how fast these machines are when in the hands of the right pilot.

The last generation RC 390 and Duke 390 were both great bikes at an affordable price. They are both responsible for for luring a lot of new riders into a lifelong obsession with their good looks and easy handling. The updated Duke 390 was met with a warm reception, since KTM genuinely upgraded enough of the bike to produce a noticeable overall feel between riding the old and new models. Since they went the extra mile with the Baby Duke, the same can pretty safely be assumed will apply to the 2017 RC 390.