Getting to Know the Motor Maids - Then and Now 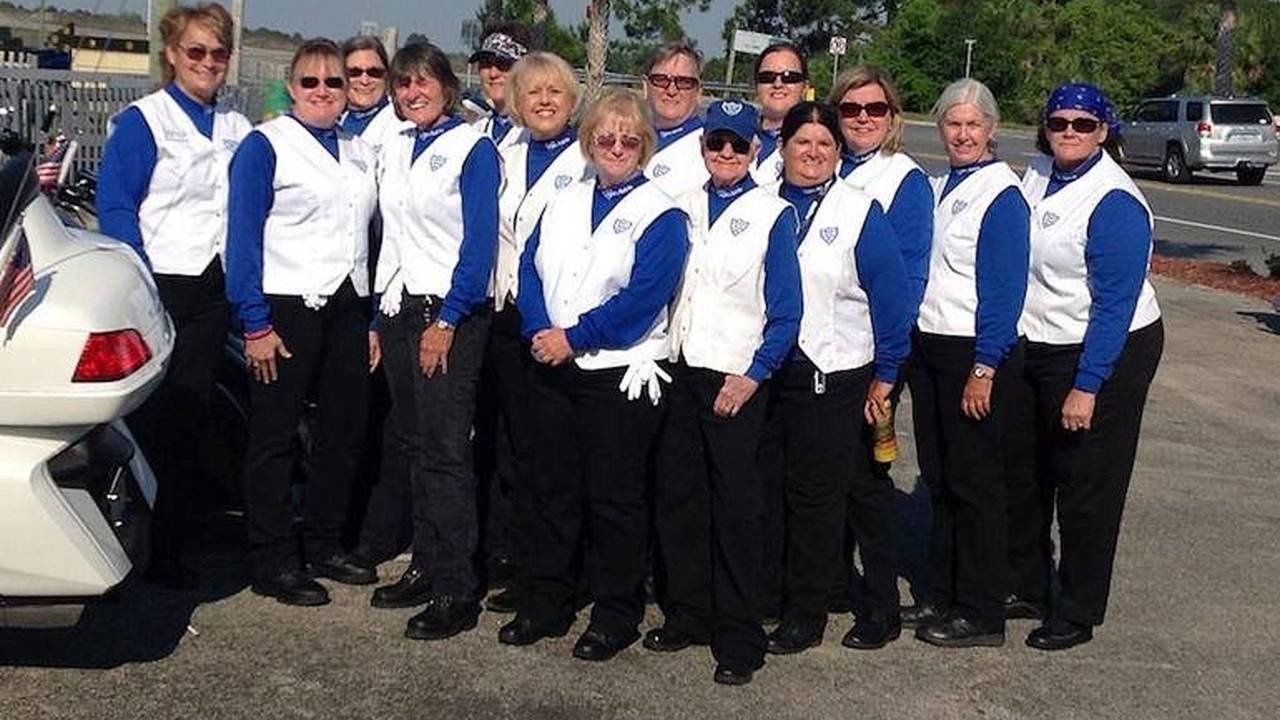 Laura sits down with Susan Gibson, president of the all-woman motorcycle club The Motor Maids, and discusses the club's history, mission, and future.

Back in the late 1930s, times were tough in the United States thanks to the Great Depression. Both men and women worked to try to stay afloat, but the women who worked outside of the home were looked down upon as taking work away from the men. Society, in those times, wanted women to stay in the household, be a good wife, and raise the children.

There were a handful ladies in that era that went against the grain however, ladies that couldn't or wouldn't settle into the expected mild-mannered housewife lifestyle. Two of the most adventurous of these iconoclastic women were Dot Robinson and Linda Degeau. Through a shared love of motorcycling and adventure, these two women are responsible for founding the oldest all-women’s riding group in the US – The Motor Maids.

In 1940, Degeau and Robinson launched a search to find other women motorcyclists. They wrote to local dealerships, other riders, and anyone they thought would know if there were other female riders out there. Their efforts paid off, and soon they had gathered 51 women to join this new all-women’s riding group. Since then the Motor Maids have dedicated themselves to a simple goal – increasing ridership among America's women.

Linda Degeau on her faithful Harley

To get more insight into the Motor Maids and the way the operate today I reached out to Susan Gibson, long-time Motor Maid and current president of the club. Gibson got involved with the Motor Maids way back in 1997 when, as a green rider at the age of 39, she attended the Sturgis Motorcycle Rally with her husband. During the festivities she stumbled upon a group of Motor Maids at a table handing out club literature and recruiting new members. As she thumbed through the pamphlet, Gibson was intrigued by the old photos of Dot, Linda, and other former Motor Maids.

“What caught my eye were antique motorcycles and women on it,” Gibson said.

She and a friend decided to fill out the application and the rest is history. She has been a Motor Maid for twenty years now, and has served as the organization's president since 2011. Throughout our conversation, I learned that the Motor Maids main purpose is a simple one – gathering together women who love to ride.

“The club is so principled about being ladies who ride. And that’s what Dot Robinson founded it on, and that’s very entrenched in our core values. We’re not bar-to-bar riders — we embrace the sport,” Gibson explained.

Entry requirements are every bit as simple and straightforward as the club's mission. A prospective member must have access to a two or three-wheeler, they allow trikes, and a willingness to ride. Unlike some clubs, they don’t discriminate against brand or type and all kinds of bikes and trikes are welcome.

Though they started small, the Motor Maids made a point to have both local meet-ups with other women riders, and to get everyone together in one spot by holding an annual convention. The club’s first gathering was held in 1944, and they’re held in different city and state every year. For example, this years was held in Peoria, Illinois and next years will be held in Alabama.

What’s pretty cool is that a lot of the membership doesn't wait until the convention to meet up with other members. Gibson, who lives in Ohio, has hosted events where she had women come from Indiana, Michigan, Iowa, and Illinois to meet fellow club members and share their stories and experiences. Gibson tells me that these tales made her really appreciate the club and its members.

“That’s what really hooked me , I think. The whole aspect of being around a whole lot of accomplished riders,” she said.

Gibson then tells me about how Dot Robinson stood up for women riders during the era when men believed that women belonged in the household rather than out tearing it up on a motorcycle. It was Robinson who paved the way to allow women to ride alongside the men when she petitioned to race in an AMA sanctioned enduro run after being told she couldn’t. But was there resistance to her newly formed all-women’s club? Gibson told me that the Motor Maids integrated fairly easily into the male-dominated moto world of yesteryear.

However, there were still those that didn't trust a woman on two-wheels back then. Gibson relays a story about when a few of the women went on a cross-country trip there were hotels that wouldn’t let them stay the night.

“They were looked at like, ‘ladies of the night, who are you?’” Gibson told me. But she then followed up with saying, “I think that’s why Dot pushed us to be so ladylike in our behavior and our dress, so we can counteract any of those stereotypes.”

When You One Up a One Percenter

The Motor Maids are definitely viewed as admirable women thanks to their charity work and promotion of safe riding.

"I think people are most impressed when they see a group of us, and we come from so many different places. They will ask, ‘Did you ride here?’ and we say, ‘yes, we rode—we don’t trailer,” Gibson tells me while laughing. She continued, “I think they’re more impressed that we ride as far as we do and as often as we do. So that gets a lot of respect.”

And you know who else gives mad props to the Motor Maids? The outlaws. The rebels. The tough and intimidating One Percenter motorcycle club members, that's who.

“I’ll be at an event with my Motor Maid vest on, and I’ll have a One Percenter come up to me a shake my hand and there’s a lot of respect because they know we’re a riding club,” Gibson said and then added: “And we probably ride more miles that they do.”

Motor Maids members get a whole lot of seat time, more than the average rider. Susan explained that every year at the convention, the Linda Dugeau High Roller award is given to the rider who rode the most miles in one year. Gibson proceeded to ask me if I knew roughly how many miles these women put in.

Gibson then explained that women who ride 10,000 miles each year also get recognition, which is usually about 75 women.

When it comes to being a Motor Maid, most of these women are in it for life. As stated earlier, the only requirement to be a Motor Maid is having two wheels to ride — and that’s the same requirement to remain in the club. This rule, however, does not apply to those who have been in the club for 50-plus years.

Unfortunately, some women have to stop riding for whatever reasons, but Gibson says that those who retire from the club still are on the roster and can have limited participation at events. For example, they can still attend the convention, but after discussing it more, Gibson said it would be difficult to attend a Motor Maids convention without a motorcycle.

“I had a member tell me one time tell me that going to the convention without riding is like going the golf course without clubs — it’s like, what’s the point?"