Dot Robinson - Bikers You Should Know 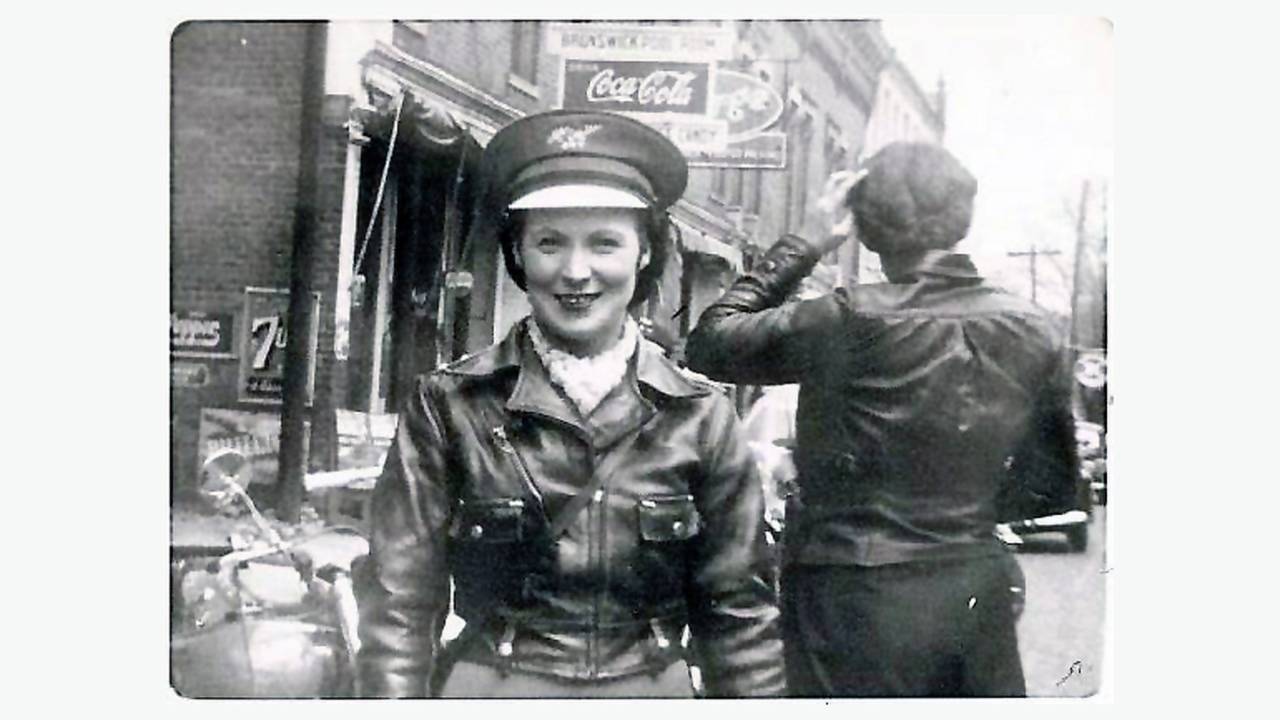 Dot Robinson - Bikers You Should KnowContinuing this series into Women's History Month, today let's look at Dot Robinson the "First Lady of...

Continuing this series into Women's History Month, today let's look at Dot Robinson the "First Lady of Motorcycling" and co-founder of the American Motorcyclist Association-sanctioned Motor Maids riding club. Dorothy "Dot" Robinson was born in 1912, and she got home from the hospital the same way her mother and father had gotten there: in a Harley-Davidson sidecar rig. Her father, James Goulding, was an amateur racer in Australia and worked there designing and engineering sidecars, before moving to Michigan in 1918 and opening a Harley dealership. (This is not Dot and her father, but it is a sidecar rig from that era)

Dot was just 5 feet 2 inches tall, but she could handle a bike and at 18 years old won the Flint 100-mile endurance run with a perfect score. In 1931, at the age of 19, she met her husband while working behind the parts counter at her father's store. Earl Robinson wooed her the way we have all tried: by going to the shop and buying parts constantly, just so he could chat her up. Together they set several coast-to-coast records on a motorcycle with a sidecar, the first one in 1935 with a time from Los Angeles to New York of just 89 hours, 58 minutes (Earl had just set the solo record at 77 hours and 53 minutes on his way to L.A.). She also competed solo in the Jack Pine enduro, starting in 1934, and winning the sidecar class in 1940 with Earl in the chair.

Arthur Davidson loaned the Robinsons the money to buy out Dot's father and take over the Harley-Davidson dealership during the heart of the depression, and they soon expanded it and moved to Detroit. Always someone who believed a woman could do anything a man could, she successfully lobbied the AMA to allow her to compete in nationally sanctioned endurance runs – the first woman allowed such an honor.

In the late 1930s, she joined Linda Dugeau in recruiting other female riders to create the Motor Maids, the first AMA-sanctioned all-woman motorcycle club. During World War II, Dot worked as a courier for a defense contractor, doing her part for the war effort. After the war she went back to racing, she even won the Jack Pine in her class again in 1946.

Dot didn't slow down, even though by this time she was raising a family. In the 1950s she famously had her first pink leather riding gear made up, in response to the bad press black-leather-clad bikers were getting, and painted her bike to match. Her and Earl were grandparents by the time they sold the motorcycle dealership and retired in 1971, but they still had another 25 years of riding ahead of them. Estimates are that in her lifetime she rode for about a 1.5 million miles, which seems low considering she was already celebrating 1 million in 1968.

Earl died in 1996, and for several years before that was unable to ride, but he would ride in the sidecar of Dot's bike. Dot herself kept riding until 1998, when, at the age of 85, knee surgery made it difficult to get on and off a bike. She died just a year later. The AMA inducted her into the Motorcycle Hall of Fame before she died, in 1998, and her pink touring Harley-Davidson is in the company museum in Milwaukee.