New Ninja 400 Spied on the Street in Milwaukee 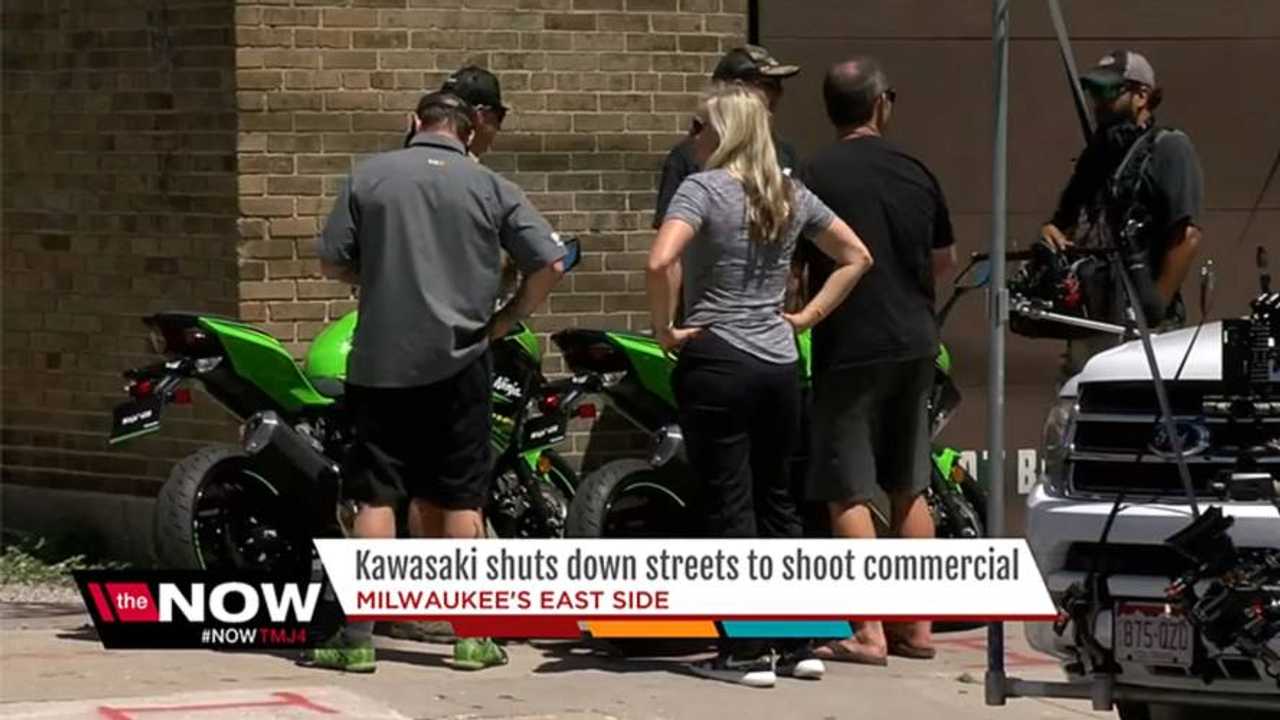 Kawasaki closed a handful of streets in Harley's home town to film some footage of their new small-displacement Ninja.

It's usually pretty hard to get noticed filming a motorcycle advertisement in Milwaukee, Wisconsin. Unless, that is, you're shooting an ad for the newest member of the Kawasaki Ninja clan.

The forthcoming replacement for the Ninja 300 was caught on film by a local Milwaukee TV news crew at several spots throughout the city where the streets had been closed for filming. The new Ninja closely resembles the existing 300 model in terms of suspension and brakes, but other details like frame geometry are hard to make out. It does not appear to be the Ninja 400R chassis, which was introduced in 2011 and sold only in Japan, Canada and New Zealand.

According to the Motorcycle Magazine.com, the bike is likely cousin to the Z650 and Ninja 650. The 400cc engine is reportedly a new power plant however, and unrelated to the current Ninja 300 mill which dates back to the GPZ250 of 1983. Or the Ninja 250R, introduced in 1986, which granted sportbike status to thousands of young and underfunded riders worldwide. (And upon which this very scribe came third in the La Carrera road race in Baja (Ninja 250 class) in 1987.)

The new Ninja 400 promises to be a far more sophisticated instrument, in terms of power, handling, speed, and instrumentation than the aging 300. Speculation is already making the rounds that both Yamaha and Honda are bringing some new muscle to the small-bore bike segment, a segment that is enjoying increased interest. Since KTM has already shown some level of interest in this category with the release of the Duke 390, we’re confident that the light-middleweight class will continue its ascending curve. It seems that more people have been discovering, or re-discovering, that motorcycling fun doesn't require 100-plus horsepower and a large investment in maintenance, tires, insurance, etc. Smaller is often better.

As yet there is no word from Kawasaki on the timeline or price for the Ninja 400. However, we can confidently predict that it will be available in green.