Bike of the Week: BMW RnineFT by Pier City Cycles 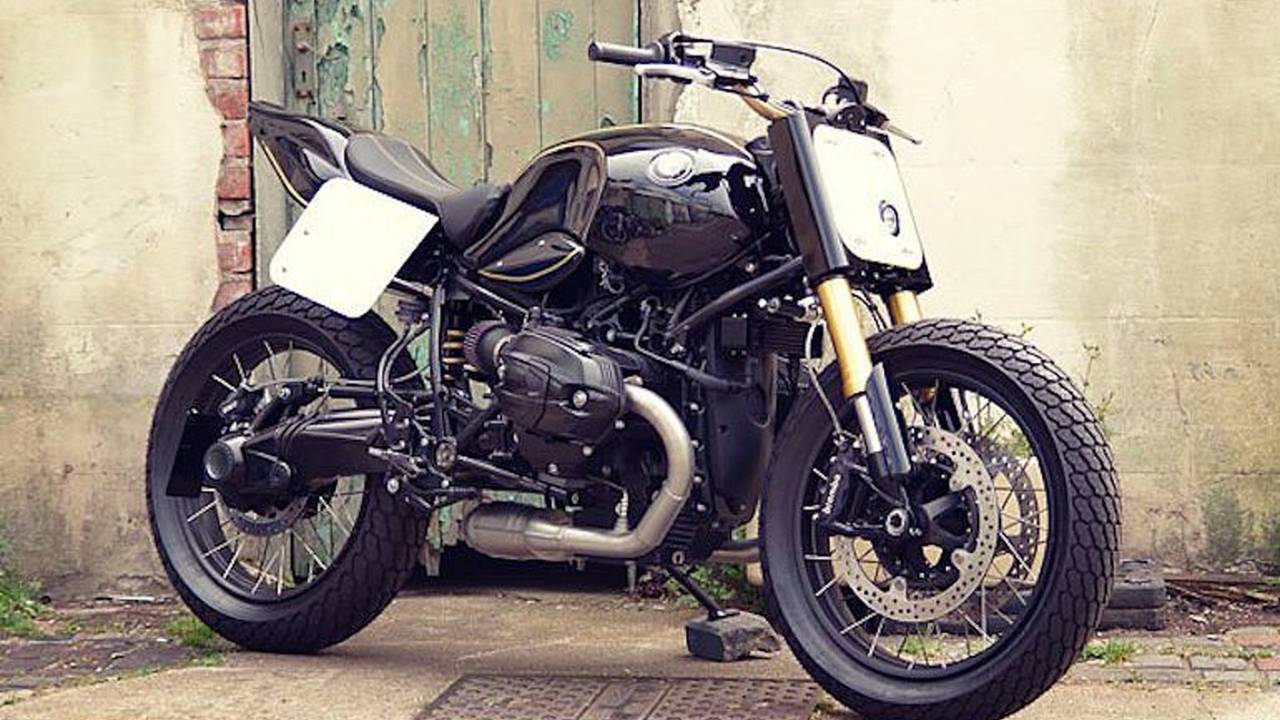 The BMW gurus at Pier City Cycles take one of the most frequently modified motorcycles out there and delivers a fantastic one-off street tracker.

The fact that BMW's RnineT is a go-to choice when looking for a modern machine to customize is no accident. BMW engineered the highly modular retro-standard to be easily modified via easy bolt-on part removal and replacement. For example, the subframe can easily be removed with nothing more than a screwdriver and a ratchet. While the RnineT does allow for easy modification, the folks over at Pier City Cycles went far beyond simple bolt-on mods over the course of the 1000+ hours spent bringing the RnineFT to life. As a result, they've created a machine that manages to separate itself from the sea of less impressive tracker-builds out there, while at the same time showcasing some of the transformative bolt-on custom kits offered by Pier City Cycles.

Flat-Tracker and Scrambler builds have slowly been surpassing cafe racers in popularity recently. While five years ago many customs derived their character from machines like the '74 Ducati 750SS, iconic motorcycles like the Yamaha OW72 and Harley-Davidson XR750 seem to now have a greater influence on what custom shops are turning out. Obviously staying completely true to tracker builds doesn't make for a particularly practical machine outside of racing in a dirt oval since most of us enjoy amenities such as front brakes, instrumentation, and lights. So despite the RnineFT being fitted with the legal road-going necessities, it still does an extraordinary job of capturing the look and spirit of the 3/4-liter race machines that continue to influence the custom bike scene.

Pier City Cycles is a custom motorcycle shop based in Brighton on the southern coast of England. (Brighton has a large commercial pier, hence the name). Since several members of its ranks used to work at a BMW dealership/shop, Pier City has an undeniable expertise when it comes working on or modifying to the RnineT platform. The shop's philosophy is, "To create something unique but practical for everyday use. "We will always strive to make each project the best that it can be." The RnineFT wonderfully demonstrates their mentality in spades.

The story behind this week's BOTW is an interesting one. Pier City owner Rory was still working at a BMW retailer when he began this build. After fabricating a bespoke subframe, 19" flat tracker wheels, and various custom brackets, Rory stopped working at said retailer at which point he was asked to return the RnineT to its stock form. Not wanting to throw away the hours of hard work, Rory "put his money where his mouth is" and bought the machine. With so many RnineT cafe builds out there he wanted to do something different and also saw an opportunity to build a bike that could be raced in the Dirt Track Riders Association Hooligan series, and the rest is history.

In an effort to maintain the clean, minimalistic style of a competition tracker machine, Pier City opted to use a small Motogadget display that doubles as a triple-clamp riser. A one-off two-into-one exhaust - that actually allows the single sided swingarm to be seen - was fabricated special for the bike, exhaling air that the bike draws through Pier City's airbox removal kit. All of the RnineFT's panel and bodywork are 100% custom, albeit it could easily pass for something straight from the factory. Interestingly, the tracker-style headlight (I know that's contradictory...) that sits flush in the faux-number plate is actually an auxiliary unit borrowed from off a new BMW R1200GS Adventure. The rest of the lighting legally required for the street takes the form of subtle mini-LEDs that don't subtract from the tracker feel.

The rims and hubs on this machine were sourced from an R1200GS. The paralever unfortunately wasn't long enough to accommodate the new larger wheel, so a longer, fully adjustable unit had to be introduced to the mix. The RnineFT now stands noticeably taller than the stock R9T. Because Pier City was content with the bike's stock power plant and its low-end muscle, the engine was left alone. The BMW's aesthetics and tailoring it for racing then became Pier City's primary focuses.

"We had to raise the seat to incorporate the number boards and seat unit, as well as giving it a more aggressive stance for racing," the company said.

The paint job on this BMW is looks superb. Clearly Pier City adopted the "less is more" approach, and it's hard to argue with their decision when looking at the finished bike. Matte-gold pinstriping was conservatively painted on and it does an extraordinary job of blending the bespoke panels with the stock tank. I personally love seeing large pod air/intake filters on BMWs, as it helps to further distinguish a motorcycle as a custom.

The final result is a custom machine that could easily pass for a concept from the manufacturer itself. Aside from the exhaust, I would believe someone if they told me this was the newest addition to the RnineT lineup.

"We are extremely proud that we made something that we’ve never seen on any of the build websites or blogs before; now all we need is the nads to go and race it!” Rory said.

Aside from the one built by legendary builder Roland Sands - who has substantially greater resources than Pier City Cycles - this is hands down the best R9T tracker build I've ever seen.

The RnineFT was completed just in time to go on display on the BMW UK stand at the 2017 Bike Shed Show in London. It was also featured on Pipeburn and theBikeShed. Another aspect of this bike that makes it particularly noteworthy is that, unlike most builds of this caliber where ogling and drooling over it is the extent of one's ability to interact with a machine like this, Pier City's RnineFT is currently for sale. The $23,540 (or £17,995) price tag is admittedly pretty steep, but this bike can actually been designed to work as a full competition flat track racer, as well as a mean ride for tearing up the streets. Also, since the engine was untouched and only has a handful of miles on it, the bike still qualifies for BMW's factory warranty!

Pier City Cycles hasn't been around for a very long time, but it has certainly made a good first impression with the  RnineFT. With the recent addition of Pier City's bolt-on kits and an overwhelming appreciation for the shop's work, it's a good bet that the R9FT won't be the last epic BMW Pier City unleashes upon the world.

Got a bike that you think deserves to be RideApart's next Bike of the Week? Email us at info@rideapart.com