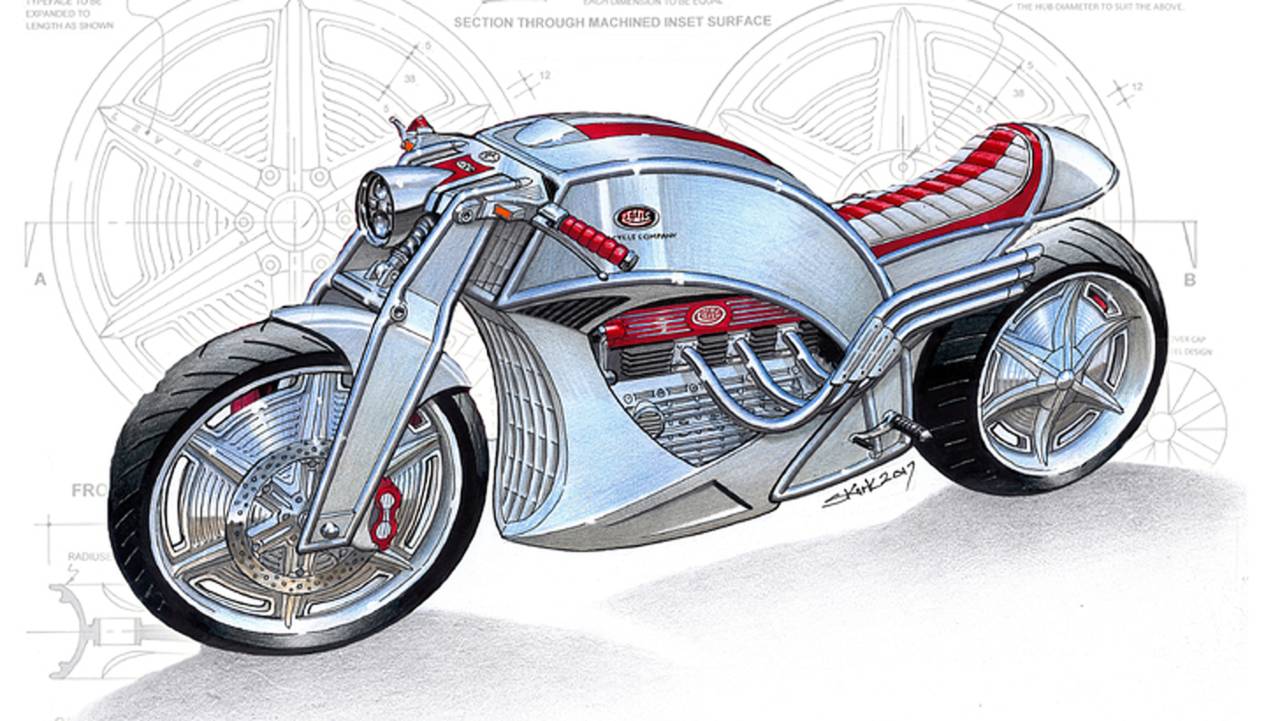 Like the phoenix rising from its ashes, Levis Motorcycles relives again and its first concept is the not-so-vintage-looking V6 Cafe Racer.

After 70 years, the name Levis is back in action

There was such a time when Levis wasn't only associated with that flattering pair of blues that fit you so well, but also to motorcycles. From 1911 to 1941, the name Levis Motorcycles was associated with British two-stroke engines. As it is the case for many manufacturers, the war years delivered a blow Levis was not able to recover from, finally closing shop in 1946. Then in 2016, entrepreneur Phil Bevan gave the brand a second chance at life and the first concept is out.

Bevan had an idea and needed an outlet for it; he wanted to build a motorcycle based on a 2.0-litre V10 engine initially developed for the Connaught Type D GT car in 2004. So he bought the Levis Motorcycles name, hired designer Steve Kirk, and got working on his a motorcycle inspired by the V10 compact block.

THAT'S A WEIRD-LOOKING LAMBO: That Time Lamborghini Built a Motorcycle

The result is the V6 Cafe Racer. Its looks don't scream cafe racer in the classical sense of the terms: the bike looks everything but retro. With its half-moon frame, metal-and-red color scheme, and dramatic body shape, the V6 looks more futuristic than historical. The company confirms that buyers will have a choice of finish and colors for a customized look.

Are we ready for a more modern definition of "cafe racer"?

The components are made of stainless steel and aluminum. The engine is a 1200cc V6 with an output estimated at 120 hp and 120 lb-ft of torque. Firing order has been set to a linear 1 through 6 which, according to the maker, creates a very smooth run and eliminates the need for a balancing shaft. Despite outsourcing some of the parts, the company built its own gearbox to ensure it teams up with the engine perfectly.

Levis also plans on producing a limited-edition supercharged version of the engine and plans on launching it in 2020 to celebrate the 100th Anniversary of Levis' first victory at the Isle of Man TT, in 1920.

PLEASE DON'T: A Superbike Concept by a Supercar Company

Levis Motorcycles will be showing the finished V6 Cafe Racer alongside the Urban Roadster (which we guess is another model in the works) at the Goodwood Revival event in September 2018. Pricing has been set at £102,000 (about US$132,000).