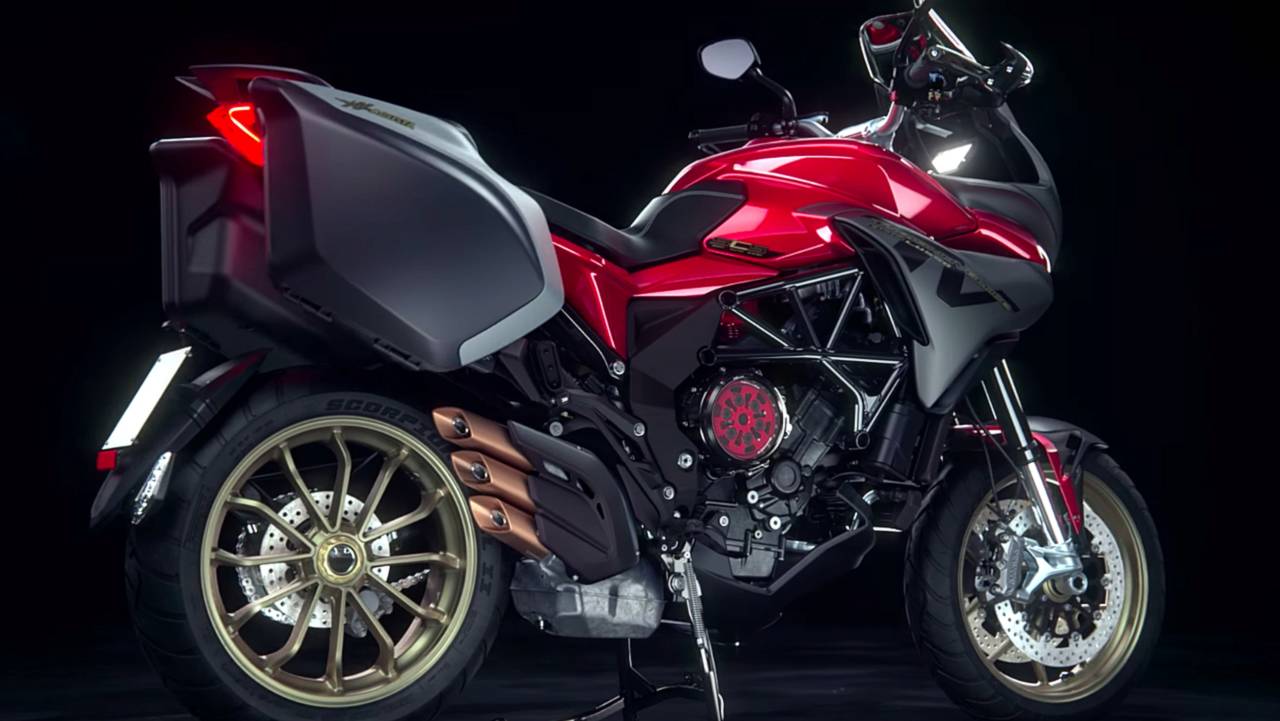 Automatic transmissions are taking over the world. Not even motorcycles will escape them. The last enrolled is the MV Agusta Turismo with semi-auto clutch.

Automatic transmissions are slowly gaining ground in the motorcycle world. Hiss! Love them or hate them, they do serve a purpose. If, until now, you had to choose between clutch or not, MV Agusta has come up with the best of both worlds.

Granted, some riders prefer an automatic for different reasons. For instance, in the case of Honda’s CRF1000L Africa Twin, the available automatic transmission eliminates the need to control the clutch when using the bike to its full potential on broken terrain. For other riders, it means prolonging their riding career when age or illness make shifting too difficult.

Until now however, you had to decide from the beginning whether you wanted a manual or an automatic, with no option of going back since the automatic didn’t require the usual clutch and gear levers. MV Agusta has come up with a solution for the conflicted customer by fitting their Turismo Veloce Lusso SCS tourer with a semi-automatic transmission with centrifugal clutch.

The exposed unit is reminiscent of Tony Stark’s arc reactor, adding a nice red accent in the middle of the engine’s glossy black block. The Italian maker teamed up with Rekluse, an American company that’s been making aftermarket anti-stall clutches for dirt bikes for 15 years, to design this new transmission. The result of this collaboration is the Special Clutch System (SCS).

NOBODY IS SAFE: Automatic for the People - The Self-Shifting Motorcycle

The SCS gives you the option of shifting normally like you would on any other bike by pulling the clutch in and flicking the gear lever when your purist heart desires. Then, when your hand is starting to cramp from sitting in rush hour traffic, you can give yourself a break, release the lever, and forget about it for a while. SCS is always there to make sure you don’t skip a beat.

How does it work? The system disengages the clutch at low revolutions, which incidentally keeps the engine from stalling. When the engine revs back up again, a series of small wedges slide out of the expansion disk to re-engage the clutch and get you on your way.

NOT EVEN THE HAYABUSA: New Patents Suggest Semi-Automatic Hayabusa-Variant

Because the system optimizes the disks’ grip, it also makes accelerations a lot more fun. The 110 horsepower Turismo can do the 0-60 run in just over three seconds. Not bad for a tourer. Just don’t leave without engaging the parking brake pedal—once the engine is off, the clutch disengages meaning there’s no resistance to keep your motorcycle from rolling down the hill if you’re not careful. It’s bad for the ego.