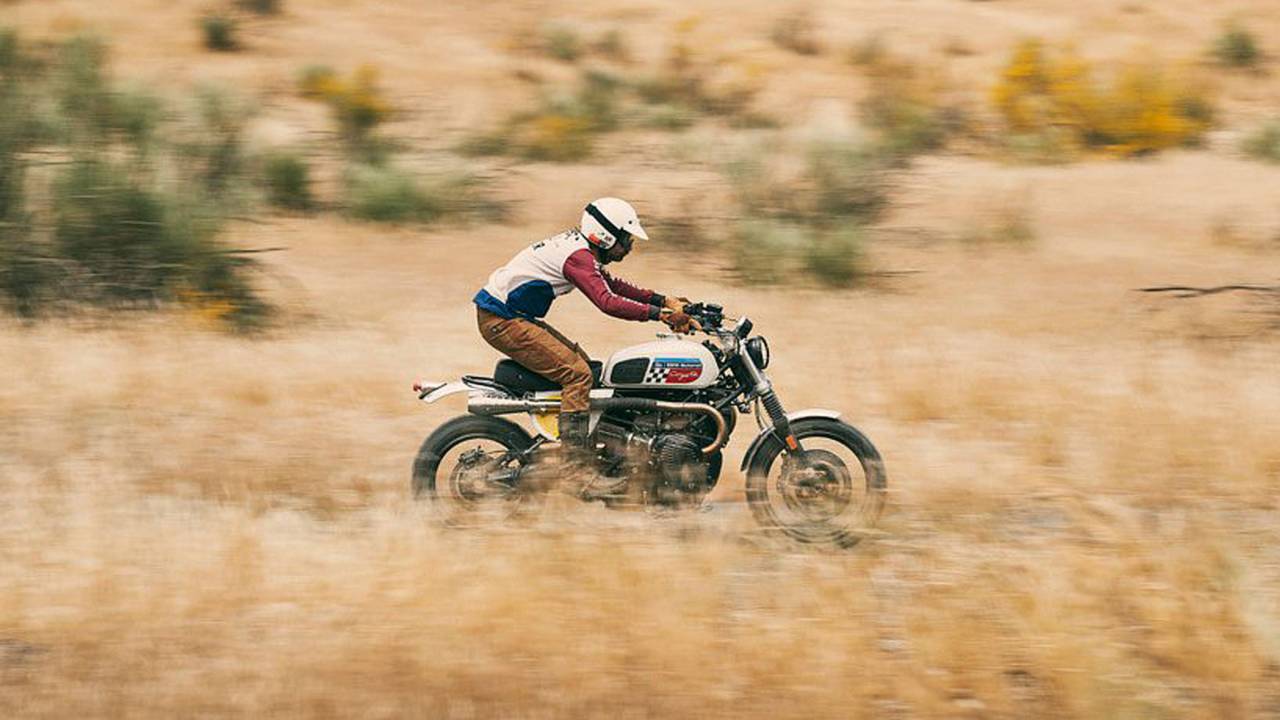 A pair of custom Beemers—a rugged scrambler and a retro quasi-streamliner—set the chattering classes chattering at Wheels and Waves in Biarritz, France.

There are some truly wonderful—and some horrific—things that come from motorcycle customization. I’m still having uncomfortable dreams about the velvet-covered CBR we found for sale on Craigslist not so long ago. Thankfully, a majority of shops show the bikes they work on some proper love and respect. Two custom BMWs that debuted at a French festival recently, while technically proficient, are definitely polarizing.

ANOTHER COOL MOD: Bike of the Week: R50/3 Bavarian Bobber

The festival is called Wheels and Waves and it’s exactly what you expect: a celebration of motorcycles and surfing, because why not. It happened from June 14th to the 17th in Biarritz, a town on the West coast a France, near Spain. The event featured a patchwork of activities from concerts and surfing contest to enduro and flat track races. If you enjoy any or all of these elements, this is definitely the place to be.

The Coyote is an homage to two-wheel desert raiders.

The festival also showcased two customized Beemers built by Kingston Custom from Germany and Fuel Motorcycles from Spain. The Spanish custom, the Coyote, is built from the well-known BMW R nineT Urban. The result is a retro scrambler that looks nothing like the original model with a design is reminiscent of old school desert conquerors.

MAYBE THAT'S WHERE THESE TWO WILL GO: The One Moto Show 2017 - Eight Years of Cool Customs

The exhaust pipe has been rerouted and raised at seat height. The saddle has been replaced as well with a thicker padding and gnarly scrambler tires have been fitted on the wire wheels. Finally, a smaller and lighter gas tank was needed for the design, so the original one was swapped with the tank of a Suzuki GT 250, modified to fit the frame. The result is a perfect off-road machine with a perfectly retro styling.

The Germans treat us to a severe and slick design, perfect for a vintage Batman.

Kingston Custom’s design is a bit more intriguing. Think Batcycle if Batman fought crime in the 1950s. The frame of a former R75 has been cloaked with a full body, covering the otherwise exposed innards of the bike. The seat is embedded into the body and even the rear wheel is covered—only the front end sticks out of the black silhouette, aptly named Black Phantom. The build used parts dated between 1951 and 1979. With its black with gold paint and accent rivets, the Black Phantom would make Darth Vader proud.