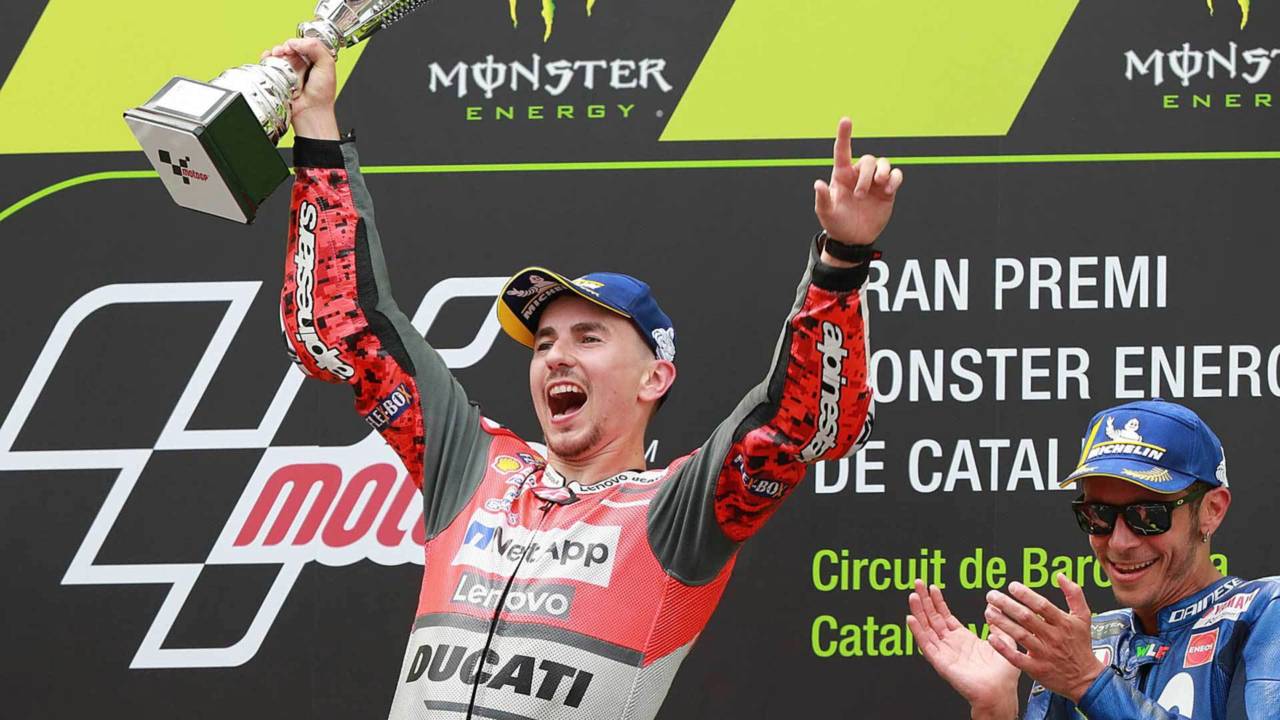 Ducati assures an increasingly nervous Honda that the company always knew that struggling Lorenzo would eventually win some races.

Lorenzo had a tough first year with Ducati and, after a poor start to the 2018 season, Ducati and the rider drifted apart and the Spaniard eventually signed for Honda for 2019. However, Lorenzo finally made a breakthrough in the previous Mugello race, which he won, and he doubled up by winning in Barcelona as well. Tardozzi said that Ducati never gave up on its hopes of Lorenzo eventually clicking with the bike as the Spaniard always strived to improve.

"What I said several times during last year and beginning of this year, we always knew that he was going to do it because he never gives up," Tardozzi told BT Sport. "Even in bad races that he had last year like Le Mans, after 10 minutes he was there with the engineers trying to find solutions. Again, he never give up and a champion like he is, for sure he come to the point."

Ducati CEO Claudio Domenicali said that rather than the breakthrough being bittersweet due to Lorenzo's departure next year, he is happy that the rider and team have "solved the equation".

"That is life, you know, I am usually the type of a guy that looks for the positives," Domenicali said. "The positive is that we solved the equation and would have been much worse if we ended up with a story without actually being able to make him win. I am very happy about the way, we find a solution, he found a solution. Now we can enjoy a lot of racing like this, I think."

Lorenzo added that to win two races in a row "looked impossible" two months ago.

"Two months ago, looks like unbelievable, no, looks like impossible. And now is done. We humans get used very easily to the good things. This is not very good because you need to enjoy a lot these emotions, but I cannot say I'm not really really happy to win two victories in a row with Ducati."

Lorenzo accepted that recent criticism towards him was "human nature", but hopes that people will remember his past the next time he is going through a rough patch.

"Well, it's just the human nature, no? We believe the present and when the present is bad, we speak too early, no? We need to have more memory and to understand what I've done during all these years in the world championship. 16 years in the world championship and I always came back. I hope next time when I go through a bad moment, they remember this time."