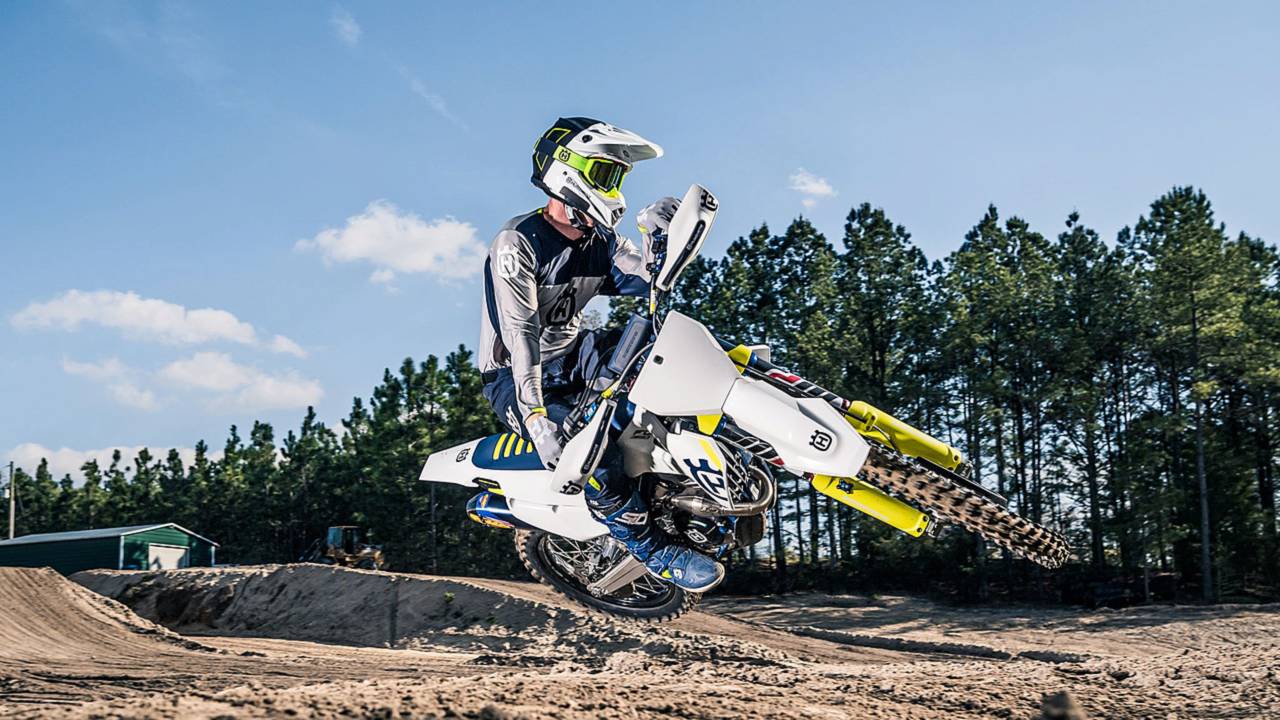 Not content to blind us all with its new street lineup, Husqvarna just released details of its new, fully-upgraded off-road line.

Swedish manufacturer Husqvarna released the updates its motocross range receives for 2019. So what’s new? Literally everything

Looks like some designers and engineers over in Sweden have been logging some overtime over the past few months, because Husqvarna just announced the changes on a few models in their FC and TC lineups and the list is massive. Most models in the two motocross families receive a new frame and chassis, updated powerplants, a new-generation lithium-ion battery, lighter cylinder heads, etc. One of the most obvious upgrade is the blue coated frame that not only adds an elegant color accent to the ensemble but also provides additional rigidity.

In the two-stroke family, or TC, both the 125cc and 250cc models receive important upgrades. These include new carburetor settings meant to optimize the performance and new, lighter mufflers. The smaller TC 125 gets a reinforced kickstarter as well as a new steel diaphragm clutch. Its new engine weighs in at a minuscule 38 pounds and is teamed with an equally new six-speed transmission. This allows the 2019 TC 125 to produce more power than its current generation.

Along with the new muffler, the TC 250 also gets a redesigned header pipe, and the overall exhaust system has been positioned higher for better ground clearance. The engine has also been slightly shifted by one degree on the swingarm pivot to maximize grip at the front.

In the four-stroke range, all three models have been updated. The FC 250 and FC 350 also receive the steel diaphragm clutch, which is lighter by 190 g. Exhaust camshaft timing has been optimized on the 250, which is meant to improve its output.

The cylinder heads on the middle-sized FC 350 have been recast using a new method which resulted in a lighter engine. The 450 flagship also receives new cylinder heads with a lower and slimmer profile, shedding 500 g in the process, as well as a dampened diaphragm steel clutch.

HOW IT ALL STARTED: The Early History of Husqvarna Motorcycles

Husqvarna also lists an updated cooling system, stiffer upper clamp, a longer chain adjustment, new cable throttle cable routing for easier maintenance, ProTaper handlebar, laser engraved wheels, and new traction and launch control settings on the four-strokes as part of the endless upgrades they did for 2019. I don’t know for you, but we’re out of breath just listing all the changes. Bottom line is that the Husky gave its motocross lineup a massive overhaul and that 2019 FC and TC are freshened up and ready to tackled some dirt tracks.