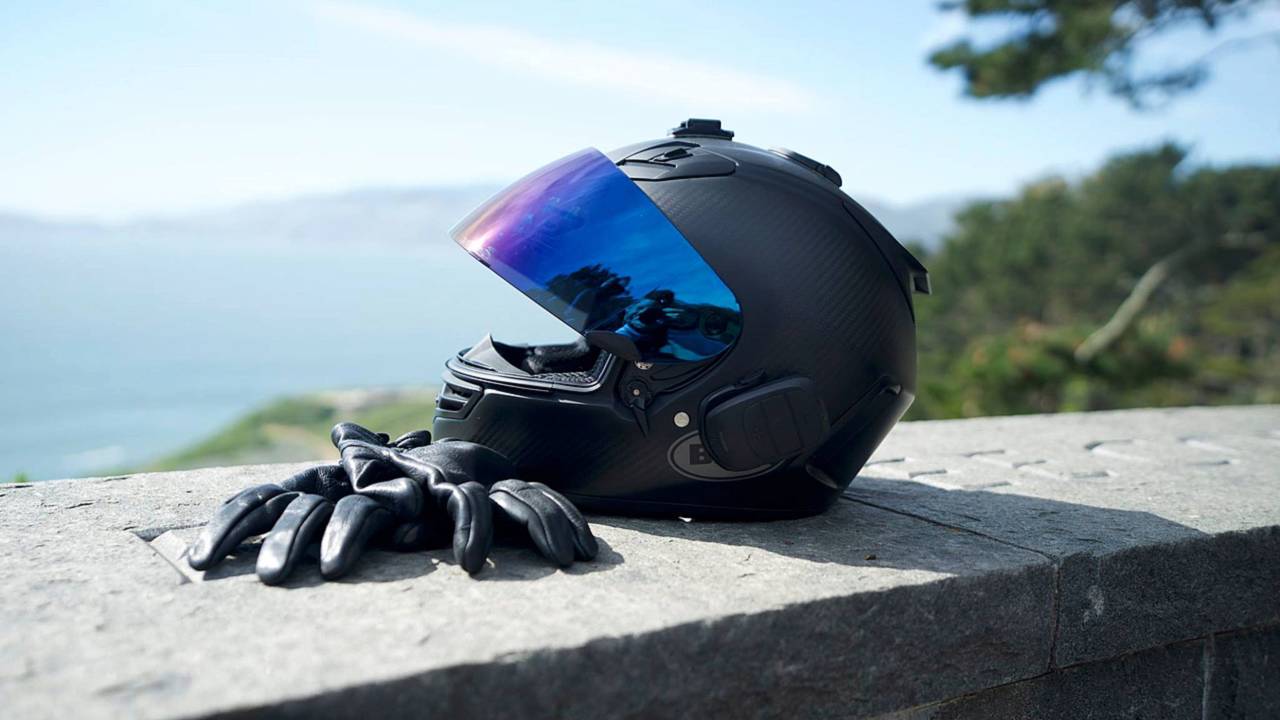 Domio helps turn your helmet into an audio system. The company has now launched a complimentary wireless microphone for the full audio and voice system.

Domio—a purveyor of fine helmet audio systems—is suggesting that you turn your lid into more than just a safety device. The company wants to turn it into a phone as well.

Founded in 2015, Domio Sports is a Canadian company based out of Toronto, Ontario. The founders, Bart and Seb, wanted to come up with a quality audio system that would allow them to listen to music while practicing their favorite outdoor activities with a helmet, but without the usual bulky audio systems. That's how the idea for the Domio Helmet Audio Device came to be. Instead of an annoying speaker tucked into the helmet with wires dangling on the outside, the Domio is a wireless gadget placed on the outside of the helmet. The fob-like device then connects to a smartphone via Bluetooth and creates micro-vibrations, or Vibro-Audio, turning the shell of the helmet into a speaker.

TURN YOUR HELMET INTO A HUD: RideApart Review - The Nuviz All-in-One Heads-Up Display

Until now, however, while a user could listen to all the music they want, the system wouldn't allow them to make calls or otherwise control their smartphone via voice commands. The company has now solved the talking issue and the Domio Pro system is now complete with the introduction of the Air Mic.

OR INTO A CAMERA: Airwheel Announces the C6 Camera Helmet

Just like the Domio Audio Device, the Air Mic is easily clipped to the side of an open-face helmet, or on the inside a full-face helmet. It connects to the main device via Bluetooth. How do you make sure the person you are chatting with is hearing you and not the deafening sound of the wind being forced into the microphone as you are cruising down the street? The contraption uses beamforming technology to cancel out wind and vibration noise to focus only on the voice of the person speaking. Beamforming is also used in Wi-Fi to help focus the signal to give it more strength. This allows the Air Mic to pick up sound from a very limited area, and by positioning it close to your mouth, your voice should be the only sound going through.

The Domio Air Mic is now up on Kickstarter, priced at a reasonable $139 for an audio and voice kit, and $258 for a pair. Keep in mind, however, that one system cannot communicate with another via Bluetooth, so forget the cool adult walkie-talkie gist; you’ll have to place a call to speak with your traveling partner. Sure, the system will make your helmet a little less sexy and most likely less aerodynamic, but at least the wires are out of the equation and there’s no more ear-rubbing speaker foam pressed against your face.