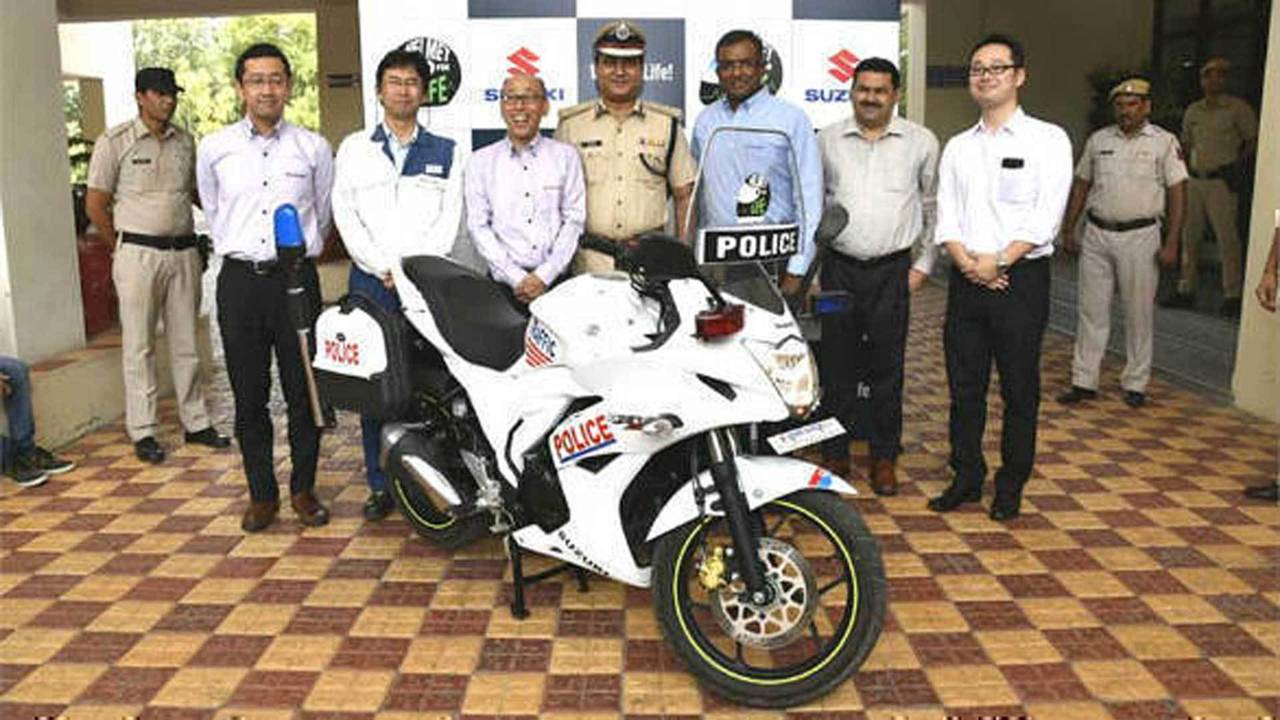 Suzuki Motorcycle India and the different states police services are teaming up in the "Helmet for Life" campaign and will hand out free helmets.

India is a thriving market for motorcycles and mopeds. With millions of residents clogging the main ways, the agility of a two-wheel vehicle comes in handy when knitting through confusing traffic jams. With the growing number of motorcycles on the road, the number of injuries and fatalities are also exploding, especially considering the lack of legislation regarding proper safety equipment. A Japanese manufacturer decided to grab the sacred cow by the horns and help make the roads slightly safer for the riders.

THE ESSENTIAL: A Beginners Guide To Motorcycle Gear

Suzuki Motorcycle India will promote the “Helmet for Life” campaign in numerous cities to encourage riders and their passengers to wear helmets. The manufacturer has partnered with state police services for the occasion.

Phase one of the operation was based on the “Caught Without Helmet” advertising stunt that gave the cause much exposure. Now that the public has been exposed to the message, the company is setting the second phase in motion.

IT'S ALSO A PROBLEM HERE: California Leading the Nation in Fatal Hit-and-Runs

Now, phase two will take teams volunteers and police officers out into the streets of twelves major Indian cities. Officers will flag helmet-less riders and hand them a notice of violation while the Suzuki volunteers will give them a free helmet. The manufacturer plans on distributing 1,000 helmets in each city targeted by the campaign, starting in Delhi, and including Mumbai, Kalkota, Chennai, Hyderabad, and Bangalore.

Alongside their effort to raise awareness and promote motorcycle safety, Suzuki India will also hand over five customized Gixxer SF to each of the cities’ police departments for a total of 60 police bikes added to the force.

“We urge two-wheeler riders to always follow safe-driving practices, and ensure that they not only themselves wear a helmet, but also encourage the pillion rider to do the same,” Haryana Police Commissioner KK Rao told Times India.