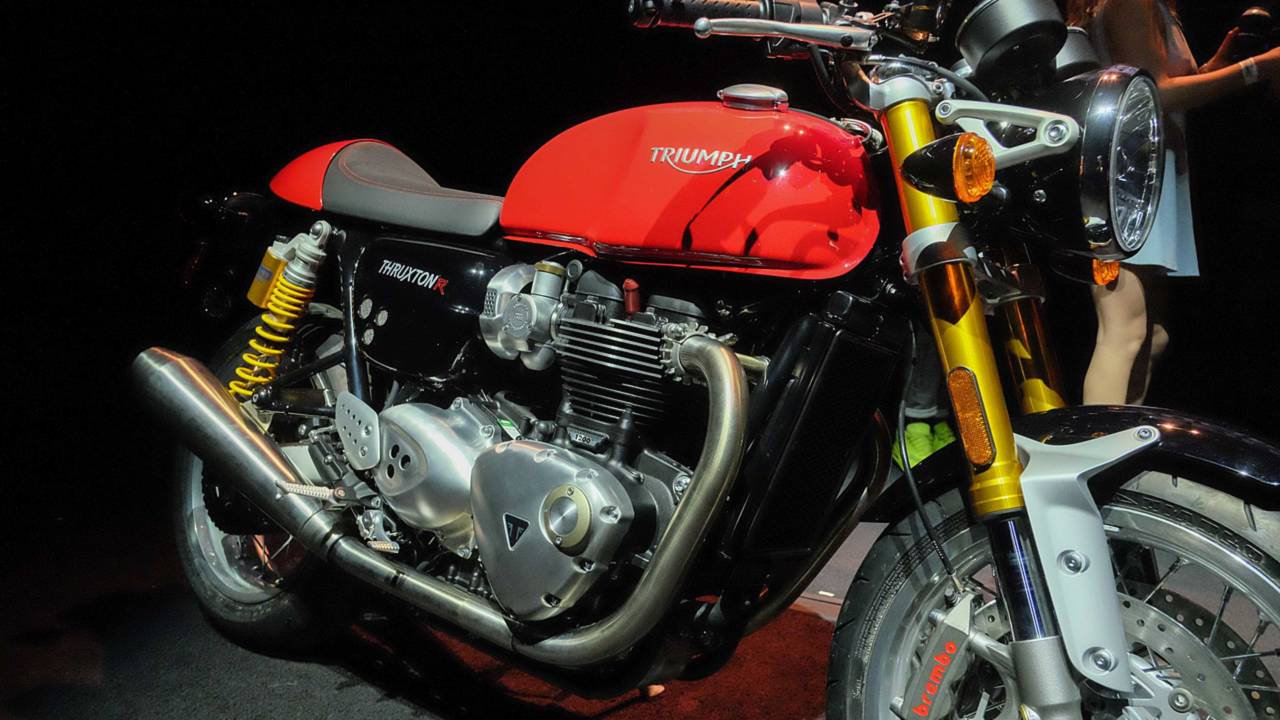 The Bonneville Reborn Tour: Triumph is barnstorming the United States with a ton of new bikes in tow for the next couple of months.

You've probably heard that Triumph recently launched their new run of modern classics. But wait, there's even more fun news. Before you run out to buy one, you will have a number of opportunities to see them first hand prior to their in-dealership release. Dubbed the Bonneville Reborn Tour, Triumph is barnstorming the United States with a ton of bikes in tow for the next couple of months.

I had the pleasure of attending the VIP launch party in Los Angeles, California this past week. Set up in the swank lobby of the Theater at the Ace Hotel, Triumph had the Bonneville Street Twin, the Bonneville T120, and the ever sexy Thruxton R on display for partygoers to touch, smell, see, throw a leg over, and even lick it if that's your bag.

I'm not going to lie,  I had a hard time restraining myself on the new Thruxton R when I sat in the saddle. Based on the ergonomics alone, I get the sneaking suspicion that I'm going to love this machine.

One of the Executives I spoke with at Triumph said that the Thruxton R is an entirely new beast, one that really taps into the pedigree of the café racer. But out of the four new models, it was the Bonneville T120 that impressed the most. Granted, this all comes directly from the  mouth of an OEM executive who has ridden both of these bikes, but the truth is, I believe him…to an extent. Maybe he’s building the excitement or maybe he’s being truly honest. All I know is we're gonna have to get these bikes ourselves and give you the real rundown on how well these new British cafés really perform.

One thing is for certain though—this entire modern classic lineup is incredibly refined. Everything on these motorcycles feels top-quality, the design is meticulous, and the 150+ customization options are going to explode your brain and possibly give aftermarket manufacturers a run for their money.

Availability to the public is still tentative, but expect to see the new Street Twin available in January 2016, the Bonneville T120 around February/March, and the Thruxton and Thruxton R around April/May.