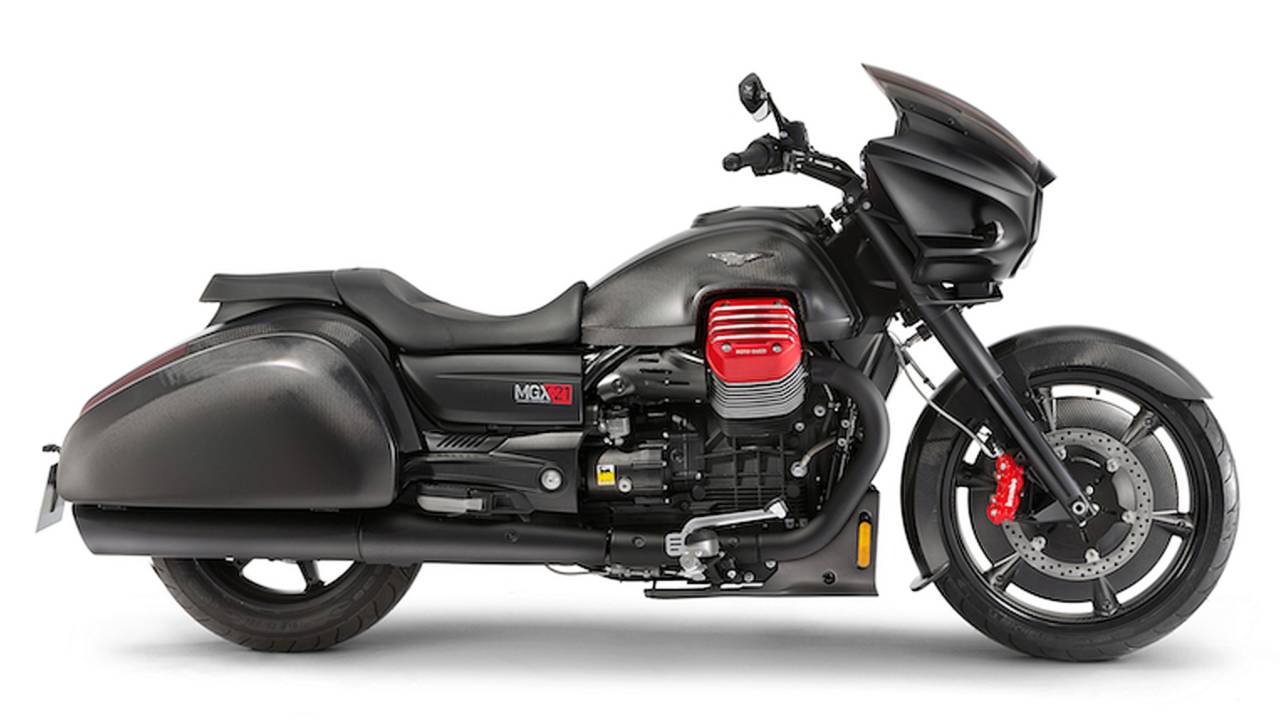 The Moto Guzzi MGX-21, or 'The Flying Fortress," is headed for US shores. But is it equipped to handle US tastes?

There's something odd about an Italian motorcycle manufacturer building a bike for the American market and giving it the same nickname as the American bomber that helped defeat Italy in World War II. But, arguably, that's the least exotic aspect of Moto Guzzi's forthcoming MGX-21 bagger, aka, the Flying Fortress.

No, really. That's what they're calling it.

I suppose it's better than calling it "Dog Penis," which is kind of the first thing I think of when I look at those red cylinder head covers.

Powered by a 1400cc transverse V-twin, the MGX-21 is set to be fully revealed this coming summer during the annual Sturgis Motorcycle Rally. The target audience could not be more obvious.

Of course, the genre itself is a giveaway, too. Baggers garner a tremendous amount of love in the United States, whereas they can be a rare sight elsewhere. My own personal experience, for instance, is that I have never seen a bagger on European roads but for those displayed at test ride events.

Moto Guzzi has a long history of courting U.S. tastes. This goes back to the early 70s, when it provided bikes for the Los Angeles Police Department. In fact, the MGX-21 was first developed in the Piaggio Advanced Design Center in California.

Miguel Galluzzi, head of the center, says the bike was developed because "we wanted to push beyond our thoughts and dreams, to take a leap into the future."

Full stats are likely to be kept hush-hush until the bike's official Sturgis debut, but Moto Guzzi has revealed the bike will deliver 88.5 lb-ft of torque. That's the same as found Moto Guzzi California, which shares the same engine as well. So it's probably safe to assume the "Flying Fortress" will also offer just more than 95 hp at 6,500rpm, have six gears, and weigh 743 lbs. fully loaded.

Or, perhaps it will be lighter. Moto Guzzi are promising a number of carbon bits, which should reduce weight somewhat.

Fronted by a 21-inch wheel, the MGX-21 (see what they did there?) will draw attention even before riders fire up its stereo. An extensive media system comes standard and will allow Bluetooth interaction as well as connectivity with a smartphone.

Three-level ABS and traction control will be available thanks to the MGX-21's ride-by-wire system. Cruise control will be standard as well. LED lighting will contribute to the overall Flash Gordon feel.

The 76th annual Sturgis Motorcycle Rally will take place August 8-14, 2016, in Sturgis, South Dakota. It will be interesting to see what folks there think of this.