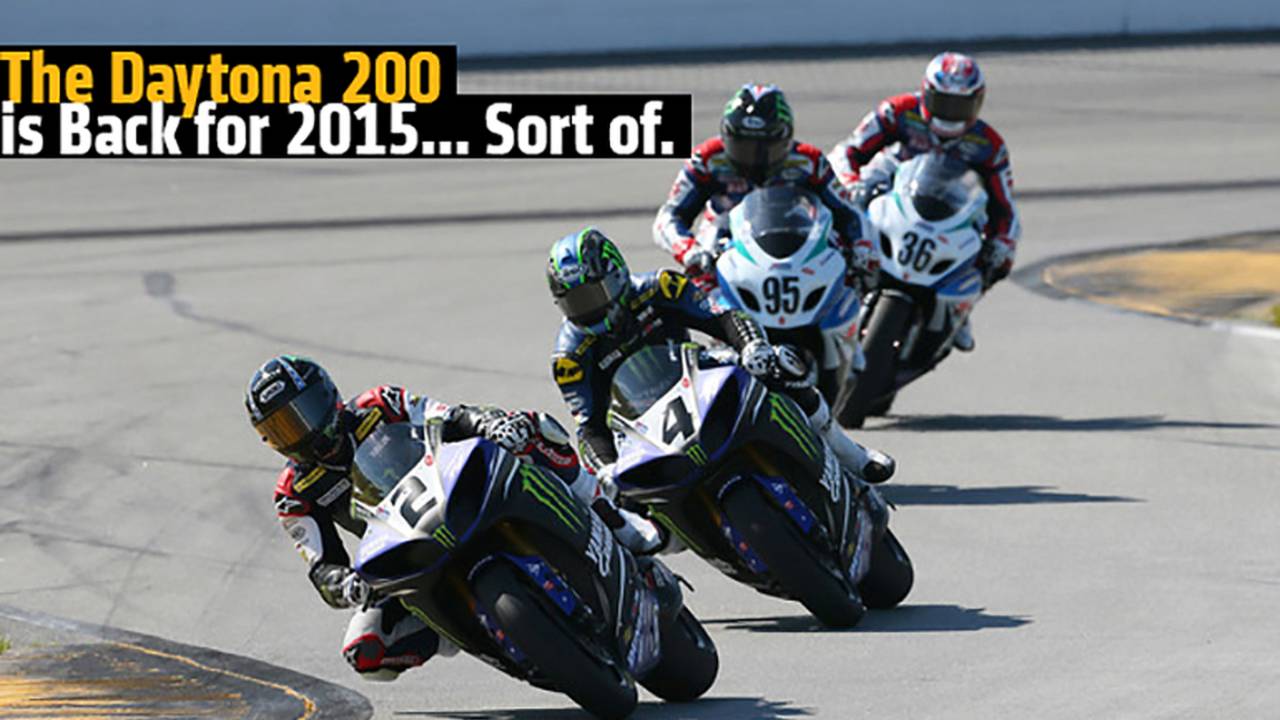 Daytona International Speedway announced this week that the 74th running of the Daytona 200 will go on next year, despite being left out of the new MotoAmerica series. Eyebrows across the motorcycle community were raised when the preliminary MotoAmerica schedule was announced back in October, and Daytona wasn't on the list.

But the collective reaction to that news, aside from a few nostalgic sighs, was a shrug. The event has been in decline for a decade or more, particularly since the switch to 600cc machinery after concerns over tire durability sidelined the Superbikes.

The event lacked the prestige it once had, no longer attracted international attention, and last year didn't even score a TV contract. Racers disliked the track layout, teams disliked the expense of building one-off machines for the peculiar track and format, and fans disliked the inflated hotel prices surrounding Bike Week. The overall sentiment was that while the demise of the 200 was a shame, it was probably time for that to happen.

But the Speedway is determined to continue, and so reached an agreement with the American Sportbike Racing Association (ASRA) to host the event in 2015, with support races from the Championship Cup Series (CCS). In essence, what was once one of the most important and prestigious motorcycle races in the world has now become a glorified club event.

Inclusion in the ASRA calendar means that the event technically isn't a standalone race, but neither will it be part of the premier class of American roadracing. The $175,000 purse sounds like a lot, until you realize most teams would spend that just showing up with Daytona-prepped machinery. Race haulers don't run on rainbows and good feelings, and quick-change brake caliper setups and endurance-spec motors don't build themselves.

It remains to be seen whether any big name riders or teams will bother with the danger, hassle and expense of racing at Daytona, for the dubious honor of competing in an untelevised race outside of their primary series, for a meager purse and a Rolex. While it could be hoped that the Daytona 200 would find the same standalone success as races like the Isle of Man TT, it's hard to see how that would be possible in the current environment.

Here's a lap with AMA Daytona Sportbike rider Jordan Imrie, at the Race of Champions.