Way. Down. There. — An Introduction to Expedition 65 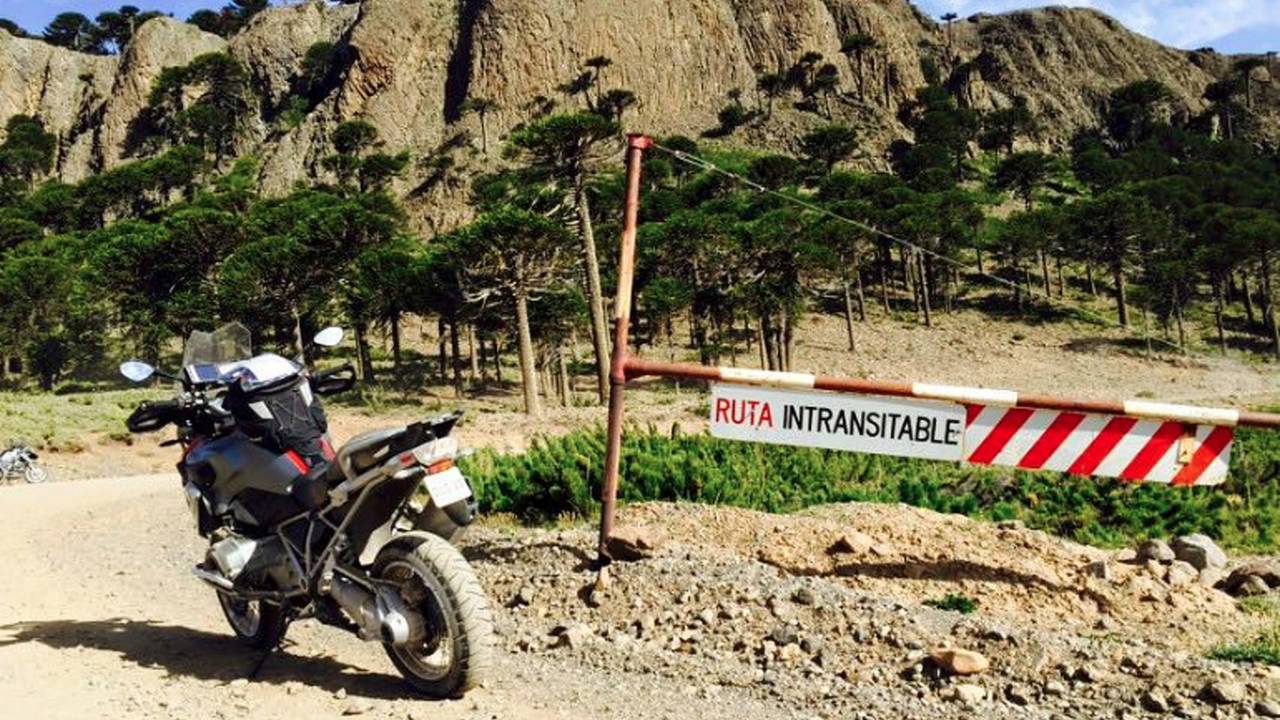 This September, join Alfonse as he and his Expedition 65 crew endeavor to take down the Pan-American Highway from Cartagena to Ushuaia.

Sleeping under the same patch of Arizona stars as travelers from all over the world, I’m at an annual gathering called the Overland Expo (before there was an east coast edition), getting overloaded with inspiration and information about traveling to any and every part of the world. I’m an addict and willing to admit it. And this is the kind of place— a time and a place —where vacationers and travelers separate at the gate, and true wanderers blend in on both sides. Every one there would love to see the pyramids in Egypt, or the largest salt flat in the world in Bolivia, but nowhere else would you also find this many attendees willing and able to get there by land, from anywhere on earth. These are the “tourists” that take earthbound means to get there, no matter where “there" might be...no planes or trains, just automobiles...from wherever they stand.

For conquering the many roads surrounding this big blue marble— paved or not —a smaller portion of these people choose to travel on two wheels: by motorcycle. More commonly known today as “adventure bikes,” big or small (but mostly the former), these motorcycles are built to take on any challenge Mother Nature tosses their way— from topes to tornados, freeways to fjords —they're ready for the larger picture.

I’m one of these individuals (always have been!) choosing two wheels over four to move my soul; a wanderer with a motorcycle and a lust for traveling the world. So when an invite came to me from one of the vendors that weekend to ride though a mosaic spread across an entire continent, I took it. Eight thousand miles start to finish, from the northernmost tip of Colombia to the southern end of Argentina, in the fall of 2016. At the time, I had over a year to get ready. Now that the journey is about to begin, excitement has turned into preparation and then into worry. Am I ready yet? No time to ask, here we go!

Along with a carefully-selected team of friends and partners, a custom support van and similarly-customized trailer will also be following us on the journey. Riding up front will be a guy known around the world for teaching others to ride these same adventure bikes off the road and in the deserts of the American Southwest. His name is Jim Hyde and he’ll be harnessing the talents he’s garnered from 16 years of owning a BMW Motorrad-certified instructional training facility and touring company: RawHyde Adventures. He’s going to lead this “little” tour of South America in the fall. Slowly assembling the magnificent plans (and napkin sketches) of many travelers, and building a noteworthy bucket list in the process, Jim knows best how to get the hammer swinging.

Having finally cobbled together a team of 15 people— each with a particular skill set and healthy dose of wanderlust —we’ve begun the process of building the machines we plan to ride, as well as those we plan to drive, and now we’re counting the days! But first some major piles of paperwork.

Click on to any traveler hub online, (Horizon’s Unlimited, ADV, or a Facebook group) and you’re going see a post from someone just-getting-to or having-just-been to Prudhoe Bay in the northern hemisphere or Ushuaia in the southern one; they are the tip and tail ends of a network of roadways known as the Pan-American highway. Roughly 20,000 miles from the top to the bottom of the North American continent, and that’s without all the looking around. Remote as they are, now-a-days there are many people reaching these two locations. The true challenge comes from within. It's far less a major feat of machinery anymore, and more so of the bodies and minds of men and women taking on the journey. Luckily, I already know that the power of will can heal many wounds! Or so I’m telling myself.

Aside from a relatively small, yet well known gap— the Darién Gap —this unbroken road often serves as the migratory path of many wandering souls. Not all who wander are lost! On two wheels or two feet, over mountain peaks and over waterways, we too shall go looking to see what we see. It’s the overlander’s way and we plan to enjoy every mile of the journey!

Either way you travel it, North to South or visa-versa, the experience is the same. Potentially frigid cold temperatures live on each end while it’s scorching hot in the middle at the equator. As such, serious planning for travel time versus the seasons versus your own personal schedule is serious business. How many months can you get off from work?

We’ll be tackling just the South American portion of the route on this ride, traveling North to South, as many of us have already ridden the Alaska to Panama portion over the years and needn’t do it again. Those of us that haven’t done it yet will soon have new priorities come November!

From Cartagena, Colombia all the way to the southern-most tip of Argentina is really a ride to the end of the known world. It’s a journey that starts roughly 10 degrees north of the equator and ends at the 55th parallel below it...for 65 total degrees travel and our project's namesake. Beyond that point, restrictions against riding or driving anything on the 7th continent of Antartica (that didn’t stop this girl. http://www.stephmoto-adventurebikeblog.com/2015/02/the-valentines-day-landing.html) prevent us from riding any farther South. The road ending in Ushuaia will bring us to the lowest motor-able point (or highest if you’re looking at a local map in Australia) on earth. The closest to the southern pole we can ride. Way. Down. There.

Some people race for it, trying to be the fastest from points A to B, others plan for a year’s journey and wind up taking more. Our mission will differ in a few ways. We’re not in a hurry per se, and we hope to see every major attraction (ok, many!) along the way, so we’ve given ourselves two months time to do it. Seems rather fast, yet it also seems like a long time away from home. Knowing that many of our jobs, and wives (it’s all men on this journey for the record), will be awaiting us back home, we’ve got a goal and a plan to finish by November, and we’ve got to stick to it.

Since January of this year, we’ve plotted and mapped, then remapped these same landmarks again, looking for the best way south. One that includes places like Machu Pichu, the world’s largest salt flat at Uyuni, the Nazca lines, the freaking Amazon(!), a place they call the railroad graveyard, as well as any coffee farm, vineyard and UNESCO site that catches our fancy. Our postcard collection is going to be massive!

Knowing myself as I do, I tend to collect more souvenirs than just the usual pieces of paper. Luckily, I’ll be traveling with the support of our 4x4 Ford Transit van, converted by the snowbound folks at the Pennsylvania family-run Quigley conversions. Hopefully THAT will be enough room to carry the personal affects of all 15 riders, plus any spare fuel we want, plus our electronics and bribe money. And if need be, room to carry a broken motorcycle and/or rider.

Of course, nobody sends post cards anymore, instead we’re an Instagramming bunch and we travel the world with a cell phone in our pocket. We’re also going to be carrying GPS’s, helmet communication systems, personal laptops and tablets, digital cameras, maybe some hearing aides and body cameras as well...so that’s why we’re bring our own generator to camp. How’s that for roughing it?! We’re getting the folks at Schutt Industries to take our Onan generator and build us a work-slash-living station that follows along behind the Ford. I’m almost more excited by these toys than I am about the BMWs were riding! You’ll read more about these toys and the build processes in the weeks to come.

So When Do We Leave?

With that said, we’re starting in September and we hope you support us long the way through our social media efforts, Skype calls and even our own website: see http://expedition65.com for sponsorship opportunities! We’ve also got a Pinterest board, Instagram: @Expedition65, Twitter: @Expedition65 and Facebook accounts, so please follow them all! And wish us luck. It’ll be a long one, but a glorious run...just wait until you see the photographs!

And if we don’t inspire you to take the journey yourself, at least you’ll be entertained. I’ll be shooting photographs and telling the story from the road with daily dispatches. The BDR-famous Sterling Noren will be filming the ride for a forthcoming DVD of course (I can’t wait!). And Jim Hyde will tell the story on camera while Jason Houle makes every mile look way more dramatic and exciting than we ever could with our cameras alone. Come along for the ride! It’s our expedition and yours.

And finally, for those of you interested in meeting the team or seeing our vehicles both 2- and 4-wheeled, as well as our preparation to date, please join us at this year's Overland Expo, held again at Mormon Lake, Arizona, May 19th through 22nd. Tell ‘em Fonzie sent ya! Stop by on your run along the Arizona Backcountry Discovery Route!

And if we don’t inspire you to take the journey yourself, at least you’ll be entertained. I’ll be shooting photographs and telling the story from the road with daily dispatches.

Hit me on "daily dispatches" please, THANKS! :)