Watch The Best Scooter Racing Crashes of the Season 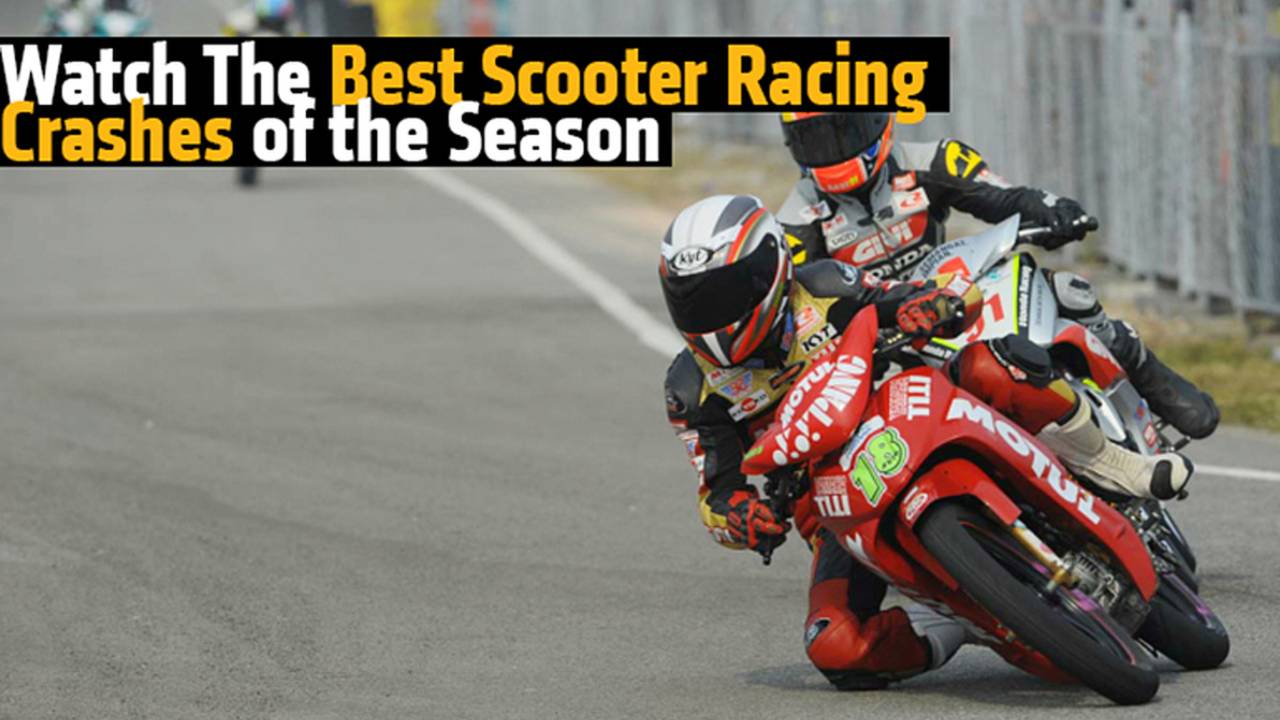 Watch The Best Scooter Racing Crashes of the SeasonLast week we wrote a story about why you shouldn’t fear scooters. Typically speed and small wheels...

Last week we wrote a story about why you shouldn’t fear scooters. Typically speed and small wheels don’t mix, which has been why some people are intimidated by them and if you watch this video, it certainly won’t help that fear. Here's a compilation of some of the best scooter racing crashes at the Malaysian Cub Prix this past season.

It’s something you probably won’t ever see here in the States, Malaysian Cub Prix Championship racing. With scooters stickered up like NASCAR stock cars, it’s a series national division of racing with television coverage that resembles an F1 race.

It’s a big thing overseas and is primarily designed to help up and coming motorcycle racing talents find a start. Named the Cub Prix after the ‘ole Honda Super Cub scooter (50cc-109cc), today the race consists of 115cc to 130cc bikes. The races are made up of underbone motorcycles which are essentially like modern “step-through” scooters, typically found in countries like Malaysia or India. They have a slightly different scooter look than, say a Vespa.

READ MORE:  A Motorcycle, a Scooter or Both? | RideApart

They might be small, but it takes talent to ring these things around a track. It seems from the video that it’s hard to lay one down in a low-side crash (which is the preferred way to crash a bike in a race). The low weight and skinny tires make the scooters prone to high siding when brought into a skid.

READ MORE:  Is This the Future of Two-Wheeled Transportation? An Electric Scooter You Can't Plug In