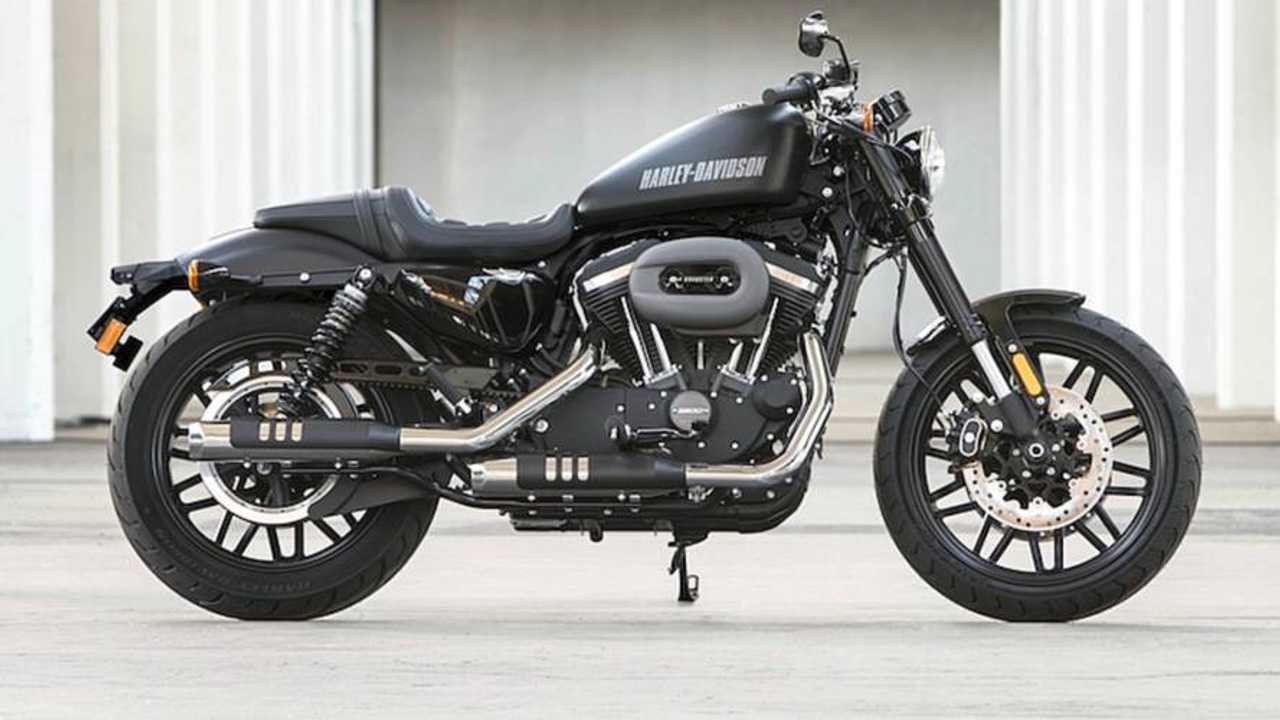 Harley Davidson has pulled the cover off a new Sportster variant: the 1200cc Roadster.

Harley claims the new model is "at home in urban landscapes and on twisting roads." Mid-set pegs and an aggressive stance will help to bolster that first claim; whereas the Roadster's dual front discs and increased lean angle will support the second.

The bike will be powered by the same 1200cc air-cooled V-twin that drives other 1200cc Sportsters, including the Forty-Eight. Keen eyes will spot a number of stylistic similarities between the Forty-Eight and the Roadster. Keen eyes from Europe and Asia will also spot a striking resemblance to the 883R that was sold in those markets up until this year.

Harley-Davidson says the styling draws on a number of looks that have come and gone in the roughly 60 years since the Sportster was first introduced in 1957.

“We’ve watched our customers take the Sportster in so many different directions. The Roadster is a mash-up of styling genres," said Harley-Davidson Director of Styling Brad Richards. "The intent was to build a rider’s motorcycle, a Sportster that’s lean and powerful and connects the rider to the road.”

Perhaps the most noteworthy aspect of the Roadster is its suspension, which delivers 4.5 inches of travel in the front and 3.2 inches of travel in the rear –– considerably more than found on any other Sportster model. The Roadster’s suspension is equally enhanced by new 43mm inverted single-cartridge forks with tri-rate springs, and rear suspension featuring gas-charged shocks and tri-rate springs with adjustable pre-load.

Dual front discs will help to provide a decent amount of stopping power, aided by anti-lock brakes that are standard on bikes sold outside of the United States and available as an add-on in the Land of the Free.

Harley-Davidson says the bike is particularly inspired by its racing successes of the 1950s and 60s.

“We wanted to give the Roadster some DNA from the high-performance KHR models of the mid-50s, and later Sportsters tuned for the drag strip,” said Richards. “Those bikes had fenders cut to the struts, the small fuel tank, and were stripped to their bare essentials to achieve a singular performance purpose.”

Other styling highlights include a slotted belt guard and muffler shields that mimic the "lightening holes" drilled through race-bike components. Rear turn signals mounted directly to the fender struts also serve as the brake lights. The Roadster comes equipped to carry a passenger, though the size of the fastback seat suggests that she or he should be small.

One particularly modern touch is a digital speedometer, tucked into the same set-up as an analog tachometer.