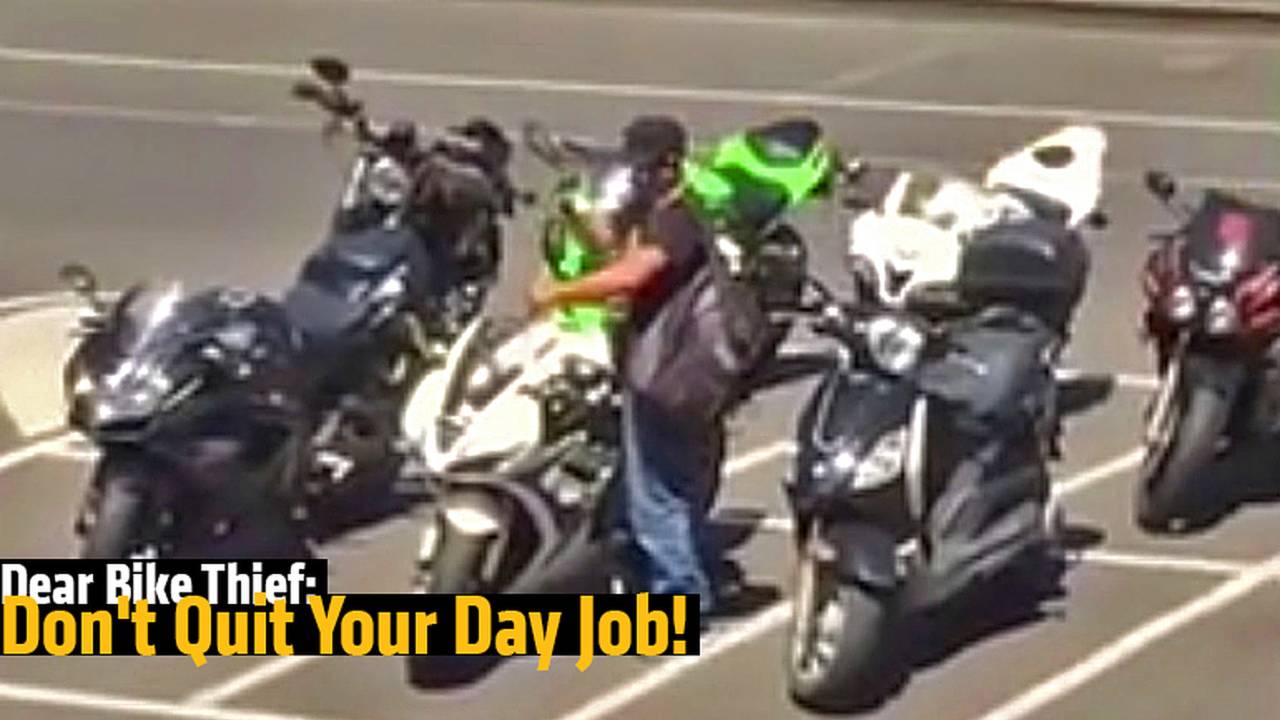 Some thieves are great what they do. This bike thief is not. Watch the attempted moto-theft here at RideApart.

"Alright guys, hold tight. I'm going to steal this bike parked in front of a huge building with a bunch of windows on this busy intersection. Don't worry it's daylight out so no one will notice," said NO ONE EVER.

Let's rewind for a sec. You've probably seen it before, that text message from your fellow riding buddy revealing their beloved bike was stolen. Or maybe you were the one sending that text. Either way, it's a spirit breaking experience.

Bike thieves are terribly good at what they do. Rarely do people recover the missing bikes and the ordeal leaves behind a mess of insurance woes to deal with. Theft deterrents like the Kryptonite chain and lock exist to make it harder for thieves to do their jobs, but the bastards will still find a way to steal your bike. It's a cold, dark, and unforgiving underworld people. There just has to be some form of justice somewhere, right?

Cue the video below of an idiotic bike thief who chose the extremely stealthy approach of punching the ignition of a Daytona sport bike with a screwdriver… in broad daylight, for all to see.

Did he not notice the onlookers with their cameras out? Were his sunglasses that dark? Did he really think that was a good idea? We'll never know.

Eventually a security guard stumbles out of the building just in time to try to prevent the bike-napping, but to no avail as the culprit makes a clean escape in his accomplice's get-away car with blacked out plates–which by the way, was the only pro thing in this poor attempt of thievery.