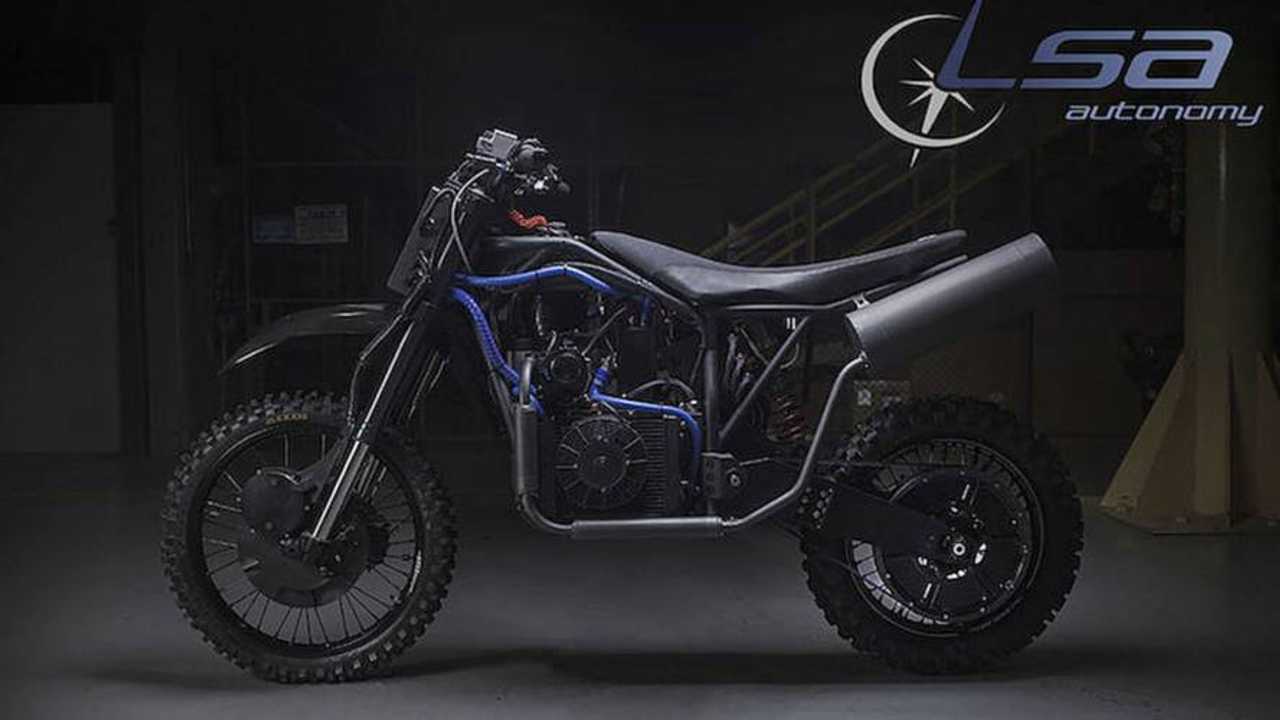 A Special Operations conference taking place in Florida last week has offered a glimpse of two stealth motorcycle designs to be used by U.S. special forces.

At the conference in Tampa, the Pentagon's research wing, the Defense Advanced Research Projects Agency (DARPA), displayed two bikes that feature, in DARPA's words: "cutting-edge hybrid multi-fuel engines that can burn a variety of combustibles like JP-8, Jet A-1, gasoline, propane, etc.."

According to the agency, the bikes could theoretically even run on olive oil, which will be handy when the SEALs want to take down someone hiding out in one of Mario Batali's restaurants.

However, more importantly, the bikes can be switched to run on electric power, thereby giving special forces a greater element of surprise and stealth.

DARPA showed off two models: the Logos Technologies SilentHawk, and the Nightmare hybrid from Land Sea Air Autonomy. LSA Autonomy says its motorcycle is equipped with two-wheel drive and says it can foresee the bike being put to commercial use, as well as military.

LSA Autonomy says it is working in collaboration with Mission Motors and Northwest UAV (NWUAV) to produce the prototype.

According to LSA Autonomy: "Mission Motors and NWUAV bring a wealth of talent and experience in the design of high power density batteries, power electronics, and heavy-fuel UAV engines."

DARPA envisions the motorcycle being used to transport special forces to areas inaccessible to most vehicles. The motorcycles are presently only at Phase II of the development process, so it is unlikely that they will be seen in conflict areas for quite some time.