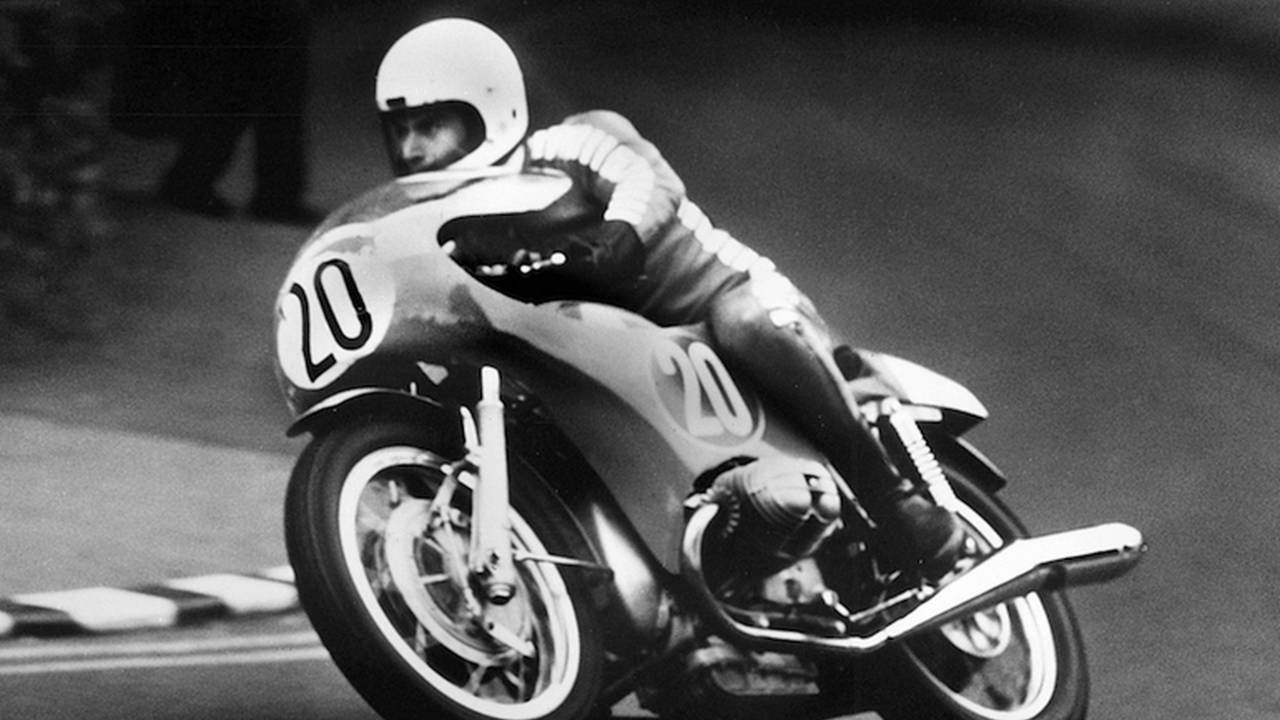 As the Classic TT (formerly the Manx Gran Prix) winds up at the Isle of Man this week, BMW has honored the accomplishments of winning riders from 40 years ago.

At this year’s gathering of racing legends, BMW Group Classic celebrated 1976, when Helmut Dähne and Hans Otto Butenuth won the 1000cc class of the Production TT on a BMW R90S. Since then, Dähne and his teammate Butenuth – who passed away in 1997 – have belonged to the exclusive group of riders able to enter their names in the winners’ list of the oldest, most demanding and hazardous motorcycle road race in the world.

The now 71-year-old Dähne returned to the scene of his great win at The Island. Forty years after his victory, he once again rode his original BMW racer around the Isle of Man – this time by way of a lap of honor. Not as fast as in 1976, but nonetheless to the applause of thrilled spectators around the circuit.

Dähne’s anniversary ride on Monday, 29 August, was the curtain call for the BMW Group Classic’s appearance at the Tourist Trophy paddock, next to the grandstand in the capital of Douglas and at the festival on the airfield in Jurby. In a large display area, motor racing fans were able to see not just the winning boxer motorcycle of 1976, but also numerous other BMW racing bikes with a TT history.

The selection ranged from a BMW R5SS from 1937, an R51 of 1939, to the RS54, which was designed as a racing machine in 1954 and already reached top speeds of over 200 km/h. The current model program was represented with the two latest additions, the RnineT Scrambler and the G310R.

Helmut Dähne began racing motocross at 17, and took up road racing in 1968. He went on to win 15 German championship titles in production racing. One particular feat that ensured Dähne a place in history was his record run on the Nurburgring Nordschleife in 1993. He completed the circuit in 7:49.71 minutes: this outstanding time can no longer be improved as the track has since been modernized, so Dähne’s motorcycle lap record is “eternal”.

Dähne started his career by training as a mechanic with BMW. In the racing department he helped develop the R75 competition bikes, one of which he rode in the 200-mile race in Imola, Italy, in 1972. The talented mechanic was also quick to get hold of the BMW R90S launched in 1973 – the brand's first superbike. He moved to Metzler in 1974 to work in race tire development. Between 1972 and 1994 he competed in 26 TT races at the Isle of Man. His 1976 victory was followed by second place finishes in 1984 and 1986.