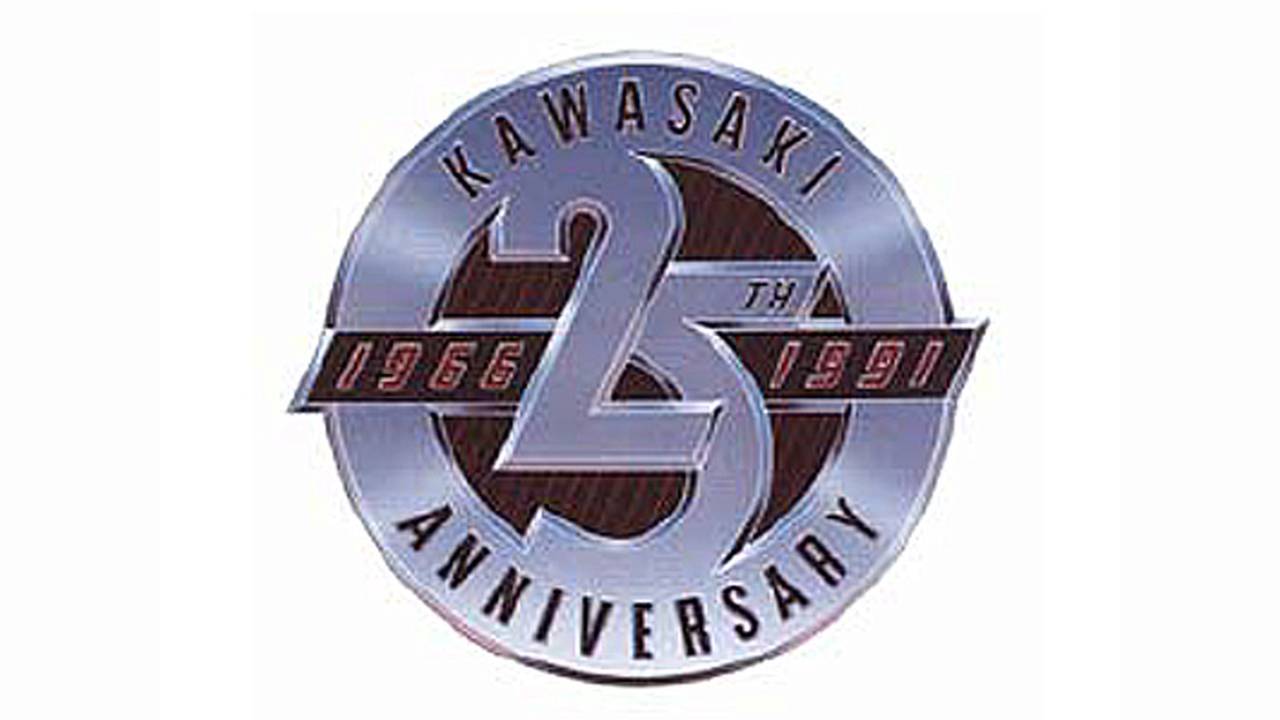 The 50th Anniversary of Kawasaki USA is upon us and we offer a peek at some of the commercials that helped The Good Times Roll.

Kawasaki’s 50th U.S. anniversary rolls on with a look back at 1991 and the booklet "The Glint of Chrome in Young Men’s Eyes." The 16-pager detailed numerous people, product and racing high points from 1966 through the silver anniversary. Although the book contains just eight photos and one illustration, the words took readers on a retrospective ride into the colorful events that defined Kawasaki’s early years in America. We've included a video of some of the more memorable commercials from their frst 25 years below.

Scott Russell leads teammate Doug Chandler at Mid-Ohio in 1990 on the way to winning the AMA 750 Supersport Championship.

In racing, as the silver anniversary concluded Scott Russell had just won the 1991 AMA Supersport title and Mike Kiedrowski had claimed the AMA 125 Motocross crown. While in streetbikes, the Ninja ZX-11 offered what The Glint of Chrome called “the most incredible internal-combustion performance ever offered to the public.” The company goes on to prove the prowess of the mighty ZX-11 in this popular commercial for its flagship superbike of that era.

Oh how things have changed in the past 50 years. Compare those original retro cool TV spots from the 70s and 80s to the bad ass self promotion video that celebrates Kawasaki's 50th Anniversary. While both styles are neat, I think we prefer the old school cool at this stage!