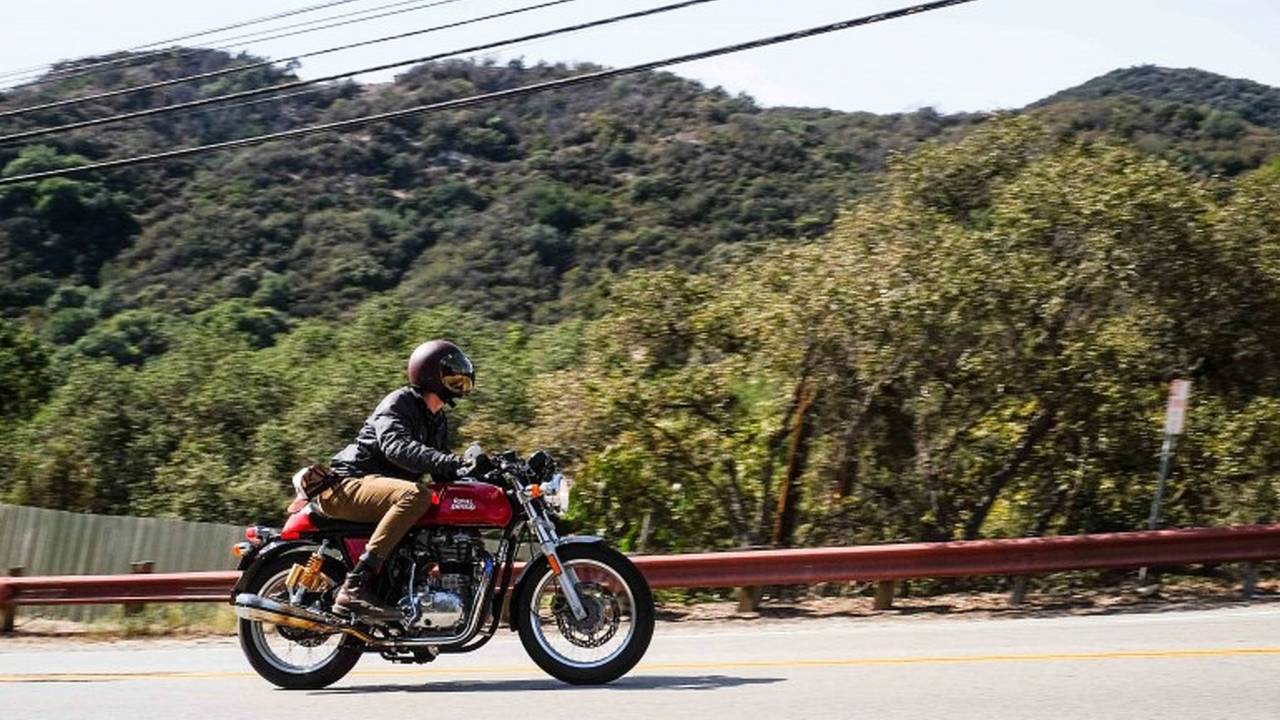 Spy shots suggest an updated version of the Royal-Enfield Continental GT will hit dealerships in 2017.

Spy shots published today by MCN suggest an updated version of the Royal-Enfield Continental GT is on the way. The shots are exclusive to the British newspaper, so if you want to ogle you'll have to head over to its website – where you'll see a bike that looks a whole lot like the existing Continental GT.

The 535cc thumper arrived to big fanfare in late 2013, serving as Royal-Enfield's first new model in 50 years and heralding a renaissance of sorts for the Indian née British company. Stylistically it hit all the right notes and when ridden in conditions similar to those found in India the 29-horsepower wonder satisfied. But on faster roads, up against more modern, more expensive bikes, the Continental GT has sometimes disappointed riders – primarily thanks to some unruly buzzing in the 'bars.

Obviously there's no way to tell by looking at photos whether that issue has been addressed but the spy shots do reveal the presence of anti-lock brakes. That and the fact the spy shots were taken in Spain are a clear sign that Royal-Enfield is eager to stay in the European market and adhere to EU regulations. Which, in turn, means this new bike will also be Euro 4 compliant. And perhaps the engine tuning necessary to do that will also provide an opportunity to smooth out the sexy cafe racer's wrist-numbing ride.

Worldwide (and especially in its native India) Royal-Enfield's sales have been booming as of late. By next year the company expects to be selling up to 900,000 units annually.