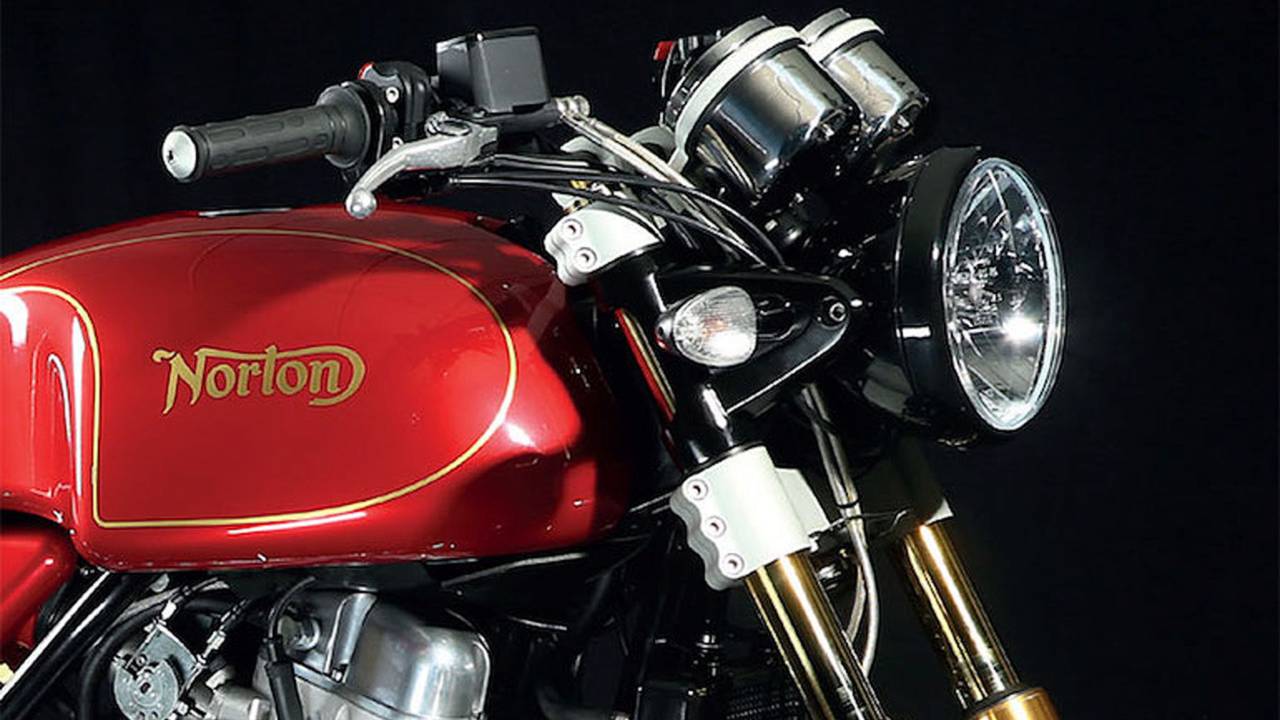 Iconic British brand Norton seems to be on the cusp of a very exciting period in its resurrected history.

British brand to reveal family of twins this weekend

British publication MCN is reporting that another famous (but markedly less successful in the modern era) British brand, Norton, is set to reveal a number of new 650cc parallel-twin-powered  bikes on home turf this weekend.

READ MORE: Exploring Motorcycling's Past on a Bike That Represents its Future | RideApart

Appropriately, the brand will be unveiling the family of twins at Motorcycle Live, the UK's largest motorcycle show, which is held each year in Birmingham – the same city where Norton got its start (as did a number of other famous British brands, including BSA). Norton first started building motorcycles in 1902, the same year as Triumph, and suffered the same financial woes as that better-known marque in the '60s and '70s. Unlike Triumph, however, its resurrection has been slow and particularly unsteady.

Since 2008, the company has limped on by making a trio of bikes based upon a 961cc parallel twin. High price tags, questionable reliability and even more questionable company practices have resulted in ill will on the behalf of many observers, but the company does seem to have been (slowly) pulling itself together in the last year or so. First there was thew news of the company's gorgeous V4 RR sportbike; last week it announced that it had partnered with an Indian firm to manufacture bikes for that particular market; and now the brand appears to be trying to expand its appeal away from the boutique crowd.

Or, well, so one would assume with the advent of a 650cc parallel twin engine. But don't expect this twin to behave or be priced the same as the 650cc parallel twins introduced last week by another famous brand with strong British ties, Royal Enfield.

“The engine has been designed to have three power levels, with the top end being a high-spec 175bhp supercharged version," Norton Head of Design Simon Skinner told MCN. "Then a normally aspirated high-performance version at 100bhp, then a low-powered one with just under 70bhp."

Reportedly the first of the family to be revealed will be a scrambler-styled machine. Skinner said the steel trellis-framed bike will be "a proper scrambler."

READ MORE: 10 Reasons Why This Norton is the Ultimate Vertical Twin | RideApart

"You’ve got to be able to ride it through mud, bash it about, drop it, and pick it up and carry on," he told MCN. "It’s got to be a pure and honest bike that can do what it looks like it’s capable of doing."

We'll be surprised if a cafe racer isn't hot on the scrambler's heels, since the brand played such a huge role in the original cafe racer culture. Company owner Stuart Garner says a 650cc sportbike is also in the works.

"It’s a very lightweight, modern parallel twin, so it’s not like a BMW or Kawasaki mid-capacity parallel-twin," Skinner told the newspaper. "This is literally half the V4."

Unfortunately, company heads acknowledge that the new twins won't be as affordable as one might expect for a bike of such capacity. Garner told MCN that the company has a "£10,000 target" (US $13,300) for the base model, with prices wandering north of £12,000 ($15,900) for the higher-spec versions.

Certainly all this is exciting news for fans of British bikes, but I have to admit to being skeptical. As a UK resident for more than 11 years, I can't remember ever seeing a modern Norton on the road. I'm concerned that the rough early years of Norton's resurrection have left a sour taste in the mouths of many potential buyers, and a lot of work will need to be done to convince them to change their minds. Work made even more difficult by how good Triumph is these days.

If, however, Norton can really demonstrate that its gotten its act together it may stand a chance. Whereas I've never seen a modern Norton on the road, I've seen plenty of old ones. That means there's a residual affection for the brand that can be tapped into.