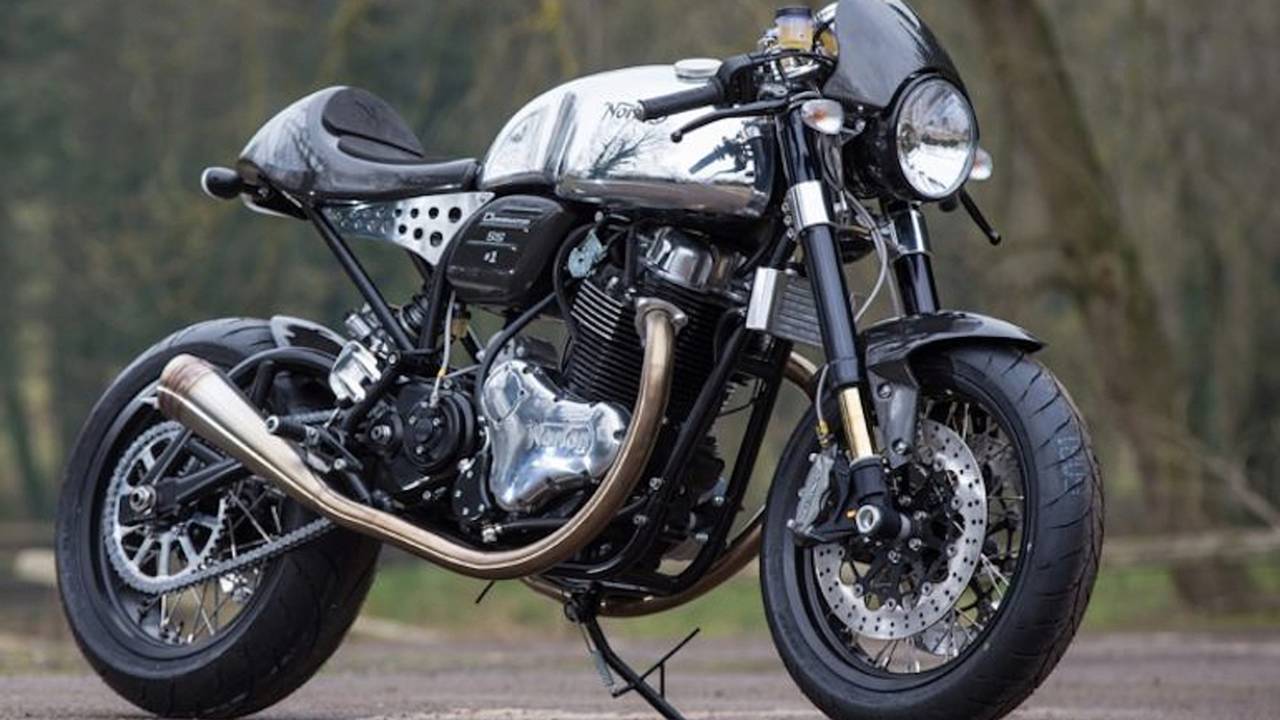 India's Kinetic Engineering has entered a partnership with Norton Motorcycles to market the British twins in India.

Indian auto manufacturer Kinetic Engineering has established a joint venture with Norton Motorcycles to sell Norton Commanders and Dominators in India. The collaboration was revealed at the EICMA 2017 show in Milan, and an official announcement is scheduled for New Delhi on November 15.

The Nortons come in cafe racer trim and are bursting with modern performance equipment. They are both powered by an oil/air-cooled 961cc parallel twin with a 270-degree crank, gear-driven counterbalancer, and five-speed gearbox. The Commando is fitted with a 43mm Black-line Ohlins USD fork up front and Ohlins reservoir shocks in back. The racier Dominator has the same fork setup, but gets an Ohlins TTX 36 mono shock with a remote reservoir at the rear. Both have 320mm floating discs with Brembo four-piston monobloc calipers in front, and a 220mm rear disc with two-piston caliper in back.

The news release from India did not mention the recently launched Commando 961 California, which the company calls "The easy riding roadster." We assume that, pending the public response to the model in other markets, that it will ultimately be available in India alongside the Commander and Dominator.

Norton was originally founded by James Lansdowne Norton in 1898, and began production in Birmingham in 1902. The company participated in road racing from the sport’s beginning, winning the first Isle of Man TT in 1907. In 1968 Norton introduced the famous 750cc Commando with Isolastic engine mounts to minimize vibration. As the British motorcycle industry faded in the 70s, the company merged with BSA and Triumph to become Norton Villiers Triumph. Production of the parallel twins ended in 1975.

In the 90s, Oregon restorer Kenny Dreer redesigned the original engine and went into production with the Norton 961, which lasted until 2006. The marque was then acquired by UK investor Stuart Garner, who set up manufacturing based on the Dreer design and has been selling bikes ever since.