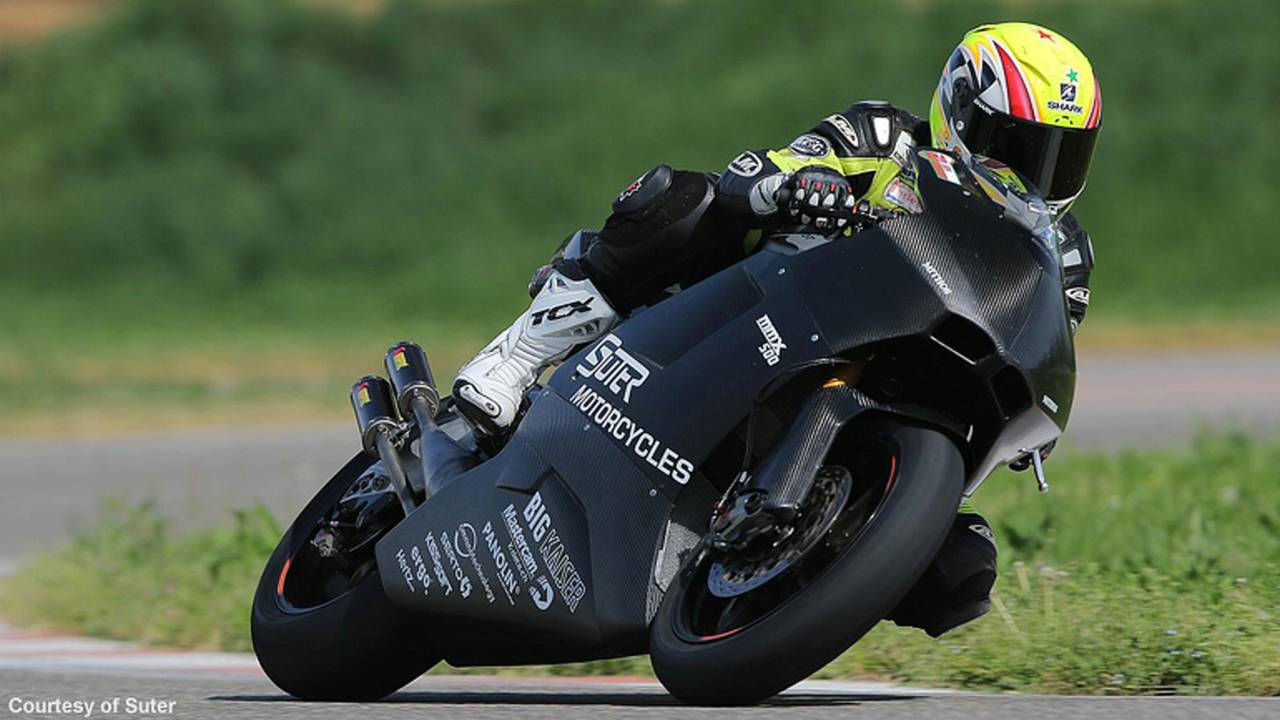 So far the only lucky test rider in the States has been Chris Ulrich of Roadracing World, who was suitably impressed. (The image above is IOM TT racer Ian Lougher testing the bike in April, 2016. -Ed.)

“I grew up watching 500cc two-strokes racing in the GPs,” said Ulrich. “I memorized the 1990 and 1991 seasons and could tell you everything that happened, race by race. The Suter MMX 500 is a true, die-hard enthusiast’s bike, something you buy to experience a modern version of 500 Grand Prix racebikes. The guys at Suter used modern engine technology, modern chassis design and modern tire performance so us mere mortals can ride a bike that only the racing gods could ride before. And it did not disappoint.”

Ulrich’s full report on test riding the Suter MMX 500 is scheduled for the March 2017 issue of Roadracing World & Motorcycle Technology but you can check out his first look at the bike online right now. They have a few video clips of the bike at speed so you can hear that V4 howling. The MMX500 pictured below is the Yamaha Replica livery. It is also available in a Cagiva livery or simply black carbon fiber. All of which are tasty looking.