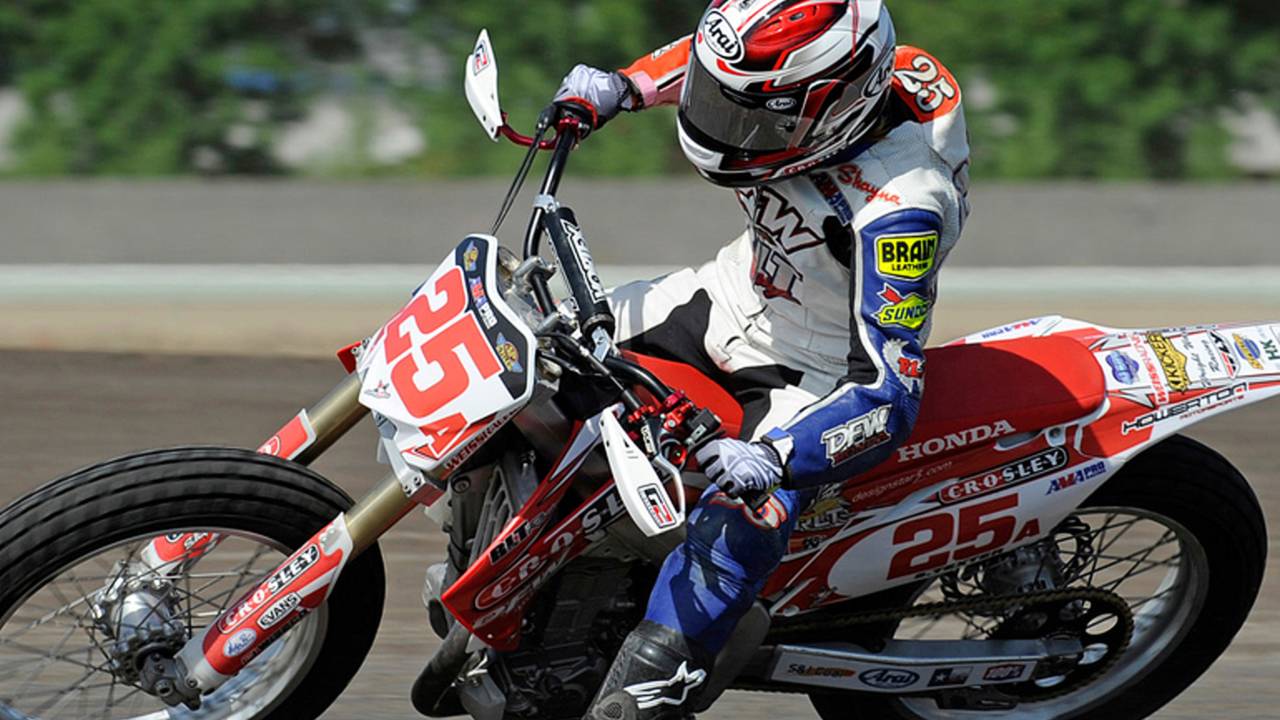 The July 12 episode of “Jay Leno’s Garage” on CNBC will feature American Flat Track racer and current points leader in the AFT Singles class Shayna Texter. Comedian Alonzo Bodden and AFT Chairman Michael Lock will also join Leno for an overview of this year’s racing season and the renewed rivalry between Indian and Harley-Davidson.

While Shayna Texter isn’t the first woman to race in the overwhelmingly male-dominated sport of flat track she is one of few. She's also certainly the only one to top the podium five times and be leading in points at mid-season. Riding a Honda CRF450R, the Pennsylvania native has ruled the high speed mile tracks this year, winning at Lexington, Kentucky, Phoenix, Arizona, Sacramento, Calif., and Oklahoma City. And, just to rub it in a bit for the guys trying to chase her down, last weekend she won the half-mile at Weedsport, New York.

Third place finishes in the Atlanta Short Track and Lexington, KY, Mile, and a second at the the Charlotte, NC, half mile, have put her at the top of the points chase for the national championship. Texter, who started racing at age four, comes from a racing family going back to her grandfather, Ray Texter. Her dad Randy was twice AMA US Twins Sports Champion, and brother Cory is an accomplished Expert in the flat track Twins class.

In a Forbes Magazine interview last year, Texter offered some insight into her racing career and history of watching her dad race.

“When I wasn't at a race track, I was riding my bicycles in circles through the showroom floor of my dad's Harley-Davidson shop,” she said. “I love AMA Pro Flat Track not only because of the speeds and competitiveness on the race track, but also the family you get off of the track. Our AMA Pro Flat Track family is very unique and hard to come by in the industry -  you will not find as inclusive of a group in any other type of racing.”

She also had some advice for other women looking to get started in flat track.

”I want other women and girls to never give up on their dreams. I started out riding my motorcycle in an empty field one day and now I am a part of the AMA Pro Flat Track tour,” she said. “When things gets tough you have to keep digging, work hard, and never give up on moving toward the finish line. There was one day when it would of been easy for me to give up, but I didn't. I am happy now that I stuck with it because I went on to win eight GNC 2 Grand Nationals."