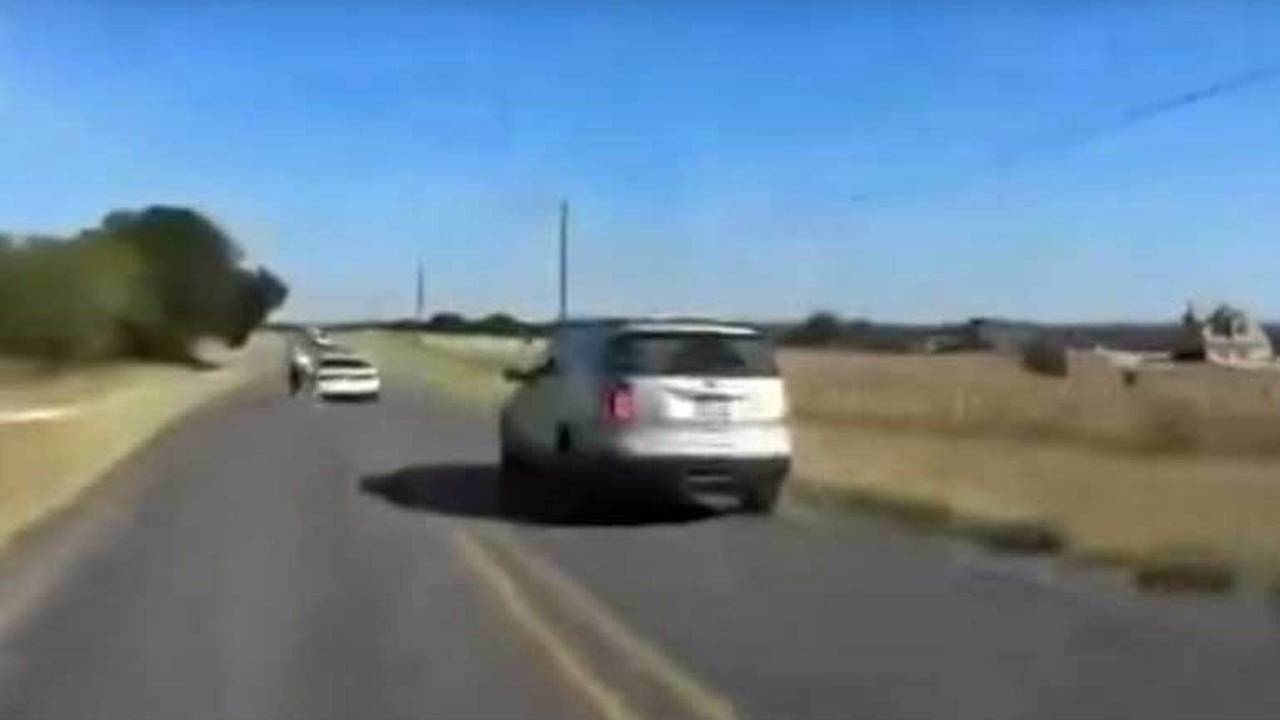 A scary incident caught on video in which a driver swerved into a passing motorcycle has resulted in a 15-year prison sentence.

In 2015, William Crum intentionally swerved his car into a motorcycle ridden by Eric Sanders causing a crash. Last week, Crum was convicted of two counts of aggravated assault with a deadly weapon, and was recently sentenced to 15 years in prison for his actions.

The incident was recorded on video by a fellow motorcyclist, showing Crum’s car suddenly swerving across the centerline as the motorcycle was passing. The impact sent the bike, rider and passenger sliding down the road. Sanders suffered minor injuries, but his passenger, Debra Simpson, was seen lying motionless beside the road. She had a broken arm, bruises and road rash, which sent her to the intensive care unit at Texas Health Harris Methodist Hospital in Fort Worth.

When confronted by witnesses after the crash, Crum said: “I don’t care.”

Interviewed in jail the following day, Crum displayed a mark on his leg, claiming a spider had bitten him and caused him to lose control of the car. He went on to say that had the motorcyclist not been breaking the law by passing in a no-passing zone, the crash wouldn’t have happened.