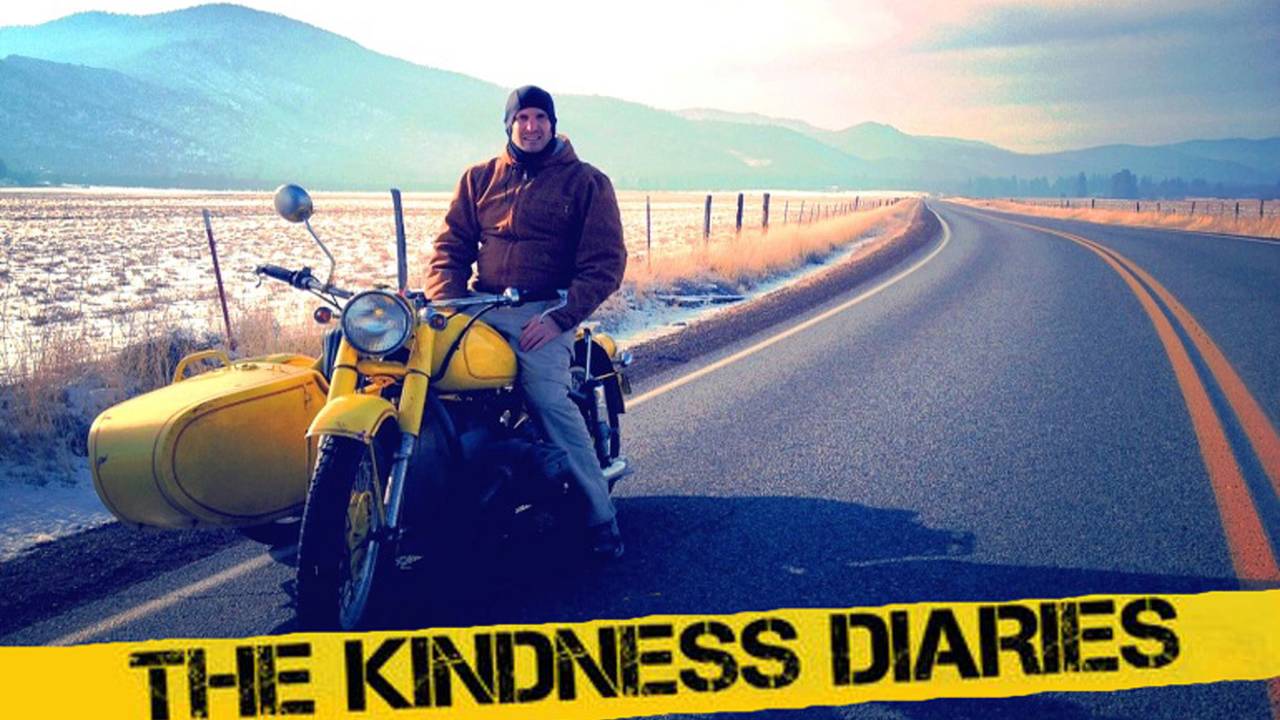 Travel the world being nice to people. It seems a pretty simple concept; meet a motorcyclist who's actually doing it.

Currently on Netflix is a different type of motorcycle-based reality show. "The Kindness Diaries" isn't about building cool bikes and throwing wrenches, and it isn't about famous actors getting their bikes stuck in the mud. It is about a bald, skinny Englishman riding an airhead BMW around the world and testing the limits of the kindness of strangers.

Leon Logothetis is the man, and he is about as unremarkable looking as you can get, though he was once a very successful broker and is richer than pretty much anyone reading this. Like all rich men, his life was empty and he was miserable (Right? I just assume they all are) until he saw The Motorcycle Diaries and decided to emulate Che's journey. Leon set out to hitchhike around America and connect with people on a personal level, with just $5 in his pocket and no credit cards or cell phone. That trip inspired him to go further, and do more, so he set out on his beemer to repeat the idea worldwide. As you can see, he also seems to be testing the limits of how much goodwill can protect you from traffic accidents and road rash.

In 13 half-hour episodes Leon travels from Los Angeles, to New York, across the Atlantic to Spain, across Europe to Turkey, on to India, Thailand, Vietnam, then by freighter to Canada and back to L.A. Along the way he does meet many very interesting and kind people, and manages to make some personal connections. He also rides through some beautiful countryside and visits many awesome places that will make you envious. No matter the conceit of the show, his tour is a lot more like the one any of us is likely to take than The Long Way Round/Down.

The show has good and bad points. Leon plays poor (reminding me of this song) but typically does reveal himself once per episode and bestow a gift of philanthropy on a needy person or group. You will get the feels, as they say, when he is offered food or shelter by people so poor they make the American homeless look middle class. But then, you will get tired of him playing the game of "can a silly man, with no money, and just a foreign accent and a camera crew find someone to buy him gas/food/shelter?"

You have to wonder how much harder this trip would have been for an actual nobody, without local segment producers, or an SUV with cameras following him around. We all saw how that worked out for the robot.

Rotten Tomato Rating: This title doesn't appear on Rotten Tomato, Metacritic, or even IMDB. The book based on the same trip manages to get a 4.3 out of 5 stars on Amazon though.

RideApart Worth Watching:  Yes, 7.5 out of 10. Especially after a long day of arguing politics and current events on Facebook, or with your family over Easter dinner. I would give the whole series a 7 out of 10 just for restoring faith in humanity, then add another .5 for the airhead BMW.

Worth Noting: Leon continually refers to the bike as an old Chinese branded copy of a BMW from the 1960s, but you can clearly see the motor has been swapped with an actual BMW unit. You have to wonder if any of the parts left on it were actually made in China back in the day. Still, most people I know wouldn't set off across the state on a 50-year-old bike with 6-volt electrics and points-fired ignition.

Many people over the years, who have stopped treating the world like races, religions, countries, and political parties and instead talked to people personally have discovered that most individuals are OK if you get to know them. This plays out all the time if you ever meet a person in real life who you think you hate based on Facebook or forum arguments. If you have Netflix connected to this computer/tablet/phone, you can start watching by just clicking here.

You can watch the trailer right here: