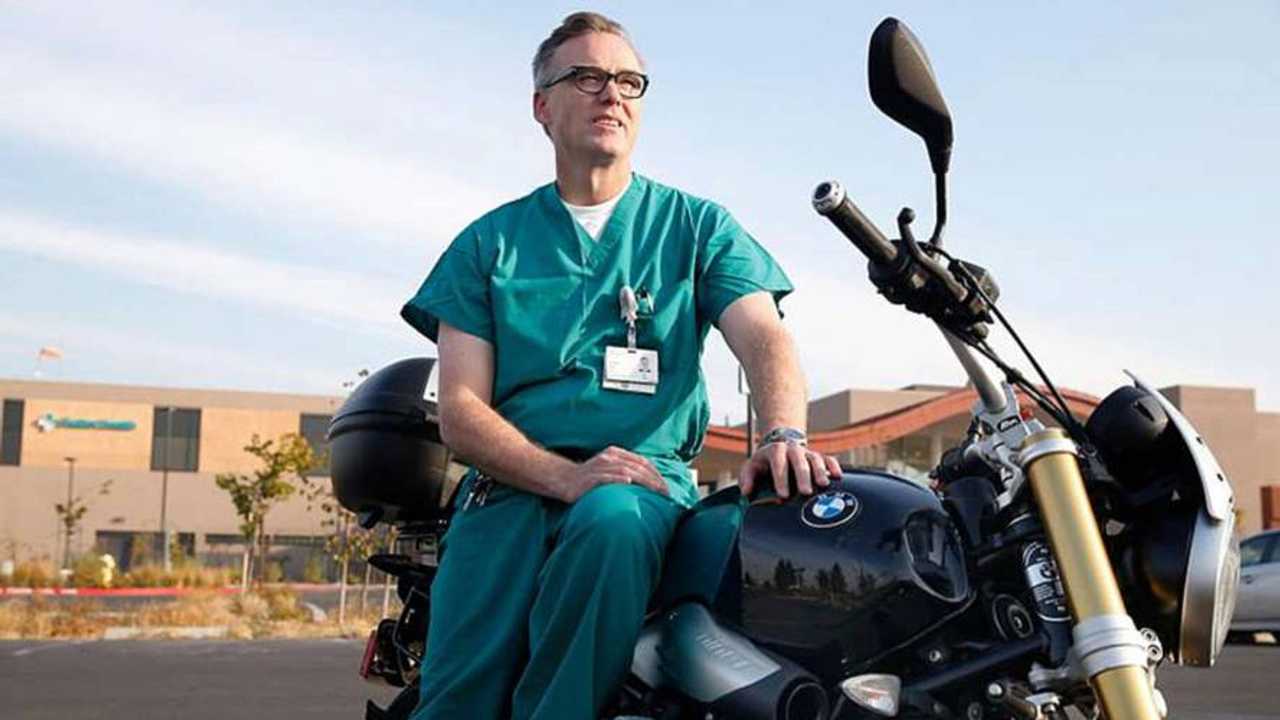 A mild-mannered OBGYN rode his Beemer through a California wildfire to save eight preemies and played it off like it was no big deal.

"I left in my truck but couldn't get very far because the freeway at that time had flames going across it," Witt told KTVU. Not one to give up easily, Witt returned to his house, ditched the truck, and set off on his BMW R nineT. "In California, you can split lanes so I just kind of went down the middle of lanes and got past everybody. I got to where the fire was and started skirting around it,” he said. “It wasn’t all that harrowing, it just involved darting around traffic, riding on the shoulder, sliding in the gravel. The police, when I explained, let me go through."

Moving the babies from the smoky hospital to nearby Santa Rosa Memorial Hospital required multiple trips over three hours in rapidly deteriorating conditions. Police opened the now closed highway for him and the fully loaded ambulances. As the last two babies were loaded into their ambulance, Witt realized that the only way out for him was aboard the Beemer.

“At that point, the fire had come close enough that I knew the only way I could get there was to follow the ambulance on the freeway,” he said. “I figured it would be OK if I followed the ambulance and got some draft.”

As Witt sped down Highway 101, the smoke was so thick and the flames so close that at times the only way he could navigate was by following the ambulance's emergency lights. He rode through butts of embers, choking smoke, and over downed power lines to make sure his tiny charges made it safely to their destination.

“On a motorcycle, you’re pretty versatile,” he said. “I wasn’t really thinking of the danger because I was just thinking about what the babies would need. I know each baby personally, I know what they need and I wanted to pass that on to their new doctors. I wanted to be there for them."

Unfortunately, while Witt was rescuing babies, the fire finally reached his neighborhood. His family evacuated safely, but their house was a total loss. Witt took it in stride, however.

“We lost everything,” he said. “But we’ll be OK. We have insurance, and we intend to rebuild. And the support from the community has been amazing.”

I always enjoy positive stories about motorcycles, and this is about as positive as it gets considering the situation. As for the evacuated babies? They're doing fine, and are now the coolest kids in the NICU.