The Power of Three - Yamaha Goes All In on Three-Wheelers 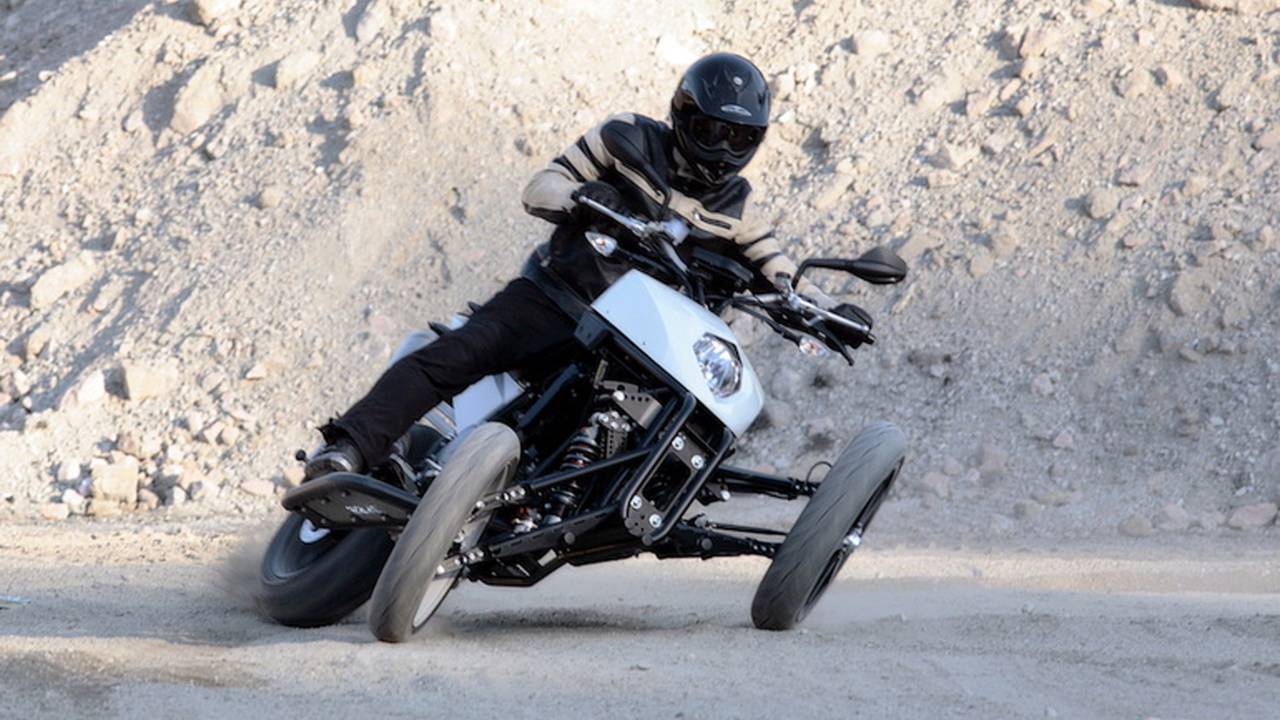 Desperate times require desperate measures. Despite Yamaha’s motorcycle sales actually increasing in 2017 by more than 10 percent, the Japanese powerhouse appears to be exploring some unusual avenues to increase revenues. One of those appears to be an effort to expand its three-wheeled portfolio and attract new customers. The latest proof of this comes in the form of the acquisition of BrudeliTech, a small Norwegian outfit that makes tilting three-wheelers powered by KTM singles.

BrudeliTech was founded in 2001 by Geir Brudeli, who also happens to be the company’s only full-time employee. Brudeli’s interest in unconventional vehicles was sparked in the late-1990s when he came across a dilapidated Swedish army bike with its front-end swapped out for skis. With a background in engineering and a passion for motorcycles, Brudeli decided to explore and develop unorthodox motorbikes. In 2001, he partnered with Kjetil Eide, founded the company, and got started on its first offering.

In February 2003, Brudeli completed its first full-scale prototype – a tilting personal winter vehicle based on the Polaris Trail Blazer ATV. BrudeliTech then joined forces with renowned design firm Hareide Design Norway to create a new concept. The result was a proto-moto that was not only shorter and handled better than the prototype, but was way sexier thanks to Hareide's industrial design chops.

The finished product, the Brudeli 625L, was unveiled at EICMA 2005. Not long after, some deep-pocketed investors got on board and BrudeliTech began working on a slightly larger design for production. This new machine was based both on the first 625 prototype and the KTM 690 Supermoto. The company called it the Brudeli 654L Leanster. At Intermot 2008, BrudeliTech unveiled the 654L, a tilting three-wheeler powered by a four-stroke, 654.7cc, 63hp (@ 7,500rpm) single. It had a top speed north of 100 mph and could lean at up to 45 degrees while its floorboards remained parallel to the ground.

In 2010, the business underwent a financial restructuring and Geir Brudeli became the company's sole owner. Over the next two years the outfit expanded into the automotive consulting business and thrived there. Sadly, a fire at the company’s facility entirely destroyed its workshop, equipment, and parts. Following the fire, BrudeliTech split its time between tilting three-wheeled research and development and automotive consultation. This continued until 2017 when Yamaha stepped in and bought BrudeliTech, its assets, and properties lock, stock, and barrel.

With the relatively recent introduction of Yamaha’s three-wheeled Niken, the company is clearly interested in breaking into the three-wheeled market. The acquisition of BrudeliTech also suggests an interest in expanding its lineup of unconventional vehicles. Since there are major differences between the Niken and Brudeli 654L, it’s possible that Yamaha may want to use proprietary design elements from the Leanster in its own future offerings.

“I see this as an incredible honor that Yamaha have decided to acquire this technology that we started to develop here in Norway. Knowing the competence, knowledge, and passion of Yamaha, it will be exciting to see its future products,” said Geir Brudeli.

It is unclear what the scale of Yamaha’s intentions are in this segment at this point, but as it continues to buy up various proprietary designs, that answer should become evident. Will this be used on off-road oriented three-wheelers like Brudeli’s original vehicle? or will this be for road-going models? Both? We’ll update you as news come in.