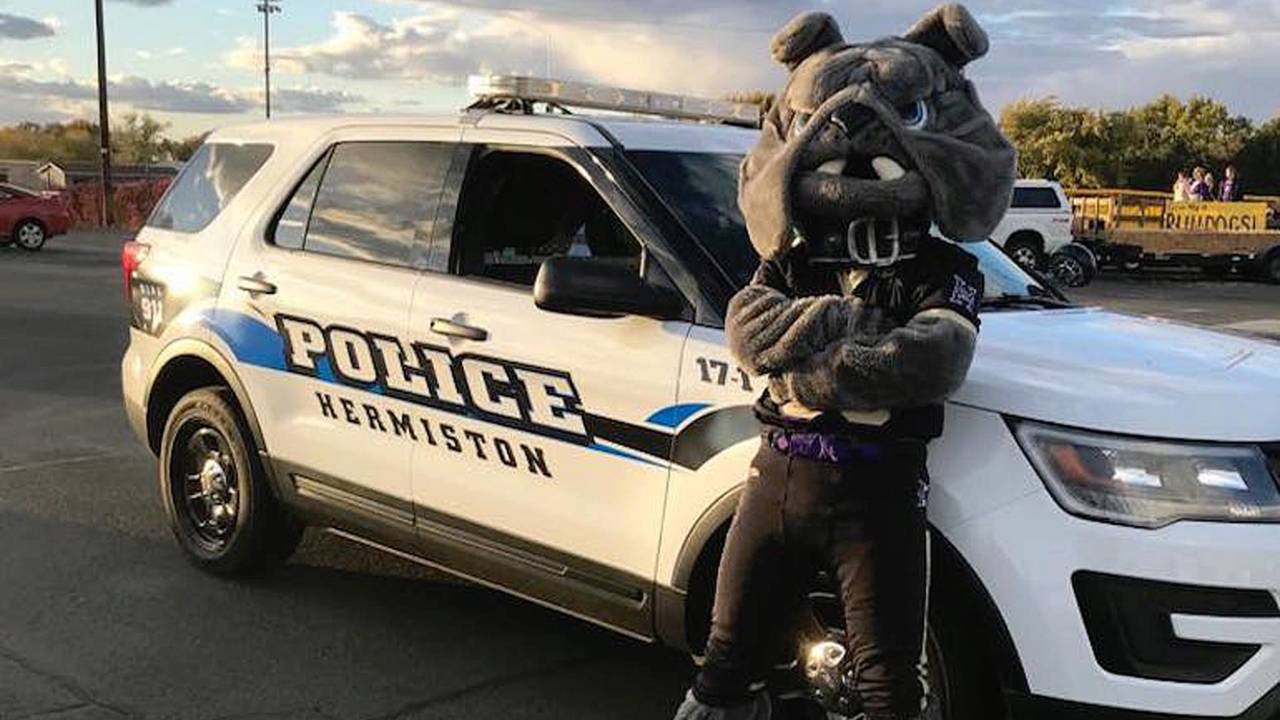 At a loss as to how to locate a suspect in a high-speed chase, a police department in Oregon turns to Facebook in an effort to find him.

With little doubt as to identity of a chase suspect, law enforcement has some fun contacting the Oregon man on Facebook.

Police in Hermiston, Oregon have taken to trolling a man on Facebook who allegedly led officers on a high-speed chase through town while mounted on an old Gold Wing.

According to the East Oregonian, the pursuit began around 9:45 a.m. on February 26 after an officer spotted a blue Honda Gold Wing with registration that’d been expired since 2016. When the cop lit up the unregistered bike, the rider took off, sparking a chase that reached speeds of up to 80 miles per hour. After around fifteen minutes of leading the cops on a merry chase, the rider ditched the Gold Wing and successfully fled the scene on foot.

When police impounded the bike, they found evidence that lead them to a suspect—a known local scofflaw named Corey Timothy Gray. After several hours with no arrest, Lt. Randy Studebaker of the Hermiston PD hopped on Facebook to reach out to Gray in a 350-word post outlining the department's reasoning for suspecting him.

The post begins with a short retelling of the chase—just in case there's any confusion as to what he's being contacted about—before proceeding to provide the three main bullet-points for suspecting Gray of Monday's crime:

“1. Your identification was found in a wallet on the motorcycle, along with a small amount of what we suspect to be controlled substance.

2. The motorcycle was ditched near the home of somebody we believe to be one of your associates.

Studebaker included a mugshot of Gray along with a photo of the bike so there won’t be any doubt as to which 40-year-old Corey Timothy Gray of Heppner, Oregon police are attempting to reach. The post concludes with Lt. Studebaker stating, “Our records indicate that prior to this incident, you allegedly failed to check in with your probation officer. We are happy to help you with that issue as well. Please give us a call or stop by the police department at your earliest convenience. Any of our officers would be happy to assist you.

According to Studebakert, this isn’t the first time his department has reached out to suspects via Facebook and he claims that he’s had success with the tactic in the past. A quick search of the department’s Facebook page reveals that Lt. Studebaker isn’t lying.

“As technology becomes more prevalent you can either adapt, learn how to do things a new way or you fall behind”, HPD Detective Bill Osborne told a local TV back in 2012. “If they’re willing to provide us with info, I’m willing to take that and help solve the case”.