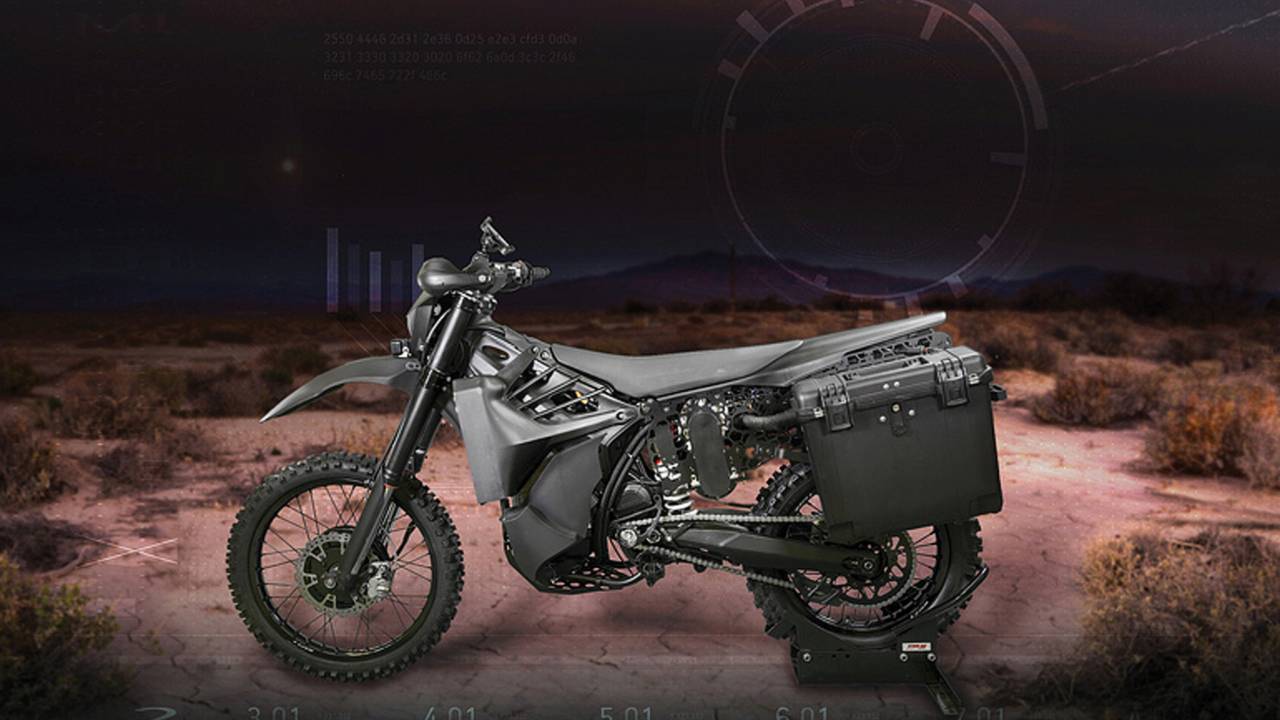 Logos Technologies' SilentHawk is a high-speed, low-drag, hybrid dirt bike that may be just the thing for America's special forces

The United States Special Operations Command—SOCOM to high-speed, low-drag nerds like me—is the umbrella organization under which all of the U.S. military's special forces units operate. It's where you'll find your SeALs and your Green Berets and your Delta Force and your Pararescue P.J.s and even your Rangers. These are the cats that walk a hundred klicks behind enemy lines in the dead of night to whack an important enemy leader or go tear-assing around the desert on horses wearing caftans and beards so thick they can turn a bullet. They have a very specialized set of skills, and they require a very specialized set of tools to help carry out their various dangerous, clandestine missions. One of those specialized tools just might be Logos Technologies' new SilentHawk hybrid off-road motorcycle.

Logos Technologies is an outfit out of Fairfax, Virginia, that provides stuff like high-energy lasers, miniaturized sensors, multi-source dataset processing, and multi-fuel hybrid-electric engines for the defense industry. Back in February of 2014, Logos was awarded a Phase 1 Small Business Innovation Research grant by DARPA, the Defense Advanced Research Projects Agency (You guys remember DARPA from Metal Gear Solid, right?) to assess the feasibility of producing a hybrid-electric bike. Logos toiled away for the rest of the year on the study and, since the company knows what's up when it comes to hybrid-electric systems, DARPA awarded it the SBIR Phase 2 award in December 2014. Once that happened, it was off to the races.

For the next stage of development, Logos teamed up with Alta Motors. Using Alta's killer Redshift off-roader as a base, Logos produced an all-wheel drive, hybrid-electric motorcycle that easily met DARPA's requirements for a "low-acoustic, lightweight, rugged, single-track vehicle that can operate near-silently for extended periods while transporting small numbers of troops over hostile terrain." The prototype was ready by 2016, and based on its merits DARPA gave Logos the go-ahead to produce two bikes for testing.

So what is the SilentHawk exactly? Well, like I said earlier, it's a hybrid-electric off-roader built on Alta's Redshift platform. It combines Alta's electric motor with one of Logos' flex-fuel hybrid-electric systems to produce a flexible, capable bike that can recharge itself on the go. It weighs 350 pounds, has a range of about 170 miles, and can burn gasoline, JP-5, JP-8, Jet-A, AVGAS, and even propane in the field when not running on its electric motors. It's also extremely stealthy, a definite plus when sneaking around hostile territory. How stealthy is it?

A clearer look at the SilentHawk.

“In ‘silent’ mode, when the range-extension genset is off, SilentHawk is about as loud as a normal office conversation,” said SilentHawk program manager Dale Turner in a recent press release.  “When the rider is out of harm’s way, and the range-extension system is engaged to charge the motorcycle’s propulsion battery and to provide auxiliary power for equipment, it’s still only as loud a vacuum cleaner.”

“Our goal is an operational prototype with a modular architecture, which would enable the user to configure it with or without the range-extension system to meet specific mission requirements,” said Turner.

That all sounds pretty good to me. If and when we learn more about the SilentHawk, we'll let you know. Hell, maybe we can even get our hands on one and I can take it out into the woods to live out my Marine Recon fantasies. Stay tuned.