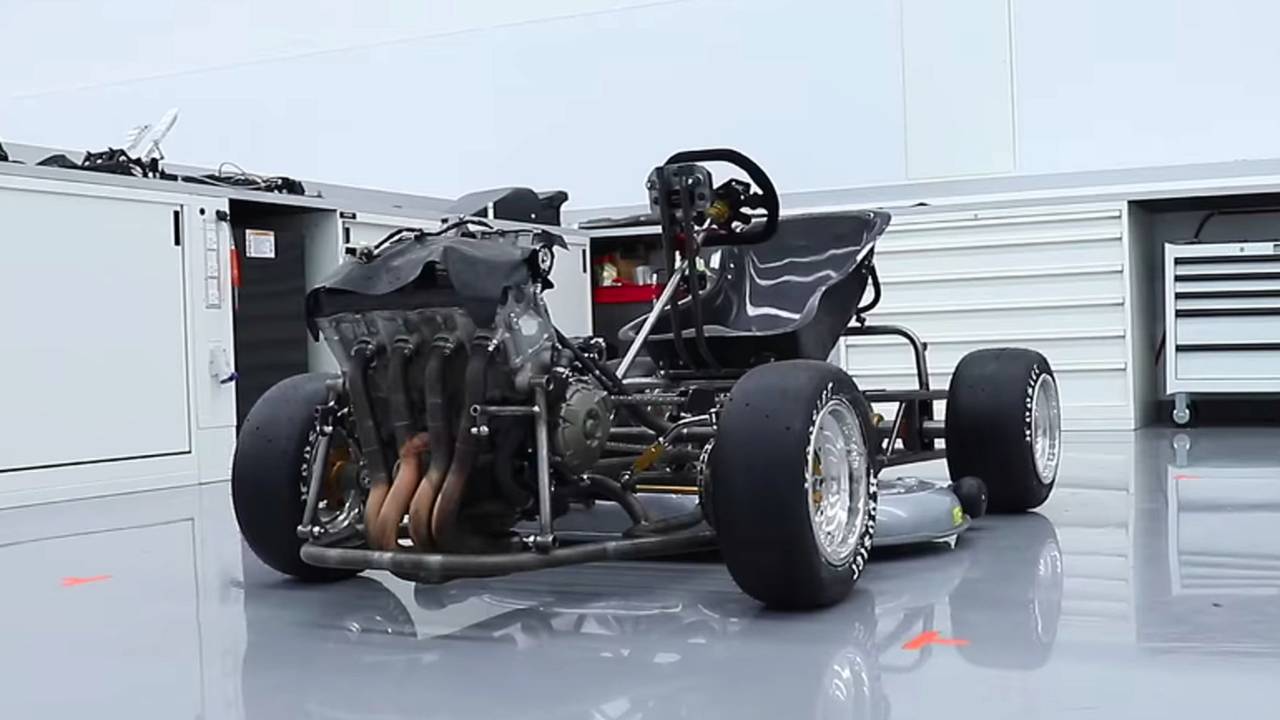 Whenever backyard-style projects get factory backing, you know the results are going to be interesting.

Honda slapped a Fireblade engine in its record-setting racing lawnmower, and now chores around HQ get done faster

A few years ago, Honda and its British Touring Car partner Team Dynamics pieced together a lawnmower powered by 109 horsepower Honda VTR Super Hawk engine. Dubbed The Mean Mower, it was used to set a world-speed-record for World's Fastest Lawnmower at 116 miles per hour, because of course it was. Now Honda and Team Dynamics are back at it, taking things further this time by building a new mower with an engine from Honda’s latest CBR1000RR Fireblade.

The new contraption will make a cool 190 horsepower and is guaranteed to smash the 2014 record. At the helm of the “Mean Mower 2.0” will be Jessica Hawkins, a pilot Honda refers to as “rising race star”. In the near future Hawkins will take out the wacky vehicle to see what it’s capable of, while simultaneously breaking a world record.

Based on what the 2014 run looked like in the VTR-powered runner, I can only imagine how ridiculous the new version will be. While I do enjoy this kind of project, I am somewhat baffled as to why Honda felt this would be good marketing, and I’m equally confused as to who this is trying to reach or what they’re trying to promote with it, but so long as it yields a cool video or two, I’ll take it.

You can check out Honda’s recently released video about the Mean Mower 2.0, as well as the footage from the record-setting 2014 run in the video.