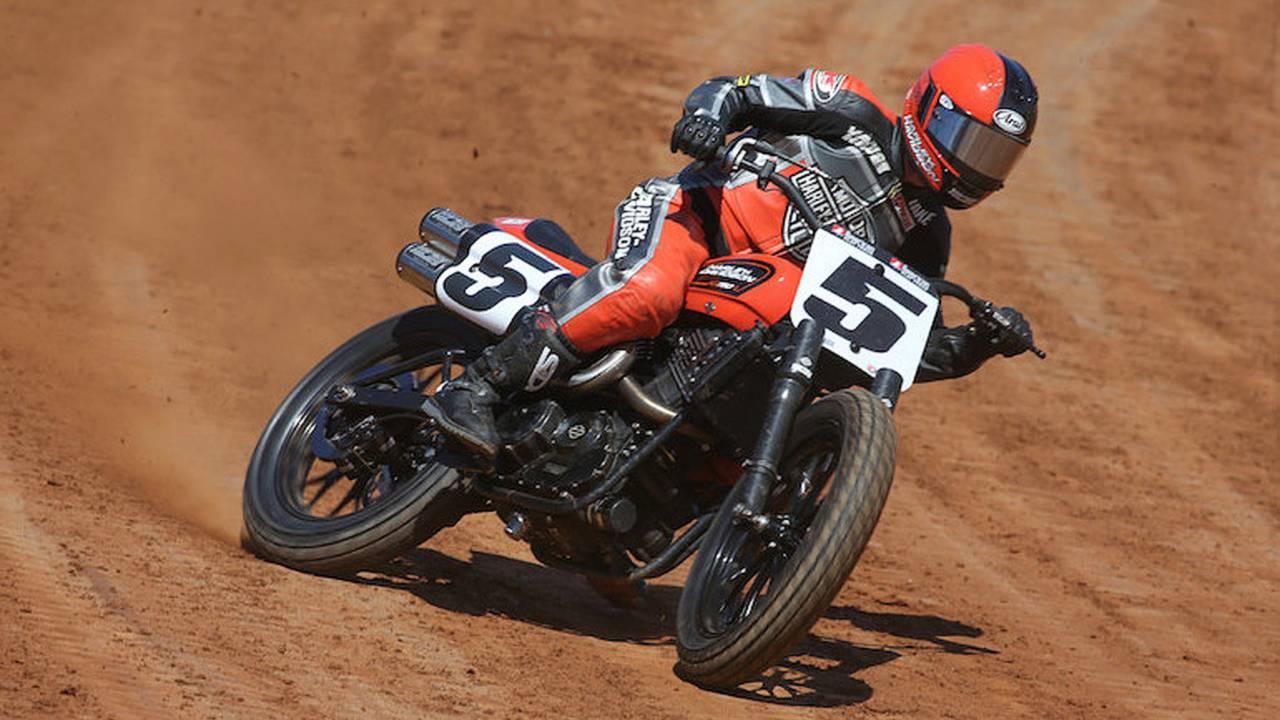 In an effort to replicate Indian’s success, Harley-Davidson makes an unprecedented investment in its 2018 American Flat Track contingency program.

The old “win on Sunday, sell on Monday” adage is probably more true than most realize. For example, according to Toyota the company saw a spike in sales after winning the NASCAR driver and manufacturer championships. While this probably isn’t a primary factor motivating sales, it does nonetheless appear that there’s a direct correlation between a successful race team and increased sales volume. This may explain why an increasingly desperate Harley-Davidson Motorcycles decided to shell out more than half-a-million dollars in contingency program money for the 2018 American Flat Track season. While it may be understandable that the MoCo is exploring every possible way to bolster revenues, its investment into flat track supremacy may be too little too late.

For decades Harley dominated flat track racing, achieving more than four dozen AMA Grand National Championships. Then everything changed in 2016. Indian Motorcycle had developed its purpose built racer—the liquid-cooled FTR750—and upon its debut at the Santa Rosa Mile it quickly became abundantly clear that Harley had a problem on its hands. Indian then went on to double down on its flat track program, hiring three former GNC winners, Bryan Smith, Jared Mees, and Brad Baker. The Indian “Wrecking Crew” not only went on to win the 2017 championship (and 14 wins and 37 podiums), but it wiped the floor with Harley and its then-recently released XG750R—the replacement to the legendary XR750 and the first new flat track racer from Harley in more than 40 years.

Not wanting to see a repeat of 2017, Harley reportedly poured as much as $562,500 into its 2018 American Flat Track contingency program, a figure that trumps H-D’s 2016 contingency program’s funding sixfold and is the largest in the company’s history. When Harley first announced its 2018 team, it was generally optimistic for the 19 race series, but as of the time this was written—roughly one quarter through the season—Harley’s top rider sits at 8th place in the standings, followed by a rider in 9th and 13th.

It may seem like winning flat track races might not have much pull in convincing customers to purchase cruisers—at least not as linear a correlation as MotoGP/WSBK wins do to sportbike sales—but Harley’s presence in racing could have the ability to draw in a younger audience, something Harley is in dire need of. According to our friends over at American Flat Track, just under half of its Facebook fans are in the 18-to-24-year-old demo, not to mention it also says it boasts a high number of fans in the teen (13-to-17-year-olds) demo, and roughly one-fifth of AFT’s FB fans are female—another demographic Harley would love to tap into.

Harley riders sliding into turn one at the Springfield mile

With Harley-Davidson’s sales down by double-digit numbers in the first quarter of 2017 alone, it’s clear that nabbing that sweet, sweet millennial demographic is more needed now than ever. Though it could be purely coincidental; Indian dominated during the 2017 season and it’s currently experiencing sales growth and an increasing market share in the 600cc+ segment. So there’s a good chance Harley saw this and wanted to replicate the same success.

It is worth mentioning that if Harley doesn’t actually win races then it doesn’t actually have to pony up any of its more than half-million in contingency money. That said, that funding has been earmarked and set aside, meaning it is not currently being invested into the development of, oh, I dunno…new bikes maybe? Obviously the answer to Harley-Davidson’s problems probably doesn’t lie solely in flat track racing, but the marque clearly needs to do some major rebranding and flat track racing is an important step along the way. Harley also received some rare but nonetheless appreciated good luck in the form of Indian’s biggest flat track star recently getting busted for “tire doping”. So there’s that too.