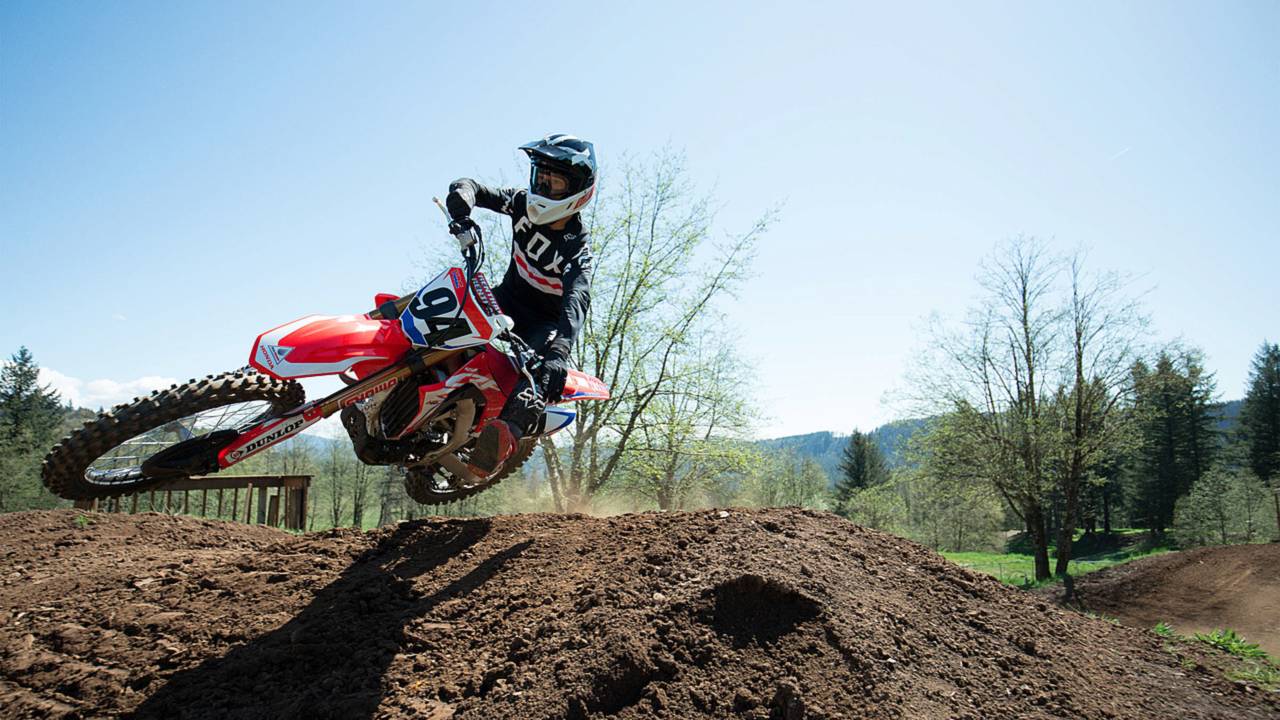 One new model wasn't enough: Honda introduced three to the CRF lineup and rehauled the rest for a sharp-looking family picture. Here's what's new for 2019.

Something new, something borrowed, but nothing blue; the Honda CRF lineup's complete overhaul

Spring brings a wind of renewal to us Northern dwellers. Everything becomes brighter and shinier and we, quite literally, spring back to life. It seems the return of Spring has had a similar effect at Honda. The company recently launched its new and improved CRF lineup, featuring two newcomers to the off-road family.

Seemingly inspired by its Austrian competitor KTM, Honda has diversified its off-road offering for the 2019 model year. The models you know and love such as the 450X and 250X have received significant upgrades. Others—the 450L, 450RWE, and 250RX—are brand new, just in case none of the original five models weren’t enough to inspire you to tackle uncharted territories.

The CRF450L becomes the street-legal cousin. Don’t worry, at a fundamental level it remains a proper dirt bike, but receives a few subtle additions that won’t get you pulled over—namely lights, mirrors, and a civilization-friendly exhaust. The L is a dual-sport in spirit and draws its DNA from the dirt and not the asphalt.

The CRF250RX is the lovechild of the 250R and the 450RX. The performance-dedicated, closed-course model receives a 2.2-gallon resin tank, optimized suspension and ECU settings, and an 18-inch rear wheel. This model allows Honda to now have a foot in both displacement classes.

If you’re a hardcore off-roading aficionado at heart, you’ll be able to get your hands on the 450R Works Edition that takes the base R a notch further by adding a flight of fancy-sounding, high-performance features. The RWE runs on the same 449cc four-stroke block as the standard R with the addition of trim-specific cylinder head, as well as a Yoshimura titanium slip-on muffler, titanium nitride-covered fork legs and shock shaft, and pro motocross racer no. 94 Ken Roczen-inspired graphics.

DIY: The Good the Bad and the Ugly - Building a Kawasaki KLR650 Adventure Bike

As for the rest of the family, countless upgrades have been made across the board, both on the power and the agility fronts. Primarily more sophisticated engine components and ECU settings that increase the output and efficiency, and lighter parts to reduce the number on the scale even further. The full rundown of upgrades is available on Honda’s news site.

Which one would be your weapon of choice to take on your next excursion off the beaten paths? Happy off-roading!