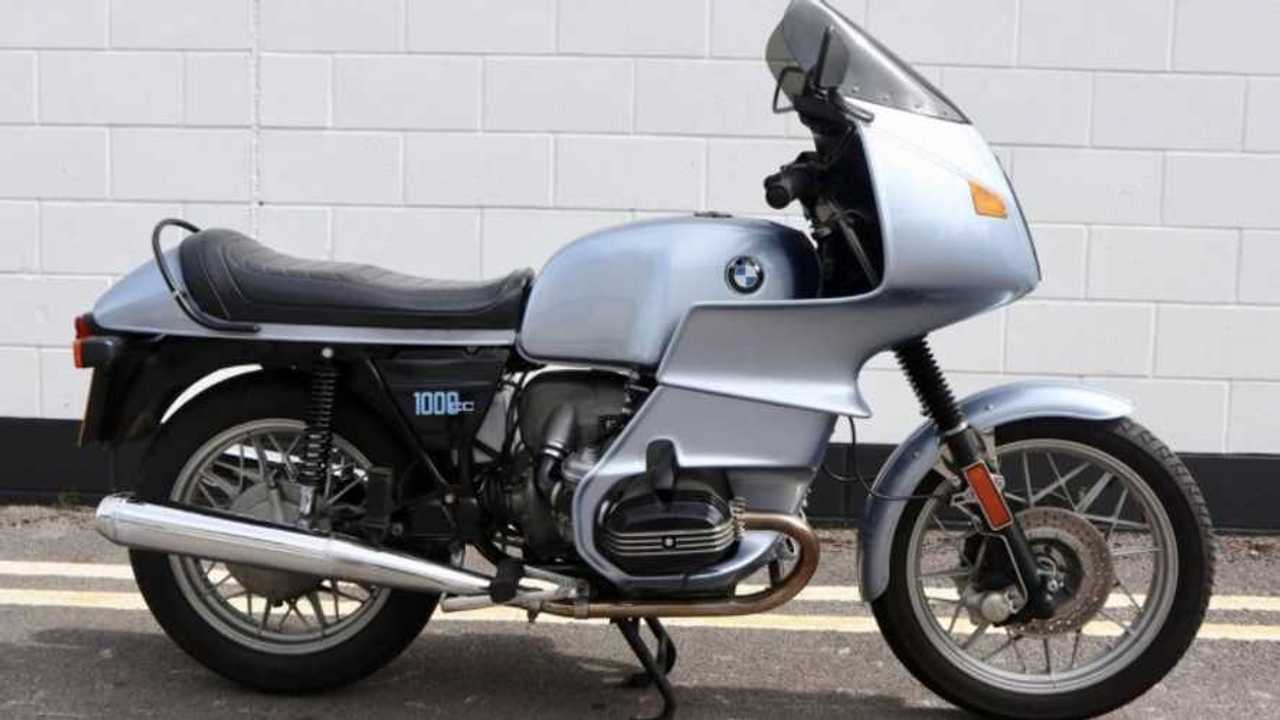 This bike would make for quite the collector's piece.

The BMW R100 series of motorcycles was launched in 1976, and provided the company huge success. The range topper among BMW's repertoire, the R100 came in several flavors, but all variants were powered by an air cooled, two cylinder boxer, four-stroke engine churning out 59 horsepower. Most notable of the R100 line would be the R100RS, with its futuristic and eccentrically-styled fairing. Based on the R100S, the R100RS set itself apart as a practical long distance tourer. In fact, it was BMW's interpretation of the ideal sport-tourer.

As opposed to BMW's Japanese competitors at the time, the employed engineering and design that defied convention. In and of themselves, BMW's motorcycles were rather unique because of their engine configuration—and more so, the eye-catching fairing of the R100RS. Needless to say, several decades hence, BMW continues to produce motorcycles with the iconic boxer engine, where it finds huge success in doing so.

This brings us to the bike featured here today. Listed on We Sell Classic Bikes, is a 1979 BMW R100S. The listing states that the bike is indeed a BMW R100S, however, it features the iconic fairing of the R100RS. Now, I'm not sure if it was an oversight on the part of the owner/seller, or if this is indeed a legitimate example of a BMW R100RS. Nonetheless, the bike looks to be in decent condition. Having undergone restoration at some point in the past, the bike displays 32,583 miles on the odometer. Finished in one of the most popular colors for the R100RS, the silvery blue color scheme does a good job of accentuating the futuristic lines of the fairing, which made the bike look ahead of its time.

Listed for the equivalent $7,670, the bike features all orginal matching frame and engine numbers. The seller claims that it's in mechanically sound condition and starts with the push of a button. If any of you are in the market for a BMW R100S or R100RS, I reckon this bike could be worth checking out.