Watch BMW Take You Back To The Beginning Of Its Motorcycles

Motor is rad, and so is history.

Buckle up, fellow moto history nerds, because BMW Group Classic has a special treat in store for you today. Inside BMW Group Classic is a YouTube series that typically focuses on the company’s storied automotive history. That’s totally fair, because not every company has as broad and deep a history as that of Bayerische Motoren Werke.

In honor of the BMW R 18’s proud roots, IBGC decided to delve into the tiniest, most relevant slice of BMW Motorrad history in this video. Since the two presenters are car guys, they brought in a BMW Group moto historian to school us all about BMW Motorrad’s beginnings.

As you’re probably aware, BMW was also an aircraft manufacturer. Engines may be a bit different, but they’re still engines. So, back in 1922, Nuremberg-based bicycle maker Victoria bought a whole bunch of BMW’s first-ever motorcycle engines. At the time, BMW hadn’t started making full motorcycles of its own, so it was happy to supply those engines to Victoria in 1922. 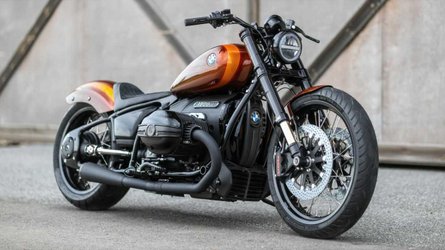 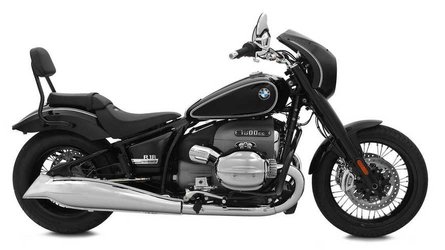 From there, we learn about the very first motorcycle that BMW Motorrad built from the ground up, in 1923. In case you wondered, even all the way back at the beginning, BMW was absolutely committed to shaft drive. Taking a look at the chain design on the BMW-engined Victoria motorbike next to it makes it pretty clear why, too. Drive chains look like more than a bit of a nightmare to deal with in that era.

Way back at the beginning, riders had completely different operational challenges on a BMW than they do in 2021. Shifting was done on the right-hand side, and you had to mix the fuel and air manually via hand controls at startup. Thankfully, things have evolved since that point.

However, you can still see plenty of the basic stylistic elements that would come to define BMW motorcycles as the years went by. In that era, people didn’t have color choices for models the way they do in modern times. BMWs came with options, of course—it's just that paint color wasn’t one of them. You took home black with white pinstriping, or you didn’t ride a BMW.

Toward the end of the video, we get a little time with the R 5, which is the single historic model from which BMW’s designers drew the strongest inspiration for the R 18. For those unfamiliar, one look at that silhouette will instantly show you why.

Incidentally, Inside BMW Group Classic says that it’ll feature more motorcycle history episodes as long as people want them. If you enjoy this video, be sure to let them know with likes and/or comments so we can all learn more.