5 Motorcycles We Wish Were Still A Thing 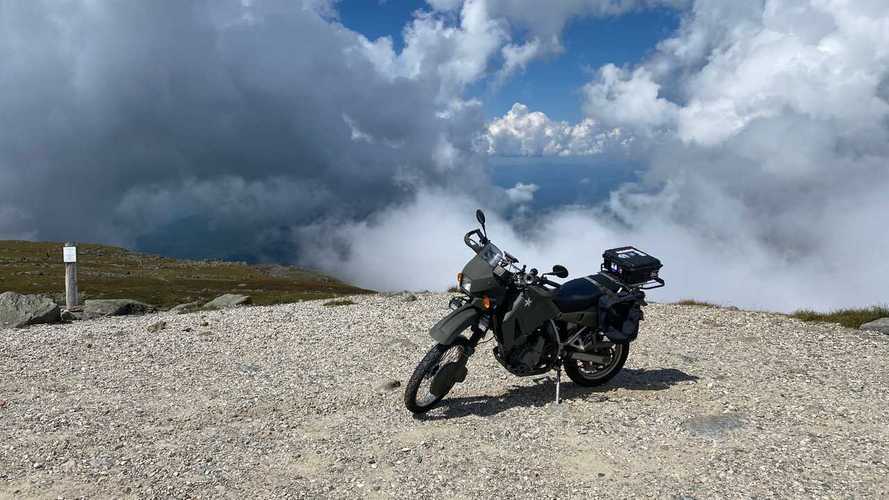 Gone, but not forgotten.

As the great philosopher Bob Dylan once said, "The times, they are a'changing," and motorcycles are no exception. The result is that today we have more powerful, efficient, reliable, and easy to ride motorcycles than ever. Sometimes, though, something gets lost along the way. When one model or brand goes away, another isn't waiting in the wings to fill its place, leaving a void in the motorcycle world. Here are five that we wish were still there.

Yes, I'm completely biased about this one because I have one, but hear me out. The KLR was the Swiss Army knife of motorcycles. It wasn't the best tool for anything, but it was a tool that could do everything. Just today, for example, my ride covered both unmaintained dirt roads and highways. The bike soaked everything up like a champ (granted, my upsized front sprocket helped with highway speeds). It's not a particularly refined motorcycle, having been designed in the 1980s and barely updated since, but it does any job you ask of it.

Kawasaki discontinued the KLR in 2018 and has not introduced a worthy contender. The Versys 650 looks the part of an adventure bike but is best suited for pavement and well-maintained dirt roads, nothing gnarly like the KLR can tackle. Kawasaki representatives have hinted to me that I should keep an eye on the KLX range for a possible replacement, but so far the closest bike I can find to a KLR is the Yamaha Ténéré 700, which is not a Kawasaki.

Another adventure bike that disappeared without a replacement is the Moto Guzzi Stelvio. There was only one generation of this bike, running from 2007 to 2017 with major changes in 2009. Many considered this Italian to be the equal of the BMW R 1200 GS and Yamaha Super Ténéré. We even said so ourselves.

The Stelvio, like so many other bikes, was a victim of increasingly strict European emission requirements. Rather than update the engine to comply, Moto Guzzi quietly killed off the model. Like Kawasaki and the KLR, they've had plenty of time to design a new one. Unlike the KLR, however, the Stelvio is rather rare, never having been sold in large numbers. Perhaps not enough people appreciated the Stelvio until it was gone.

Another bike that suffered from not being appreciated while it was around is the Honda PC800, which I've also owned. It's not just me who believes this, though. Time after time while I owned mine, another rider would tell me just how cool these bikes are, with their integrated trunk, super smooth ride, and high reliability. I rode mine from Massachusetts to Nova Scotia's Cabot Trail and back. Most tourers, however, opt for a larger, faster motorcycle like the ST1300.

The problem was that Honda marketed this bike to people who don't ride motorcycles, intentionally making it car-like for them. It was often derided as a scooter, despite its 800cc V-twin engine that propelled me to 95 mph on the track before I ran out of straightaway. Don't try that on a scooter. It was also quite expensive when new, costing more than the more traditional, more powerful Kawasaki Concours. It sold quite poorly as a result. I'd love to see a modern version, though, with everything that was great about the PC800 but updated to modern standards.

Former Harley-Davidson engineer Erik Buell took Harley's engines to their full potential in his racing bikes, and then racing-inspired road bikes. Who would've thought you could get so much power and speed out of an engine designed for a cruiser? Harley-Davidson noticed, and bought Buell's company as a skunkworks project to soup up their own motorcycles.

At least, that was the theory. In reality, things went the opposite direction. Buell's specially designed bikes disappeared, and Buell motorcycles started using off-the-shelf Harley engines. Buell was supposed to be the feeder company to the main brand, in the way people buy a Chevy before they buy a Cadillac. In 2009, Harley-Davidson shut down Buell Motorcycles to focus on its own brand.

Victory is another story of an American motorcycle company with great potential that got shut down rather than given a chance. Polaris, a huge company already successful in other areas of powersports, wanted a piece of the motorcycle market. Originally they wanted the Indian brand, but it was not available. So Polaris created their own brand from scratch, Victory. It combined the classic American cruiser with unique modern styling, setting it far apart from competitor Harley-Davidson. I've never particularly liked Victory's styling, but I appreciate what they were trying to do, and think they succeeded in giving themselves a unique image.

Then, in 2011, the Indian brand became available, and Polaris snatched it up. After building an impressive lineup of motorcycles reflecting Indian's long heritage, Polaris shut down Victory in 2017. On the one hand, it makes sense to not have two divisions competing against each other (again, see General Motors). On the other, it's sad that the first truly unique American motorcycle manufacturer in years lost out to modern interpretations of classic Indians. Victory had no heritage, which left them a clean slate to be something new and different. Sometimes I have a hard time telling a Harley and Indian apart at a distance, but there's no mistaking a Victory.

Suzuki to Discontinue the Hayabusa?
++

How To Prep Your Motorcycle For Winter Storage
Husqvarna Introduces 2021 TE 300i And FE 350 Rockstar Enduros
Is It The End Of The Road For The Aprilia Dorsoduro And Shiver?
Triumph Speed Twin Gets A Sharp Look With Custom Rennstall Kit
The Royal Enfield Meteor 350 Finally Gets A Launch Date

How To Prep Your Motorcycle For Winter Storage
Husqvarna Introduces 2021 TE 300i And FE 350 Rockstar Enduros
Is It The End Of The Road For The Aprilia Dorsoduro And Shiver?
Triumph Speed Twin Gets A Sharp Look With Custom Rennstall Kit
The Royal Enfield Meteor 350 Finally Gets A Launch Date
Commenting Guidelines