Weekend WTF: Just What Is A 'Real Motorcycle', Anyway?

When Kawasaki set out to make the Vulcan 2000, it had one major goal in mind: to make an absolutely ginormous muscle cruiser. Now, plenty of other manufacturers already had something in this department, so it wanted to make an even bigger, burlier example.

The end result was so big, Kawasaki actually rounded down the actual displacement of 2,053cc for the model name. Everyone else was busy rounding up, but not Team Green. That’s 125.3 cubic inches, for gigantic V-twin cruiser enthusiasts. It made a claimed 96 horsepower at the rear wheel, as well as 119.4 lb.-ft of torque at 3,350 rpm. It weighed a staggering 814 pounds, so you’d best not drop it on your foot. 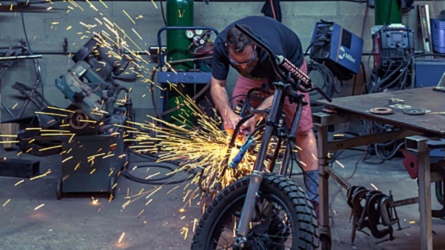 Weekend WTF: Are You A Real Biker If You Don't Wrench?
⠀ 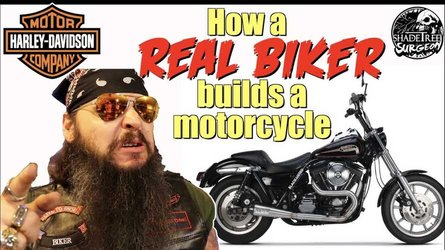 How A "Real Biker" Builds A Motorcycle

It’s not a bike for me, but that’s cool. There are literally TONS of bikes that aren’t for me. I’m fine with that, and you should be, too. I’m always down to learn more about bikes I don’t know a lot about, because I like both motorcycles in general, and also learning new things. I used to sometimes ride with a couple of guys who had VTXs, and we got along just fine because we weren’t a bunch of jerks.

What I don’t like is the perennial pissing contest about ‘real motorcycles,’ which SRK Cycles briefly touched on in this video. You know, those pointless arguments inevitably fought over someone’s extremely narrow definition of what a ‘real motorcycle’ is. Sometimes, it’s just extreme brand loyalty, with Harlistas, BMW believers, and Ducatisti alike getting testy if you offer the faintest whiff of straying from their One True Brand’s ™ path.

Other times, it’s the misperception that bigger is automatically better. More displacement. More horsepower. More weight. More, more, more. Meanwhile, you’re over here doing a pub crawl and riding 20 miles and I’m out doing 200. We all have our preferences for ‘more,’ I guess.

Look, we all have different reasons for riding, and also different bikes that we like. Why can’t we all just appreciate that we enjoy bikes, instead of fighting this same tired battle all the time? Seriously, it was old before I was born. It was probably old before you were born, too, and I don’t care how old you are. Just slow your roll, let people like what they like, and be happy that you’re all able to enjoy riding.