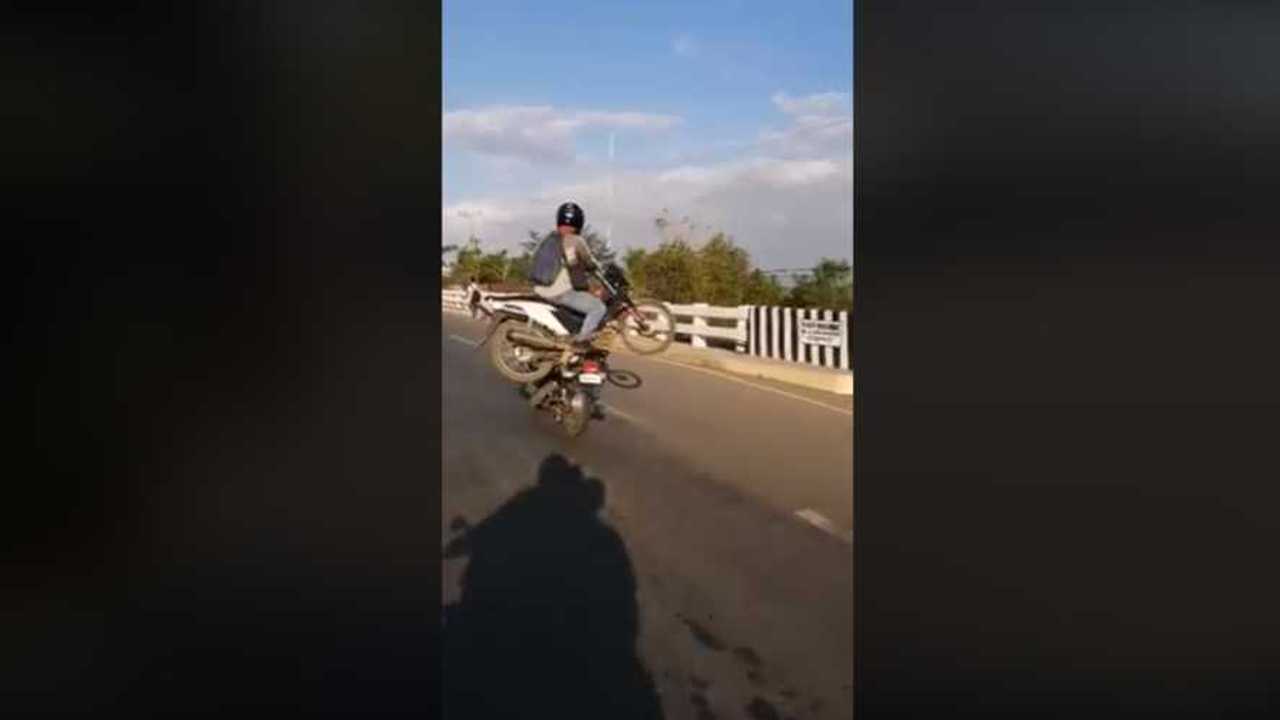 These "Do Not Do" Files are getting out of hand.

It seems as though people around the world just can’t help but post crazy videos of random lawbreakers. At least this time, the person doing the recording is not the one committing the hooliganism.

This video is making its way around social media, untagged and without explanation. It begins with a benign shot of what is obviously a couple of friends out for a ride. But what eventually comes into view is nothing short of baffling: a motorcycle and its rider, both simultaneously riding pillion on another bike, with a rider.

You cannot deny that both the rider and the passenger (passengers?) in this situation have some serious riding skills, but also questionable decision-making skills. I am also extremely curious about how the bike and rider came to be wholly riding another bike. What did that loading process look like? Have they done this before? How does anyone practice this sort of thing?

The good news is, that pillioning bike seems to be quite small. The riders probably just hefted it onto the rolling bike. No doubt their train of thought then involved a head-scratching moment when it came to figuring out how to secure one bike to the other. No problem, says one rider to the other, I’ll just hop on and hold it there!

Friends, we’re not here to tell you how you should transport your motorcycle; you’re going to have to figure that life lesson out for yourself according to your bike and your needs. Hopefully your project will involve a pickup truck, or a trailer, or one of those hitch-mounted carriers, or even your friend on her working motorcycle planting a boot securely on a footpeg of your non-working motorcycle, if it’s a very short haul (like up that last hill to a gas station) and you agree not to steer into each other.

This particular technique? We’re going to go ahead and say it’s a non-starter. The pillion rider is at least wearing a helmet, but imagine the result of one little wiggle from the rolling bike: not only do you fall off a motorcycle on a motorcycle (and off THAT motorcycle), but you fall from a great height, and at speed. Add this to the “Do Not Do” list.

We’ll say this for the Internet, friends: it is a fantastic communication device for educational material. In this case, it serves up a sterling example of the wrong way to move a dead bike.