Staying Safe When The Sun Goes Down 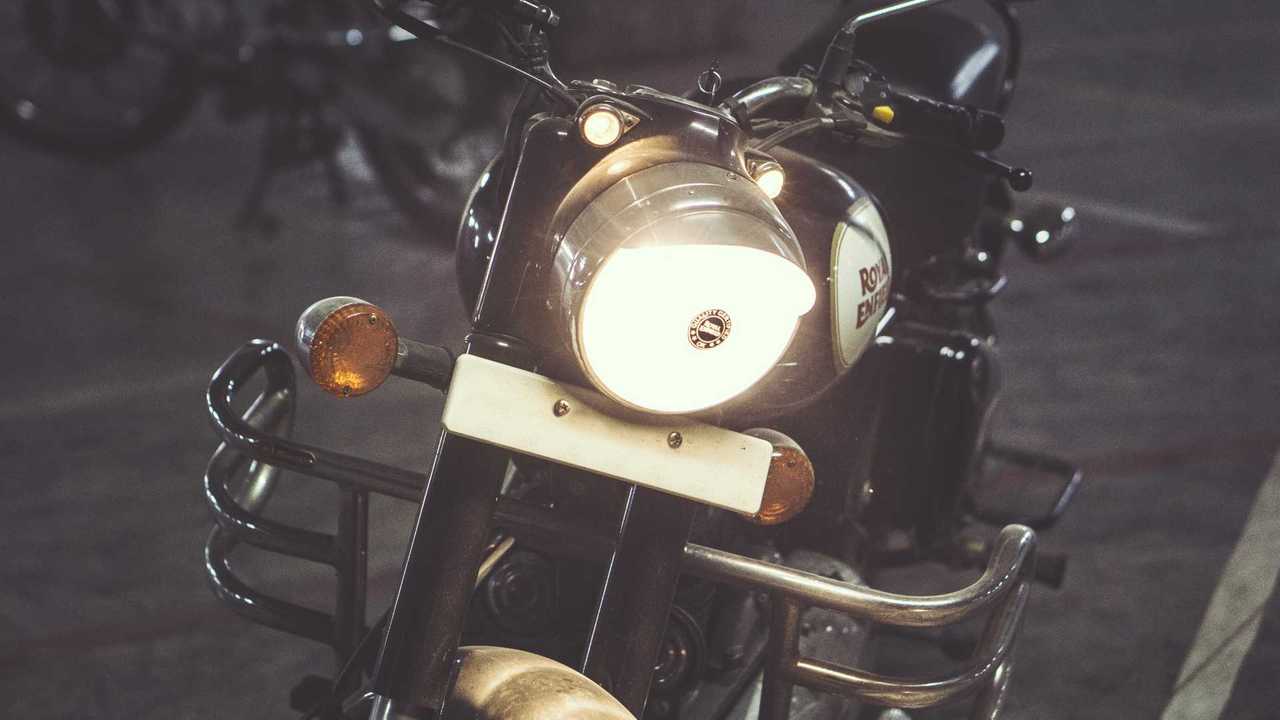 Here's how to see and be seen at night.

The days are getting shorter, but that's not going to stop us from stretching the riding season out for as long as we can. Some of us never stop riding through winter. Night riding opens up a whole new set of hazards, though, mainly related to seeing and being seen. Here's how to prepare yourself to be a night rider.

Union Coffee Bike Night Is Fun And Open To All

Without the sun to light your way, you have to rely on whatever light your bike can throw in front of you to see where you're going. Stock headlights range in quality from pretty good to utterly abysmal, so this is a good place to start. In the past, running more powerful halogen bulbs has been a popular solution. This draws more power from your already weak electrical system, though. Plus, your wiring harness may not be able to handle the extra power. A great solution is LED bulbs. Not only do they produce more light, but they also draw less power than your original halogen bulb. The light they produce is also a pure white rather than halogen's yellowish tinge, which is a bit more eye-catching. Make sure you invest in a good bulb, such as the ones available from Cyclops Adventure Sports that I use.

While you're at it, put an LED bulb in your tail light(s), too. It will last longer, and your brake light will be more visible thanks to its instant-on nature. You can upgrade your turn signals to LED as well, but this often involves some shenanigans with resistors, relays, and such to keep them flashing at the correct speed.

In addition to the lights the bike came with, you can also add more of your own. My Honda PC800's headlight beam pattern is terrible, to the point where not even the Cyclops bulb helped improve it much. I added a pair of cheap LED driving lights from SuperBrightLEDs.com to supplement the weak headlight. Look for a "spot" beam pattern, which throws light a good distance down the road while still illuminating the sides just a bit. Pencil beams are good for high-speed highway riding. Flood beams will only light the general area right in front of you, so while they're good work lights, avoid them for this purpose. Whatever you get, be careful to aim them away from oncoming drivers' eyes. You don't want to have them swerve into you due to their target fixation on your bright lights.

Again, tail lights are worth upgrading, too, so you can be seen from behind. When I replaced my Honda Shadow's turn signals, I tied them in with the stock tail light so that when they weren't flashing as a turn signal they shined steadily, giving me three tail lights instead of one. I used red turn signals for this purpose since most states frown upon amber tail lights. On my PC800, I used AdMore Lighting's kit to install LED brake, turn, and tail lights in my Givi top trunk. This puts a complete second set of lights at drivers' eye level, making them quite difficult to ignore. I also added a brake light flasher that briefly flickers the LEDs before they shine steadily, again to get drivers' attention. This may or may not be 100% legal, as it's a flashing red light. I've never had any issues with law enforcement, however. Just to be safe, though, I unplug these lights for state inspection, since the bike's original lighting still works fine.

You don't have to rely on your own lighting to be seen. Reflective tape lights up your bike from other people's headlights, making you even brighter than before. Some people go nuts with white, yellow, amber, and red tape everywhere. I liked the blacked-out look of my Honda Shadow, but I added several strips of black reflective tape to my saddlebags. The black strips were invisible during the day but lit up white at night to make me much more visible.

You can get as creative as you want with this. Cut out pretty designs. Stick it anywhere you want, including your helmet or jacket. Some riding gear comes with reflective piping sewn into it, which is also helpful.

Slow Down And Watch Out

We've covered how to see and be seen, but it's also worth mentioning that you should change the way you ride at night. You should only ride as fast as you can see, and be able to stop within the distance your lights shine ahead of you. As tempting as an empty highway in the middle of the night can be for high-speed shenanigans, think of the deer crossing the road that you may not see until it's too late. Another hazard is drivers who set off with only their daytime running lights on, leaving them completely unlit from behind.

As always, you have to watch out for "the other guy," and that's even truer at night. It's much more likely that other people on the road have been drinking at night than during the day. If it's particularly late, people will be tired, which can adversely affect driving ability almost as much as alcohol.

Even if you haven't upgraded your lighting or added any reflective tape, this is one step you can take on any bike to be safer on the road. Of course, upgrading your lights lets you see farther down the road, which lets you increase your speed. Even then, though, you should slow down a bit from your daytime pace.