Light Up Your Life With A Cyclops LED Headlight Bulb 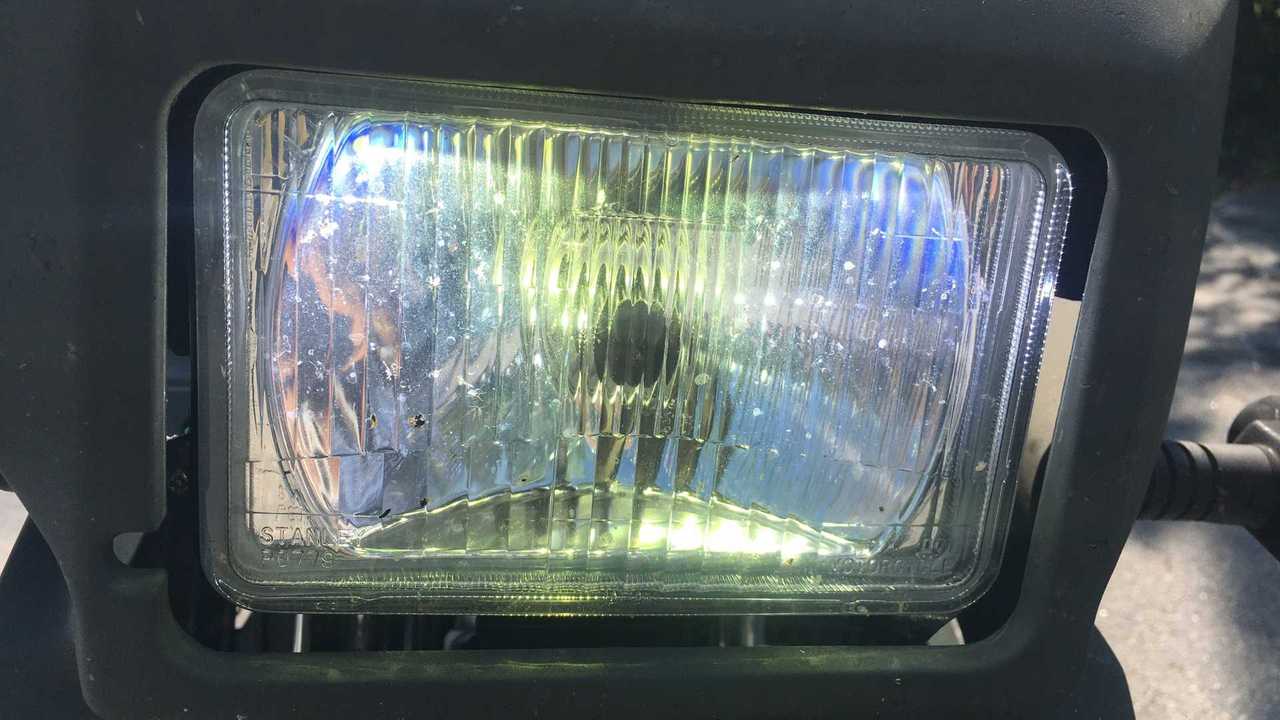 You can buy fancy kits, but a simple LED bulb may be all you need.

All too often, vehicles come with headlights that are woefully inadequate for the speeds they travel, and motorcycles are no exception. You can always add auxiliary lighting, and many bikes have aftermarket kits available that replace your original headlight with something that shines well. Both of these options can get quite expensive, though. Sometimes, all you need is a simple LED replacement for your halogen headlight bulb.

Let There Be Light:

My Honda PC800 headlight was pretty poor, and since it's such an unusual bike no aftermarket replacement is available. A few years ago, at the near-unanimous suggestion of the PC800 Facebook group, I bought an LED headlight bulb from Cyclops. It's a plug-in replacement for the stock halogen H4 bulb. There's more to it than the halogen bulb, though. There's a fan on the back that sticks out farther than the original bulb, which may require modifying or omitting the rubber boot that normally seals this area up. Some wires come out of the bulb leading to a small voltage regulator box, with more wires coming out the other side that plug into your factory headlight wiring. I ended up zip-tieing this extra wiring to some internal fairing supports to keep it out of the way.

I turned on the ignition, and the bulb came to life. The color is a pure white, not the yellowish color of a halogen bulb, which gives the bike a more modern look. When I got it out on the road, however, headlight performance was only marginally better. This was not the fault of Cyclops, but Honda. The headlight beam pattern is terrible, and unfortunately, all the extra light in the world can't fix that. I kept the bulb, and also added some cheap LED driving lights to the forks. Unimpaired by the poor headlight beam pattern, these lights essentially became my headlights, overpowering the output from the actual headlight when it got dark.

Then I got my Kawasaki KLR 650. Like the rest of the bike, its headlight technology is straight out of the 1980s—in other words, terrible. It's no wonder so many people add off-road lighting to these. One thing going for the KLR, however, is that it has a standard lens that isn't custom formed to the swerves and curves of a fairing. It's just a big rectangular block on the front of the bike. Like the PC800, it also takes an H4 bulb, so I decided to transplant the Cyclops bulb to the KLR to see if it would help. To say that it does would be a gross understatement.

No longer encumbered by the PC800's poor beam pattern, the Cyclops LED bulb transforms the KLR's headlight from borderline useless to pretty darn good. On an empty New Hampshire highway like this one, I have no concerns about doing 50 mph with the four Cree LEDs inside the bulb lighting the way with 3800 lumens of light. I'll still probably add some off-road lighting someday, because why not, but I'm no longer worried about getting caught out after dark on my KLR.

My Cyclops bulb is an older version that I bought two years ago. The latest version sells for $79.95, or $89.95 for the "Ultra" version that shines all four LEDs on high beam instead of alternating between the two low and two high LEDs. I'd recommend spending the extra $10—the extra light is worth it. While Cyclops does not give a lumen rating for this version of the bulb, they do say that each LED element puts out 2500 lumens on its own. That doesn't mean 10,000 lumens are coming out of the bulb, but it's still quite a bit while drawing only 38 watts. That's less than the 55 watts a standard halogen H4 bulb draws on low beam, which is great for weak motorcycle charging systems.

While $79.95 is still significantly more than the few bucks a halogen H4 bulb costs these days, I think the safety benefits of throwing more light on the road at night, as well as being seen better during the day, is worth the investment. There are a lot of cheap, poor quality LED headlight bulbs out there these days, but Cyclops is not one of them. If I hadn't already repurposed the bulb from my PC800 for my KLR, I wouldn't hesitate to buy a new one for it.