Remember When Yamaha Made A Bike For Women? 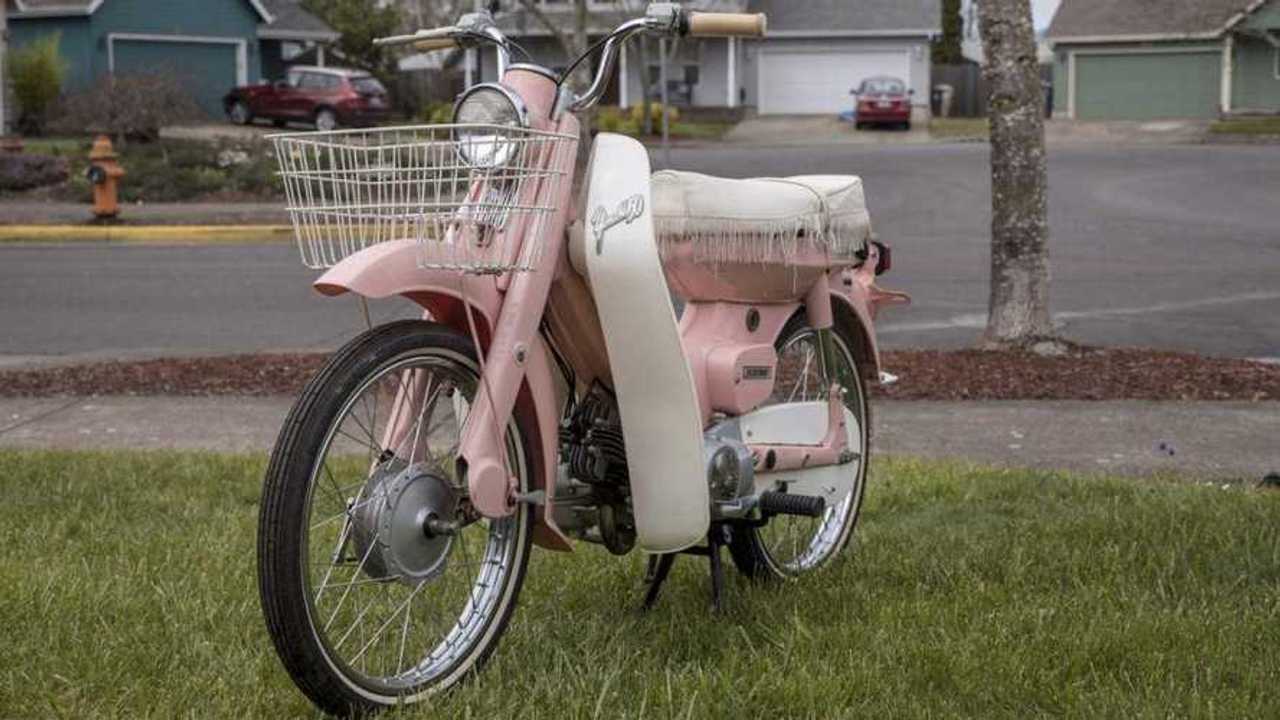 Everything a woman wants and more.

What do women want in a motorcycle? Baby pink paint, a wire basket, and fringes of course! What else do we really need, aside from a comforting color scheme and the elegance of shredded leatherette? I suspect this is more or less how the brainstorm at Yamaha’s went down circa 1965—which most likely involved no women at all. Despite some really badass women riding “normal” bikes even in the 60s, there came a time when Yamaha thought women needed a scooter of their own and that it needed to look like something right out of a Barbie fantasy. That’s how we ended up with the Yamaha U5E “Lady”.

THE MUSEUM OF HORRORS

If you’re part of the demographics Yamaha successfully reached with this Pink Lady, then you’ll be happy to know that there is one up for grabs on Hemmings. If like me, you just like to poke fun at the macho-istic approach to what “women really want” then let’s have a look at what we have here.

The Yamaha U5 “Mate” scooter was introduced in 1965 with a look à la Honda Super Cub with the straddling riding position and 50cc between the footpegs. Yamaha played the “public” card to the extreme by reaching out to customers to help name the new model and by hiring a famous (yet unnamed) songwriter to create the commercial’s jingle that went on to become a big hit.

The « Lady Yamaha » was introduced as a US-only variation of the popular little scooter with all the trimmings Yamaha thought would appeal to women. The model remained on the market for only two-years, a testament to its success.

The team behind the marketing stunt was thankfully proven wrong and sales of the model were exactly what you would expect them to be: very low. This makes this 1966 unit with only 15 miles logged in a rare finding. The scooter was kept inside and used as a conversation piece for the past 50 years. The new owner showed the U5E some love by replacing the battery, spark plus, and fuel lines, however the rest of the scooter is in its original condition.

Though some other manufacturers have since tried their hand at telling women what they really want in a vehicle (Chrysler LaFemme, shudder), companies have mainly dropped the whole gender-specific vehicle (not gear, we’re not there yet) gimmick and have found more power in telling customers they can ride whatever the heck they want. It’s always good to remember where we come from and learn from our mistakes and this 1966 Yamaha U5E « Lady » is a reminder that gimmick doesn’t always works, especially not when it’s done is such an obvious and predictable way.