How To Pose Next To A Motorcycle 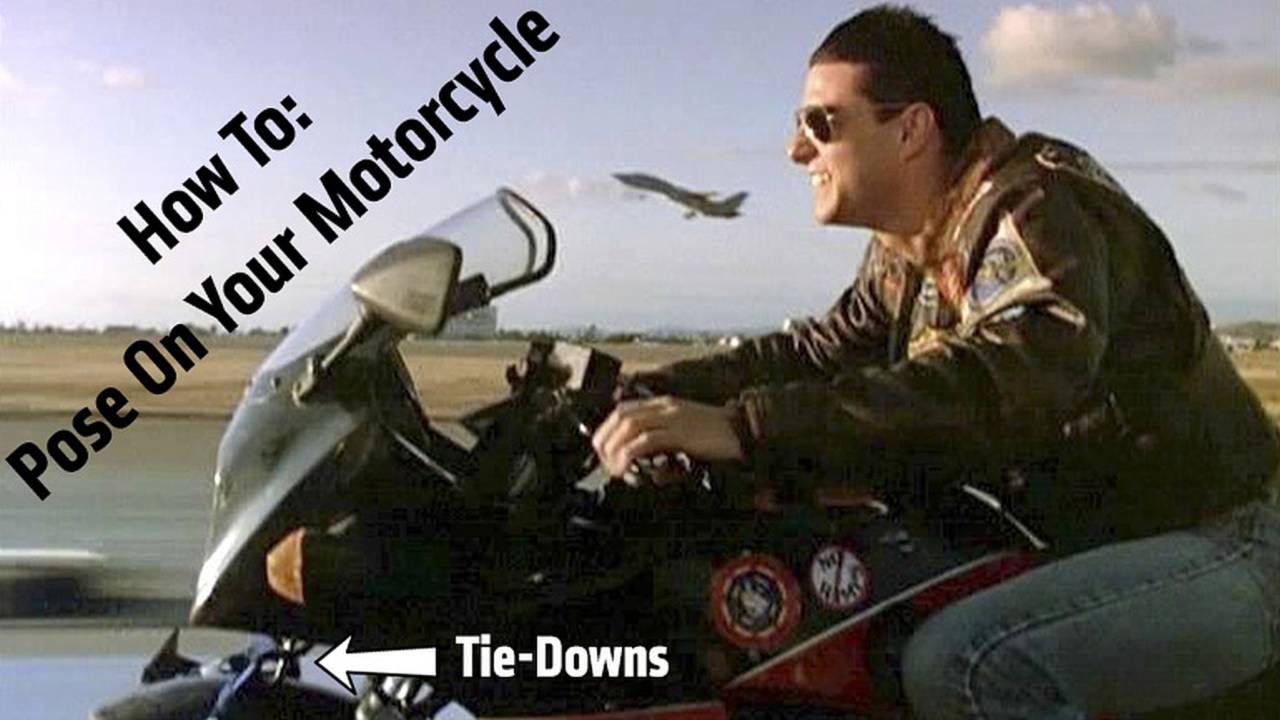 Here's how to pose next to a motorcycle without looking like a chump.

What’s the point of having a motorcycle if you can’t take awesome pictures on it to make yourself look cool on the Internet? Learning to pose next to your motorcycle is as important as throttle control or learning to brake properly (not really.) Either way, this makes for better Friday reading than that spreadsheet you are trying to finish by EOD.

If you’re one of the best at riding a motorcycle, in any capacity, feel free to pose next to your bike however you please. The smug grin is completely appropriate.

The “band boy photo” actually looks pretty cool when dressed in full gear. Maybe it’s that it makes you look even more super hero-ish, or maybe it’s just a nice take on a picture usually found in our daughter's/sister's/niece's bedroom; either way we’re a fan.

The f-stop settings, as far as I’m concerned, were created to make photos of you in front of your motorcycle look awesome. Whether it’s you or the bike in the background, you’re guaranteed to look cooler if one of you is slightly out of focus. Being a babe doesn’t hurt either.

Taking a picture standing next to your motorcycle is the definition of trying to look cool or show off. Avoid looking like you’re trying too hard by wearing a stupid outfit. Your friends will enjoy seeing this in their social media feed.

If you have a complete dose of badass it doesn’t matter if the photo itself isn’t actually any good. If you’re a man in a world of boys, post motorcycle selfies at will.

Ask for help from a professional. The cell shots your wife took before you set out for Sturgis look terrible. If you have a buddy who’s good with a camera and editing software and you want some nice pictures of you and your bike, it’s worth a six-pack or lunch.

Pose on or next to your seat. It’s probably the least cool looking part of your bike and allows for best views of both the bike and your bad self. Again, being a babe doesn’t hurt.

Posing next to a completely loaded-down bike, after completing a massive trip, is the best way to pose next to your motorcycle. Only one or two of your friends will understand the gravity of it, but the satisfaction you’ll feel every time you see it and memories you have of your epic journey will make it worthwhile.

A picture of you wearing your non-safety safety gear makes you look stupid, not tough.

The whole “gazing off into the distance” thing doesn’t make you look as pensive or interesting as you think. If you really want to take a shot of the bike and it’s surroundings, we don’t need to see your back.

Congrats, you can do a burnout. We’re all really, really impressed.

Don’t pose as if you are riding if you aren’t. We can see you are not actually moving.

Don’t pretend you’re working on or moving your bike just so you don’t have to feel awkward while standing next to it. We can tell it’s a set-up and that awkwardness is the price you should have to pay.

What is the all-time worst "bike pose" photo you've ever seen? Tell us in the comments below.

Photos: Felix Baumgartner Can Get His Knee Down

How To: Manage Helmet Hair