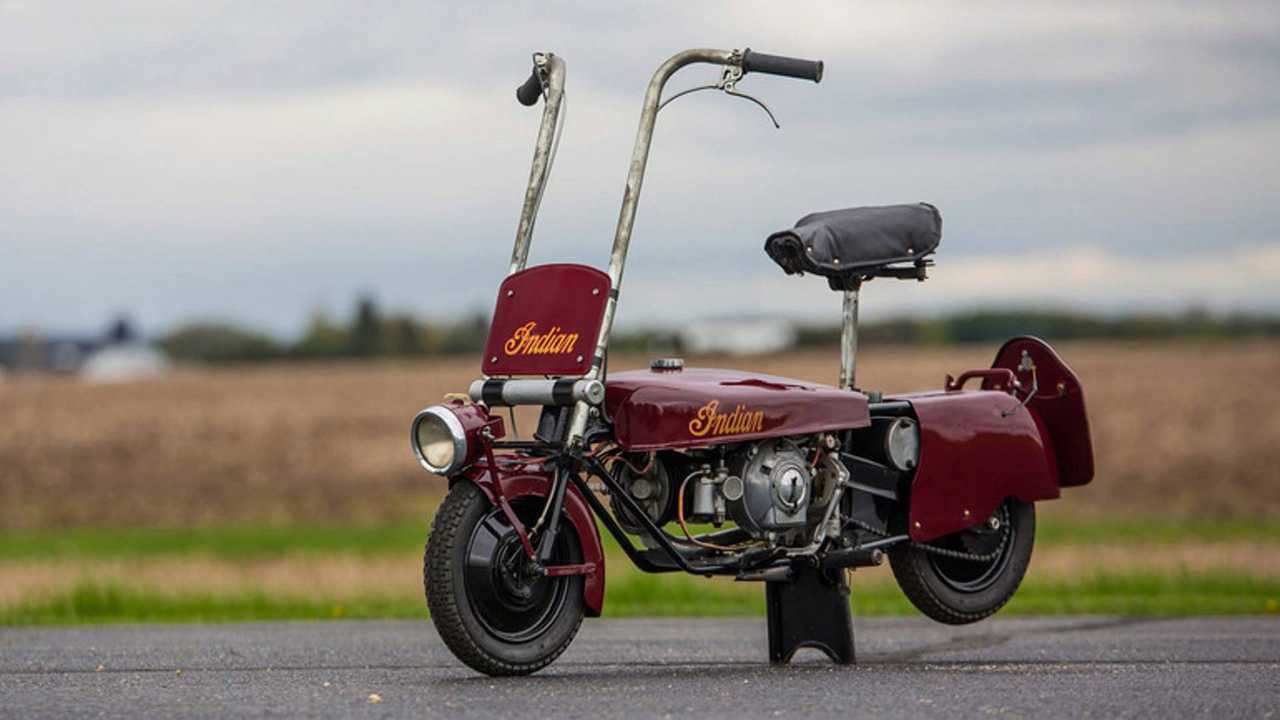 Hey, you guys want to see something weird?

Friends, today I'd like to introduce you to a new segment I'm doing here at RideApart called Cycleweird. What is it? Well, it's just what it says on the tin. Every so often, probably once a week, I'll feature relatively unknown, niche, cult, or otherwise weird motorcycle for your enjoyment. In each article I'll give you a bit of history and as much technical detail as I can find. I'll also include a ton of pictures, because we all like pictures.

Why am I doing this? Because I love weird stuff—weird fiction, weird food, weird music, weird cars, and especially weird bikes. Hell, I do own a Bridgestone, a marque that Chris had never even heard of until I started.

Anyway, without further ado, let's get to the meat of today's post. Today's weird bike comes from the strange days of mail order bikes and motorcycle badge engineering, back when you could order a motorcycle out of the Sears or Motgomery-Ward Christmas catalog and when our friends from Milwaukee sold zippy, small displacement Italian motorcycles badged as Harley-Davidsons. It's called the Indian Papoose.

A Welbike, the Papoose's predecessor

The Papoose started life during World War II as the Welbike, a folding motorcycle by the Excelsior Motor Company of Birmingham, England. Designed to be deployed from aircraft with Royal Army paratroopers, around 3,641 of these tiny bikes were built. They were largely used by the British 1st and 6th Airborne Divisions, and their most famous action was at the Dutch city of Arnhem during Operation Market Garden. After the war, the British Army sold off their remaining stock of Welbikes, most of which found their way to the United States. Since the Welbike lacked lights and a front brake, it was totally un-roadworthy and most were sold to farmers for off-road use. While America's farmers were putting around the countryside on war surplus minibikes from across the pond, the Welbike's original designer, Lt Col John Dolphin, was fine-tuning his old designs for a more civilian-friendly machine. The result was the Corgi.

A Mk.II Corgi with folded handlebars

After a brief design and testing period, Corgi scooters started production in 1947 and were built by Dolphin's Corgi Motorcycle Company Ltd. These civilianized Welbikes had a stronger, heavier frame, a conventional frame-top fuel tank, rear and front brakes, fenders, and featured an Excelsior Motors Autospryt engine. Some were even designed to haul sidecars, and two different sidecar models were sold by Corgi throughout the bike's run. During their production life, a little over 27,000 Corgis were built. In 1947 these sturdy little scooters began finding their way to the U.S.A., which is where the Papoose comes in.

The Indian Papoose was introduced in 1947, and was just a Mk. I Corgi with an Indian badge slapped on. This badge engineering came about through Brockhouse, a holding company that owned both Corgi and Indian at the time. The Papoose had the same 98cc two-stroke kick-started Autospryt engine as the Corgi, and featured a headlight and taillight to make them road legal. Top speed was a blistering 30 miles per hour, and it could go roughly 120 miles on a tank of gas. All Papooses (as far as I could tell) came in a lovely deep red color with gold Indian logos painted on the tank and on a plate between the handlebars.

Despite production numbers approaching 30,000, Papooses are rare as hens' teeth these days. They were mostly ridden into the ground then discarded after their useful life had run out. As is the case with a lot of cult machinery, there is an active Papoose owners club full of pedantic, cantankerous old graybeards who will gladly argue for hours with you about paint colors or whether or not a set of rubber grips is correct for a certain bike's production run. For more information on the Papoose–and the Corgi and the Welbike–check out the Papoose Owners Club's delightfully old-school website here. Also, keep your eyes peeled at swap meets and bike museums for these things, because really, who doesn't need a tiny two-stroke folding motorcycle in the garage?