Ask RideApart: Should I Buy a Chinese Motorcycle? 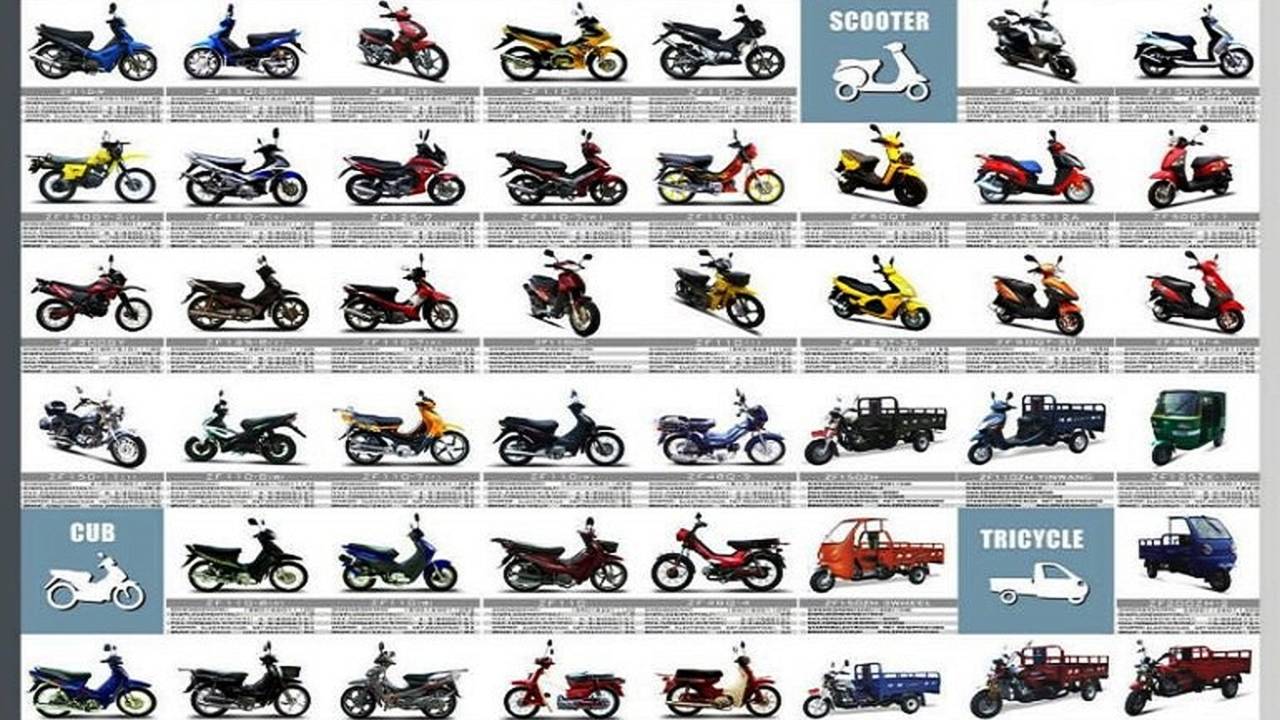 We get a lot of questions asking us whether buying a Chinese motorcycle is safe. We turned to Bryan to give us the lowdown on bikes from the Middle Kingdom.

I've been looking around for a motorcycle and I came across a 2006 CF Moto v5 250cc automatic Motorcycle. Since this is my first time going about this, I'm not entirely sure if it's a good choice for me. The price is great, but I'm not familiar with it to determine whether it's worth it or not.

Thank you for your time,

We get asked questions like this all the time, and I'm sure those of you who have been riding for years get asked the same thing by friends and co-workers who are just starting out. My answer to new riders considering a Chinese (or other off-brand) bike as their first motorcycle has always been a very emphatic NO! But poking around and doing some research lately it seems I might change that to just a no, without the bold face or exclamation point on the end of it. It just seems like xenophobia to tar all off brand bikes with the same brush, so let's dig in deeper.

First, should Andrea buy this particular bike, the 2005 CF Moto V5? To that I would still have to say no, with as much emphasis as I could, and here is why. The CF Moto V3 and V5 were two different styles of the same basic bike - a 250cc, liquid cooled, nearly full sized-motorcycle with the advantage of a scooter-like CVT transmission. Just twist and go. Eventually you will get up to freeway-legal speeds thanks to the bike's roughly 15 horsepower, but it'll take a long time to get up to the manufacturer's claimed 80 mile-per-hour top speed. In addition to the lack of power, because of the lack of clutch, CF Moto fit all the V3 and V5 bikes with scooter like rear brakes on the left side of the handlebars, which ran afoul of the DOT standard in the US for a motorcycle. All 6,400 V3 and V5 bikes sold in the US from 2005-09 were recalled and were supposed to have been returned to dealers to have a new foot controlled brake installed. Of the handful I can find for sale online, some even listed as 2010 models, not a single one is shown to have a foot brake. They have no website, and there doesn't appear to be any dealer network. Do I need to continue?

Without even looking up specifics on the make or model, buying a motorcycle more than 10 years old, from a brand that had little dealer support then and none now, is a horrible idea. Now, if someone were to give you this bike for free and you wanted to use it to learn how to ride, service, maintain, and fix a motorcycle made of nearly impossible to find parts, then go ahead and have fun with it. Once the price rises above free it gets a lot easier to justify walking away from the deal, though. (Also, real talk. There's no such thing as a "free" motorcycle -Ed.) The country's landfills, junkyards, back yards, and basements are littered with broken, no-name brand Chinese bikes that the dealer swore were as reliable and easy to get parts for as a Honda.

Now, If the question was should you buy a brand new CF Moto V5 Automatic, which appears to have had a retail price of $3299, the answer is a lot closer to yes. Unfortunately, or maybe fortunately, that doesn't appear possible at the moment. There are only a few new bikes available in that price range, and fewer motorcycles still with an automatic transmission. I would only say yes if there is an established shop in your town, with a service center, currently selling these bikes. A $4200 Honda Rebel 300 is going to seem a lot cheaper than a Chinese bike that was $1000 less but doesn't run and no one will fix. If it has to be an automatic, there are new scooters at the price point even from the big three Japanese companies, and the Taiwanese Kymco K-pipe has an automatic clutch (though you do have to shift the gears), is nearly real bike sized, and has an MSRP of just $1,999. (Andrea could also buy a used Hondamatic 400, just sayin' - Ed.)

For a long time, before the big recession, the market was flooded with Chinese minibikes, dirt bikes, moped, scooters, and even street bikes. A lot of these were being brought into the US by the container full, with dubious chances of getting them registered for the street and no factory support. There were a few Chinese companies that tried to do things the traditional way — a US office, an attempt at a dealer network, a real website, and a booth at one of the big motorcycle shows — but the huge global economic turmoil in the waning days of the Bush years washed away most of these. There are still some big power sports dealers trying to make a go of it though, like TxPowerSports. Read the fine print, and though they offer free shipping in the lower 48 states, parts, and a 12 month engine warranty, they also only offer exchange, no refunds, and you have to pay to ship it back to Texas with plus a 30 percent restocking fee.

Often a better bet is a company that is a Chinese/American partnership, like the Johnny Pag Malibu above. These bikes are typically designed in the US, manufactured in China, then assembled and checked over here before being shipped to customers or dealers. Unfortunately, in the case of the Johnny Pag bikes, they seem to have flamed out again in 2017 only a few years after reorganizing from bankruptcy.  That's a shame because they were good looking bikes, and featured a fuel injected, liquid cooled, parallel twin in chopper, cruiser, or sport bike style.

That is not to say that all bikes coming out of China with a name you don't recognize these days are junk. A friend of mine has an RX3 like the one above, from the California Scooter Company and has had almost no problems with it in a two years of ownership. After a garage tip over a new handlebar switch was inexpensive, and on its way to him from their US parts warehouse in 24 hours. When I had a similar issue with my brother-in-law's five year old Royal Enfield, the parts had to come from India. So this would seem to indicate that there are good deals to be had on Chinese manufactured bikes — the CSC RX3 is made by Zongshen — as long as you go with a brand and model with some US support system.

Two other brands that come to mind immediately are Cleveland Cyclewerks (though I was skeptical initially, they have been around a while now), and SSR. I have not talked to owners of bikes from either brand personally though, and would want to find a local shop that was willing to work on them before committing. Lifan has been trying to relaunch in the US market, but they don't seem to have done it yet. Qlink is not a manufacturer, but a distributor of various Chinese brands who are not afraid to put their own name on them and have a warehouse and offices in Texas.

So, to sum up, the TL:DR goes like this:

Should I buy a Chinese motorcycle?

If you avoid buying an off brand bike, sold out of what was recently an abandoned store front that has suddenly become a dealer of scooters, motorcycles, hoverboards, and fidget spinners, you should have years of fun.